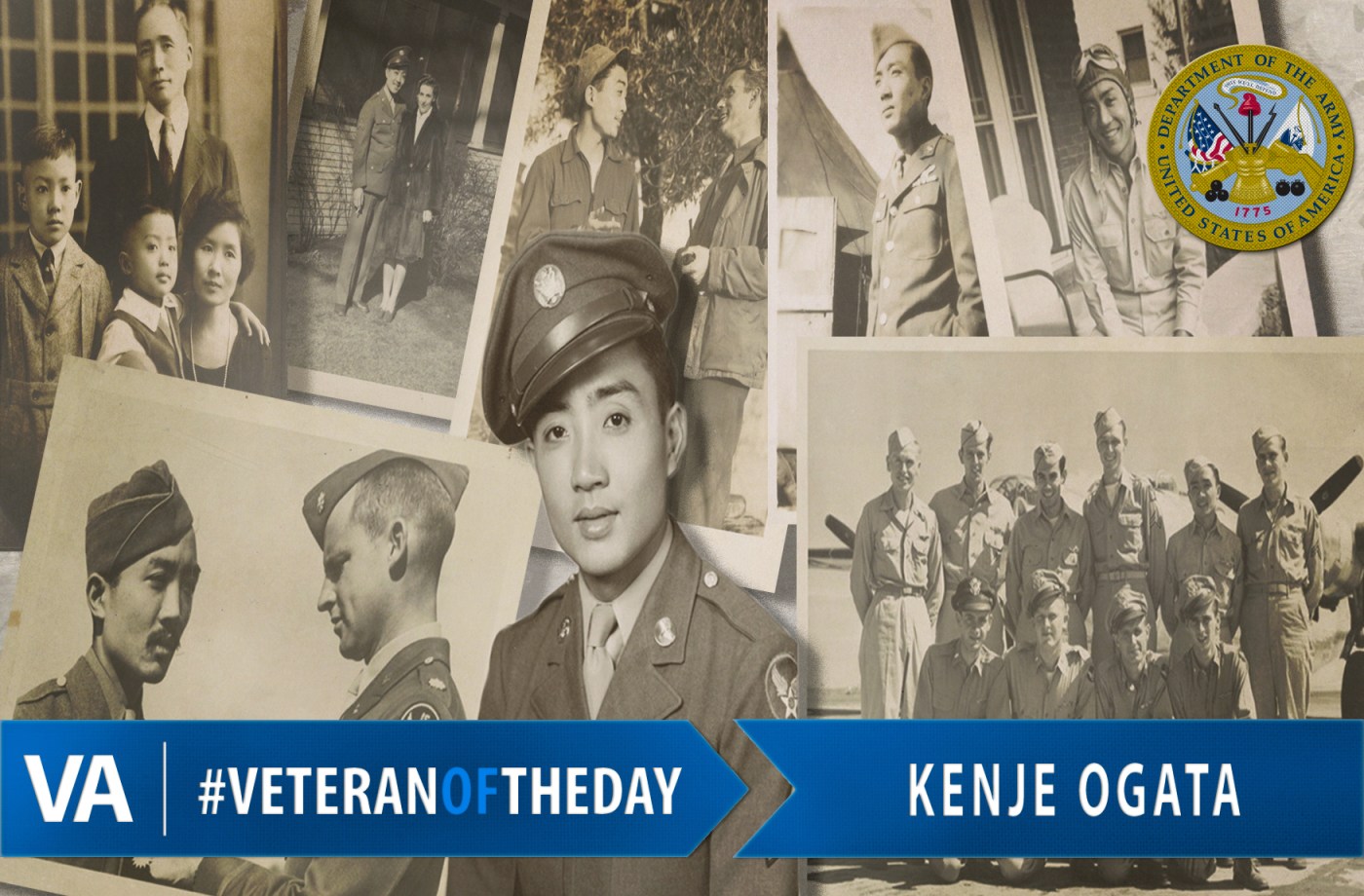 Enlisting the day after the attack on Pearl Harbor, Kenje assumed that, having gone through the Civilian Pilot Training Program, he would have no trouble securing a spot on a bomber. Instead, he was sent into the Medical Corps.

Kenje was sent to Camp Grant, a medical training center where he went through basic training as a medical corpsman. After a while it became obvious he was not going into Air Corps and that Japanese American soldiers were not advancing.

His letters to his wife, Wilma, convey not only his dedication to her, but also to doing his patriotic duty, even as his country discriminated against him.

“I know you were hoping that I wouldn’t apply for a transfer but … my conscience would never rest so long as I live, if I didn’t assert myself and fight for what I believe to be right,” said Kenje in a letter to Wilma in 1944.

After two years of advocating for a transfer to the Army Air Corps, he was finally given a chance to fly—but as a turret gunner, and not a pilot. He was sent to Italy and was supposed to have 30 days to train before the first mission. He was recruited to join a flying mission days after he arrived.

During the course of completing 35 missions out of Italy, he was shot down twice over enemy territory.

After the war, Kenje graduated from the University of Illinois College of Dentistry. He practiced dentistry until 1996.

Kenje passed away in 2012. We honor his service.