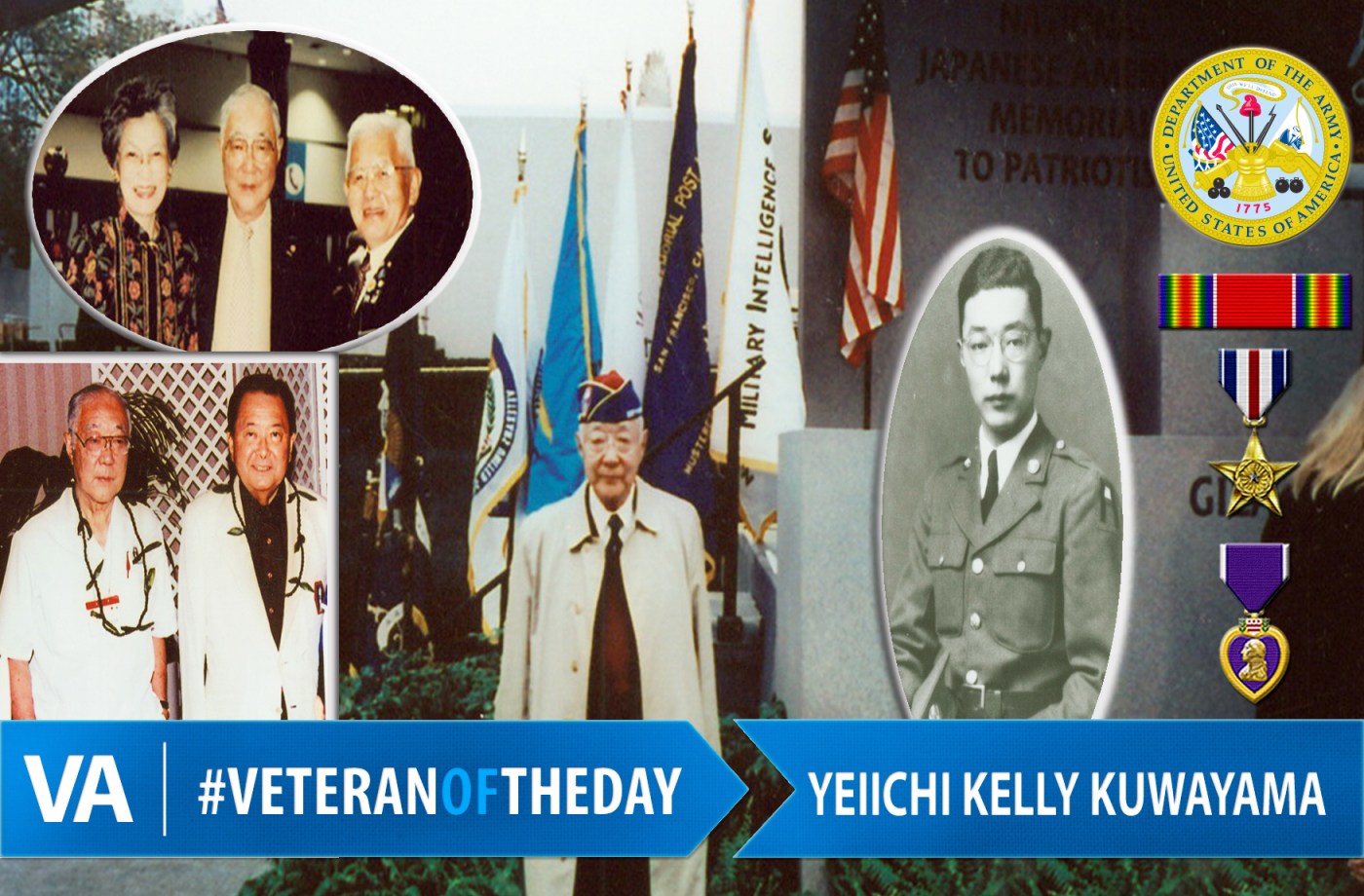 For over a year after Pearl Harbor, Japanese Americans were not allowed to enlist in the military. But Kelly had been drafted long before December 7, 1941, so he was in a kind of limbo: part of the armed forces but not allowed to fight.

Once President Roosevelt lifted the ban, the 442nd Regiment, composed of Japanese Americans from both the mainland and Hawaii, was formed, and Kelly became a battlefield medic with them. He was credited with saving the life of the late Daniel Inouye during combat in Italy, and was wounded during the battle for the Lost Battalion.

By the war’s end, he had received a Silver Star, Purple Heart, the Italian Medal of Merit, and was later named a Knight of the Legion of Honor.

Following the war, he earned an MBA at the Harvard Business School and worked for Nomura Securities in New York. He also worked in Washington, D.C. for the Office of Foreign Investments and the Securities and Exchange Commission.

Kelly passed away in 2014. We honor his service.