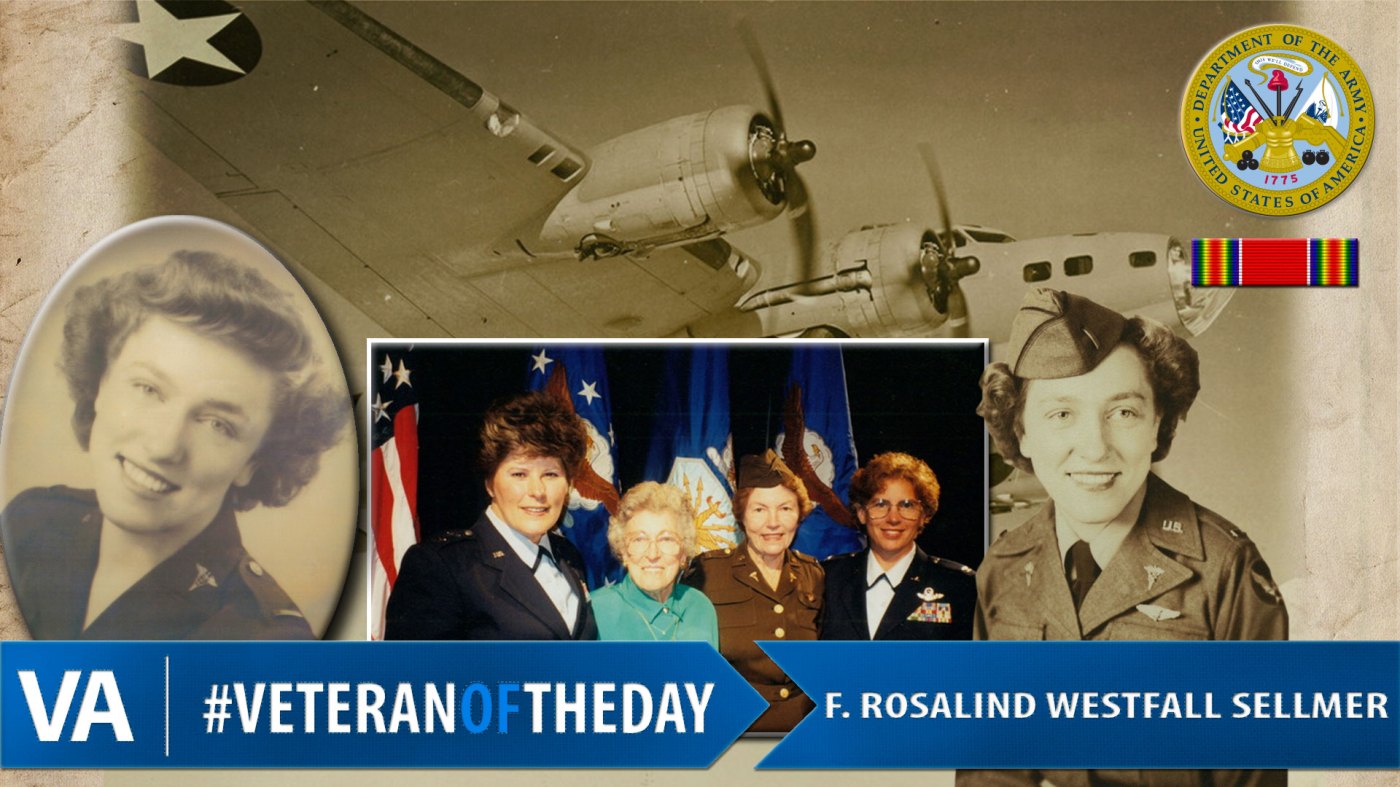 During World War II, Rosalind enlisted in the U.S. Army in January 1942, where she served as a nurse in charge of wards and clinics at Army Air Force installations in the U.S.

Advances in aviation created a new kind of medical career in World War II: the flight nurse who accompanied severely wounded patients back from the front lines to the United States for treatment. In March 1944, she graduated from the A.A.F. School of Air Evacuation at Bowman Field, Kentucky, and became a flight nurse.

She accumulated approximately 1350 flying hours bringing wounded soldiers home to the US from the European Theater. Usually working with only one corpsman, nurses like Rosalind cared for patients’ needs during the long flights that made their way from Paris to the Azores, then to either Bermuda or Newfoundland, and finally to New York or Miami.

Rosalind always packed a ball gown for every trip, because once she touched down, there was a dance to attend to help ease the tensions accumulated from her stressful duties.

“When I was flying, I had a boyfriend in every port, because if I didn’t, I wouldn’t have anything to do,” she said.

In 1946, while stationed at Keesler Field, Mississippi, she met a pilot who was returning from the Pacific, George W. “Red” Sellmer. Flight nurses were not allowed to marry, but she and Red were secretly married while she was still in the Army. In February 1947, she received her honorable discharge after serving more than five years in the Army Air Corps.

They lived in Florida where Rose worked as an R.N. at Florida State University while her husband returned to school. The couple and their young daughter moved to Indianapolis so “Red” could attend IU School of Medicine. Rose was an instructor at St. Vincent’s Hospital School of Nursing and in 1954 assisted in setting up her husband’s general practice office in Nora.

Rosalind passed away in 2008. We honor her service.