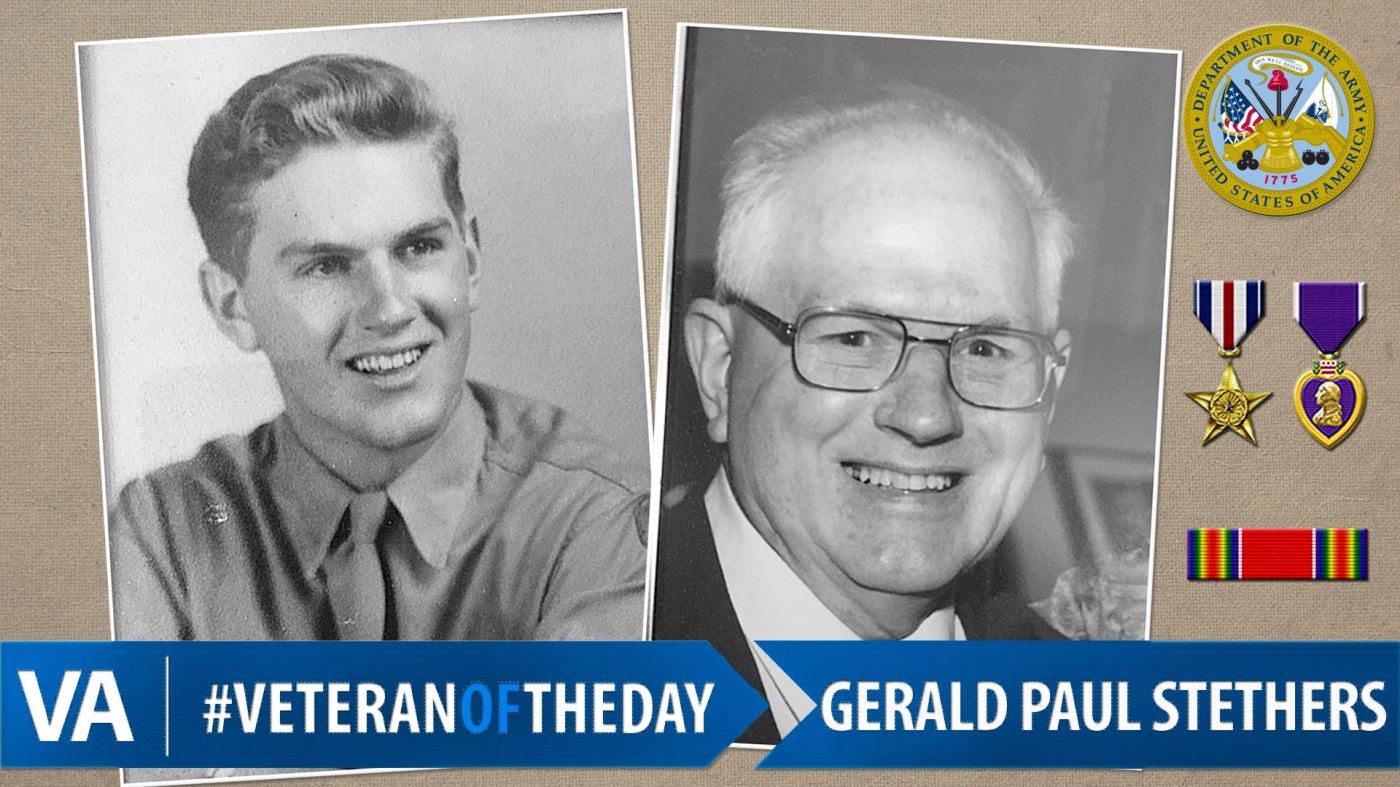 Stethers earned a Silver Star following combat action in Germany. Stethers’ Silver Star citation described his actions as follows: “After crossing a river (Ruhr) with the leading assault units, Private (PFC) Stethers led his platoon through a mine field and to the objective. During the early morning hours of Febuary 25, 1945, his platoon was reduced to almost half stength and was surrounded in a barnyard by a strong force of enemy infantry and armor. Boldly exposing himself, Private Stethers engaged an enemy burp-gunner in a firefight, killing his adversary. Although wounded shortly afterward, he dragged himself to cover and continued to fire on the enemy, refusing to be evacuated.”

Stethers entered the Army in April of 1944, when he left his senior class at Camptown (PA) High School a couple of months shy of graduation.

Following training at Camp Kilmer, NJ, Stethers’ journey to the battlefield took him from Paris to Belgium and into Holland. He was part of the fighting that resulted in the capture of Antwerp.

He returned to the Camptown/Wyalusing area after the war, when he bought a farm with help from the GI Bill. He quietly returned to civilian life. He and his wife Joyce raised three sons, Larry, Lanny and Lonnie, and now have grandchildren older than he was when he fought for his country.

Looking back over his war time experiences, he says: “I’ve never used a gun since then and I hope I never will. I think soldiers who fought on the front lines won’t go to Hell–they’ve already been there. War is so terribly cruel.”

Stethers, who is now 92 years old, resides in the Wyalusing, PA area.

Thank you for your service, Gerald!