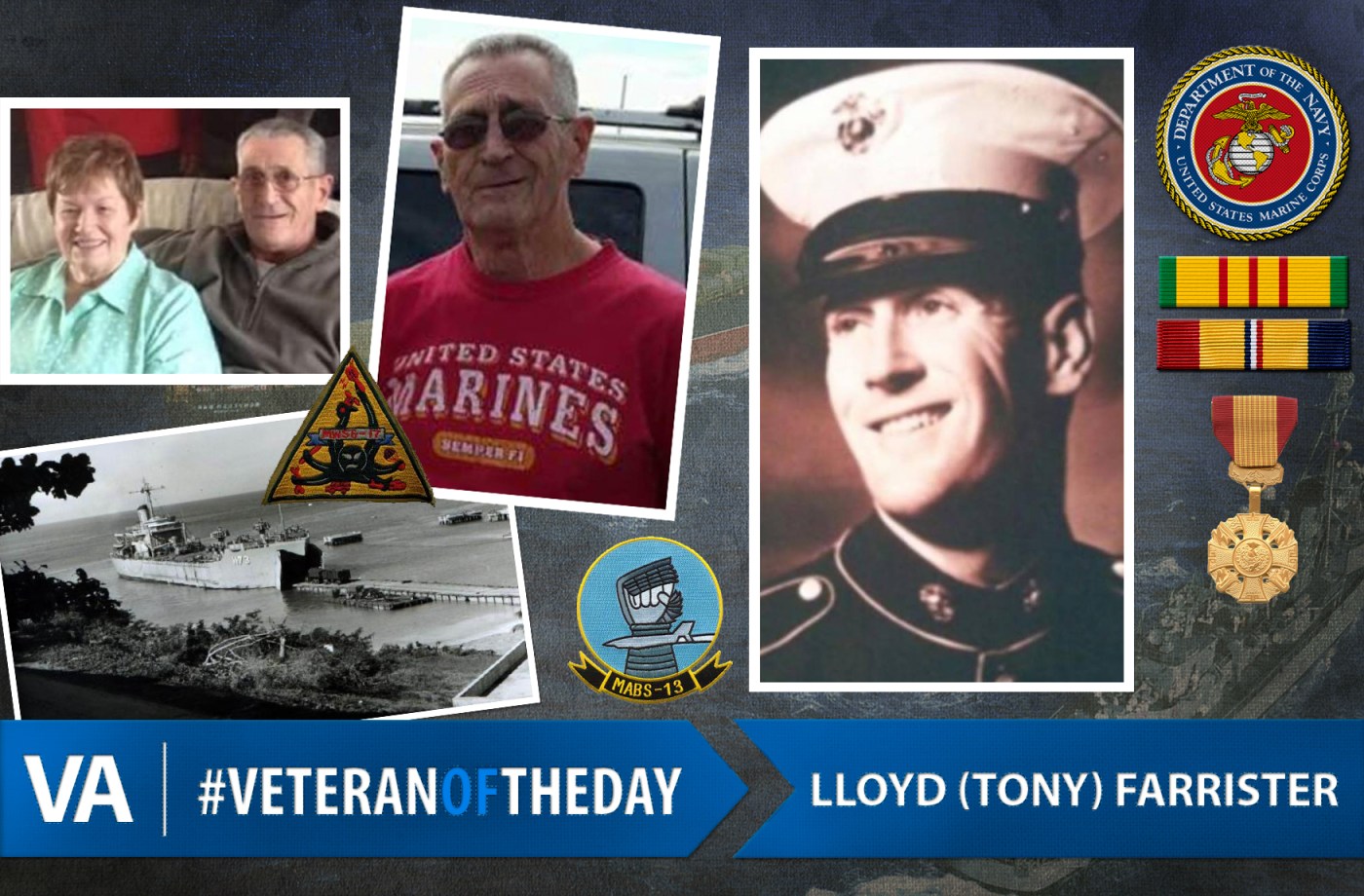 Tony enlisted in 1962 and was trained as a 0811 Field Artillery Cannoneer, later becoming an Automotive Mechanic. He was aboard the USS Suffolk during the Cuban Missile Crisis and later served two deployments in Vietnam with Marine Air Base Squadron 13 and Marine Wing Support Group 17. There he earned his Combat Action Ribbon and was awarded the Vietnam Cross of Gallantry by the the former Government of South Vietnam for recognition of deeds of valor or heroic conduct while in combat with the enemy. Tony was injured in Vietnam and spent a year recovering at Philadelphia VA Medical Center.