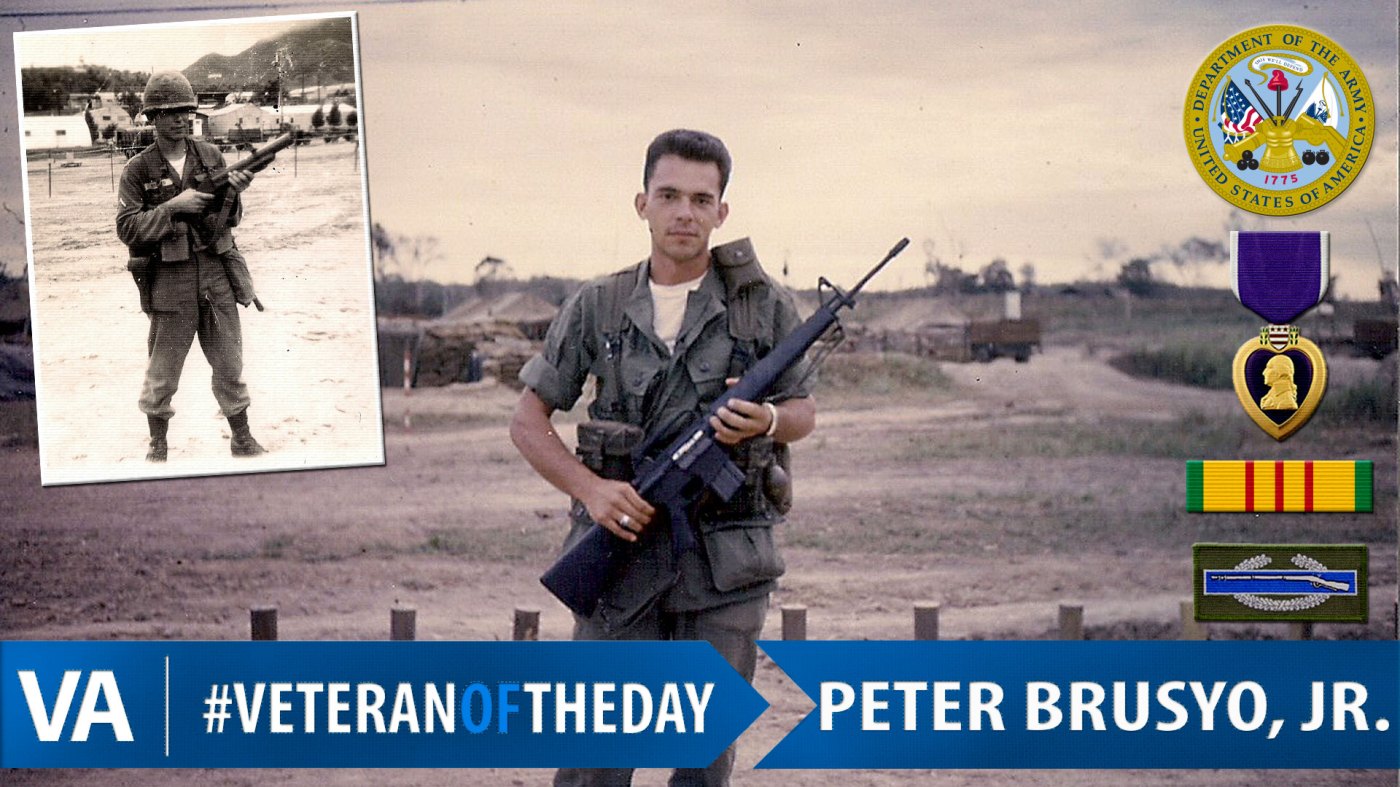 He was original assigned Heavy Weapons, but was later assigned to Light Infantry.

He served overseas, including assignment in Korea and a tour in Vietnam.

On May 29, 1966, he was returning from a “search and destroy” mission after being out in the jungle for more than a week.  He was in Phu Loi when his platoon was ambushed.  He was shot in the back of the head and the hip, and shrapnel from a nearby grenade struck his arm.  Medic PFC Lyle D. Holloway lost his life while trying to save Peter’s.  Peter made it out alive and was evacuated, and went on to spend 5 months at 249th General Hospital in Asaka, Japan to recover.

He was honorably discharged in 1969.