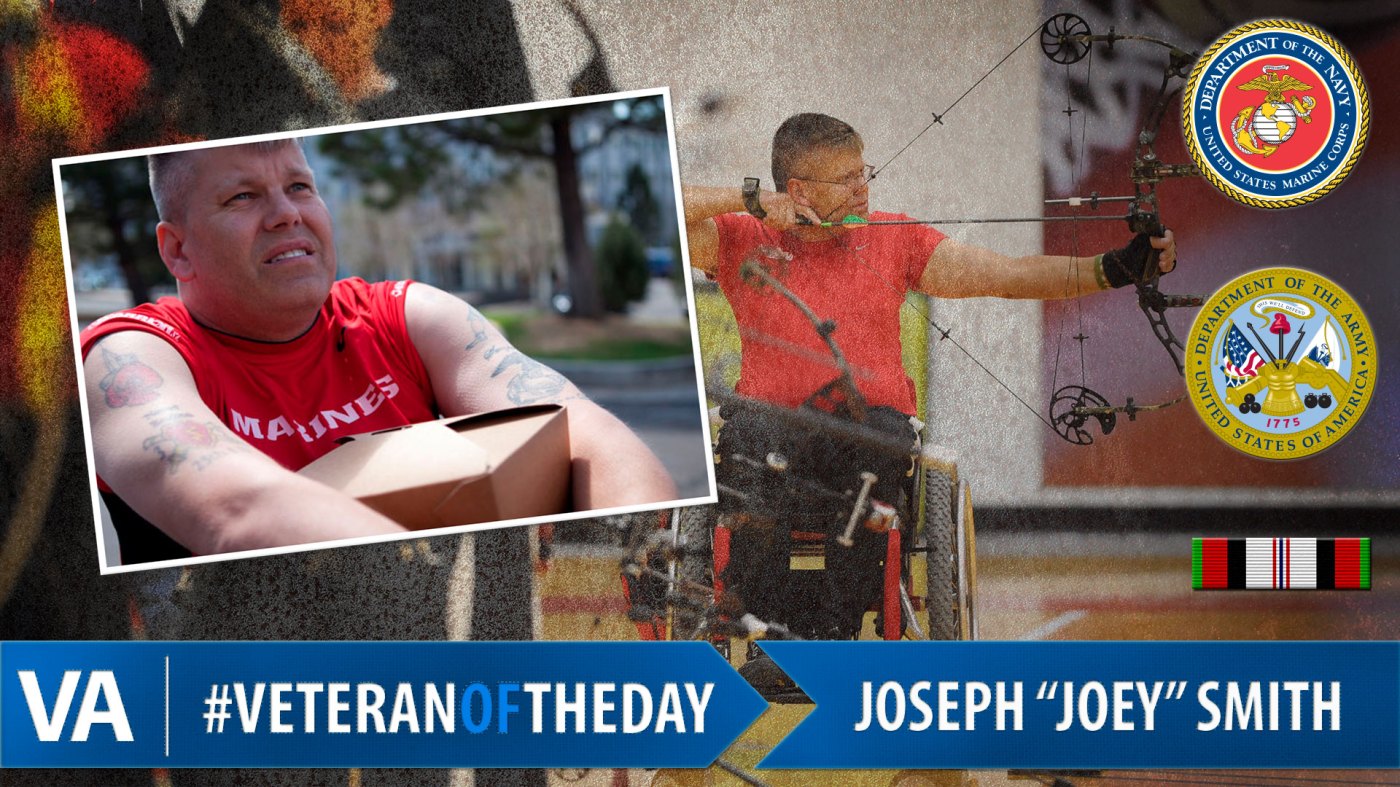 In 2005, during his fourth tour to Afghanistan, Joey sustained a spinal cord injury and traumatic brain injury in an attack at his forward operating base. This left him paralyzed from the waist down.

During his recovery, he wrote down the words that the Marine Corps would adopt as the “Creed of the Wounded Warrior.” This creed would go on to inspire many other wounded warriors.

“Though I am wounded, I will always be a warrior. I will never give up, nor quit in the face of adversity. I will do my best in all that I do and achieve. I will not allow my injuries to limit me, and most of all, I will never forget my fallen comrades or leave a fellow injured warrior behind.”

Joey lived up to the creed. He competed in the Warrior Games, winning a gold medal in the air rifle competition. He was a member of the U.S. Biathlon Team, competing in Archery, hand cycling, swimming, and shooting. He completed his first Marine Corps Marathon on his hand cycle in 2009.

Before his injuries, Joey was a boxer for both the Army and the Marines and appeared on HBO in a boxing tournament in 2002.