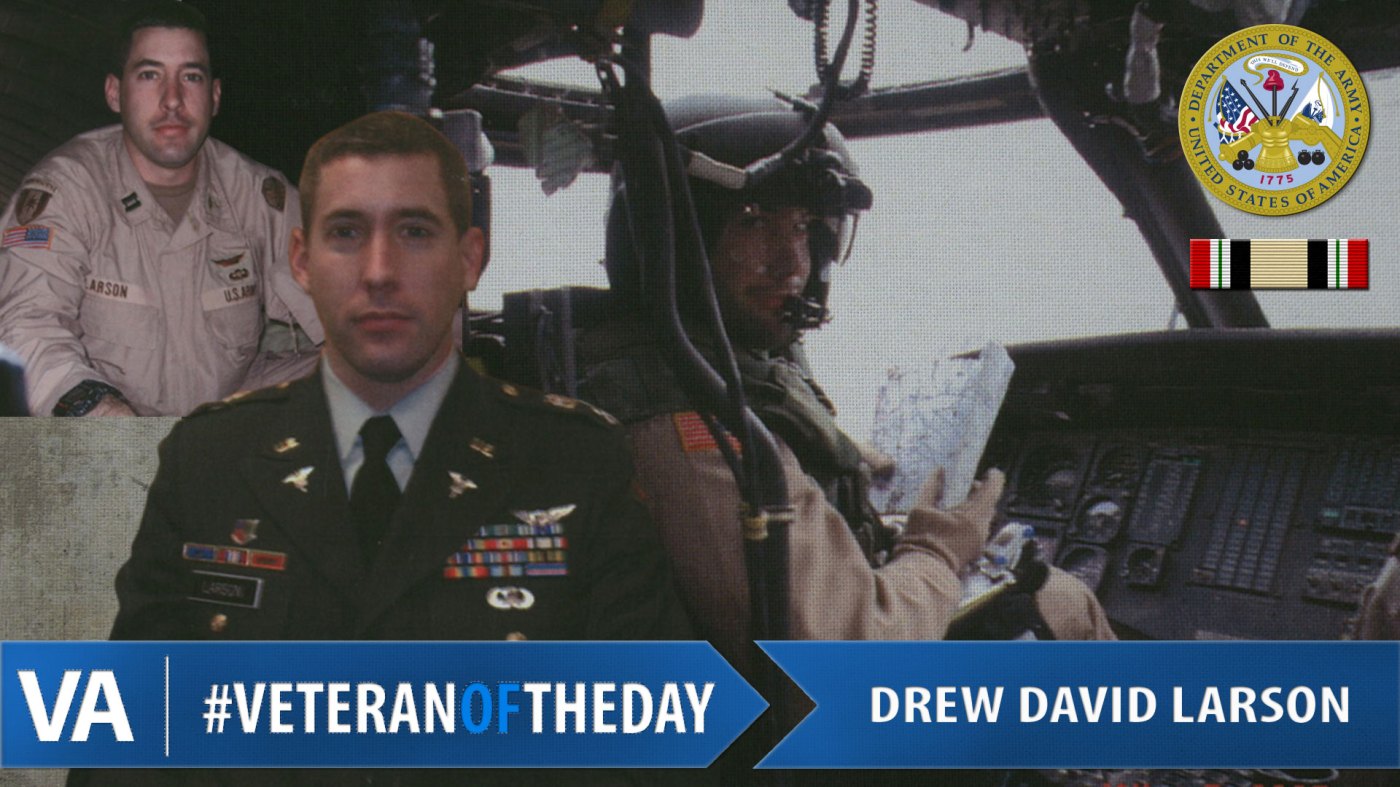 Drew joined the National Guard during high school through the Split-Option program. The summer before his senior year, he attended Army basic training, then returned to complete his last year in high school before graduating. “I think that just gave me some sort of excitement, like I was going to have a purpose, or I was going to be driving towards something, not just floating through high school,” said Drew during an interview with the Veterans History Project.

While attending his monthly drills during college, Drew decided that he wanted to become an officer and go into active duty service. He received his commission through the Reserve Officer Training Corps and became a Medical Service Corps officer and flew Blackhawk helicopters.

Flying medical evacuation missions during two tours of duty in Iraq, Drew came to understand how speed does not kill, but it saves lives. Responding to a call and being in the air within ten minutes is where the process started. Larson cannot recall a wounded soldier dying before he and his crew delivered the patient for treatment.

“Sometimes I can have a soldier in the hands of a surgeon within 30 minutes of his being injured,” he said.

Drew left the Army in 2011. Thank you for your service!