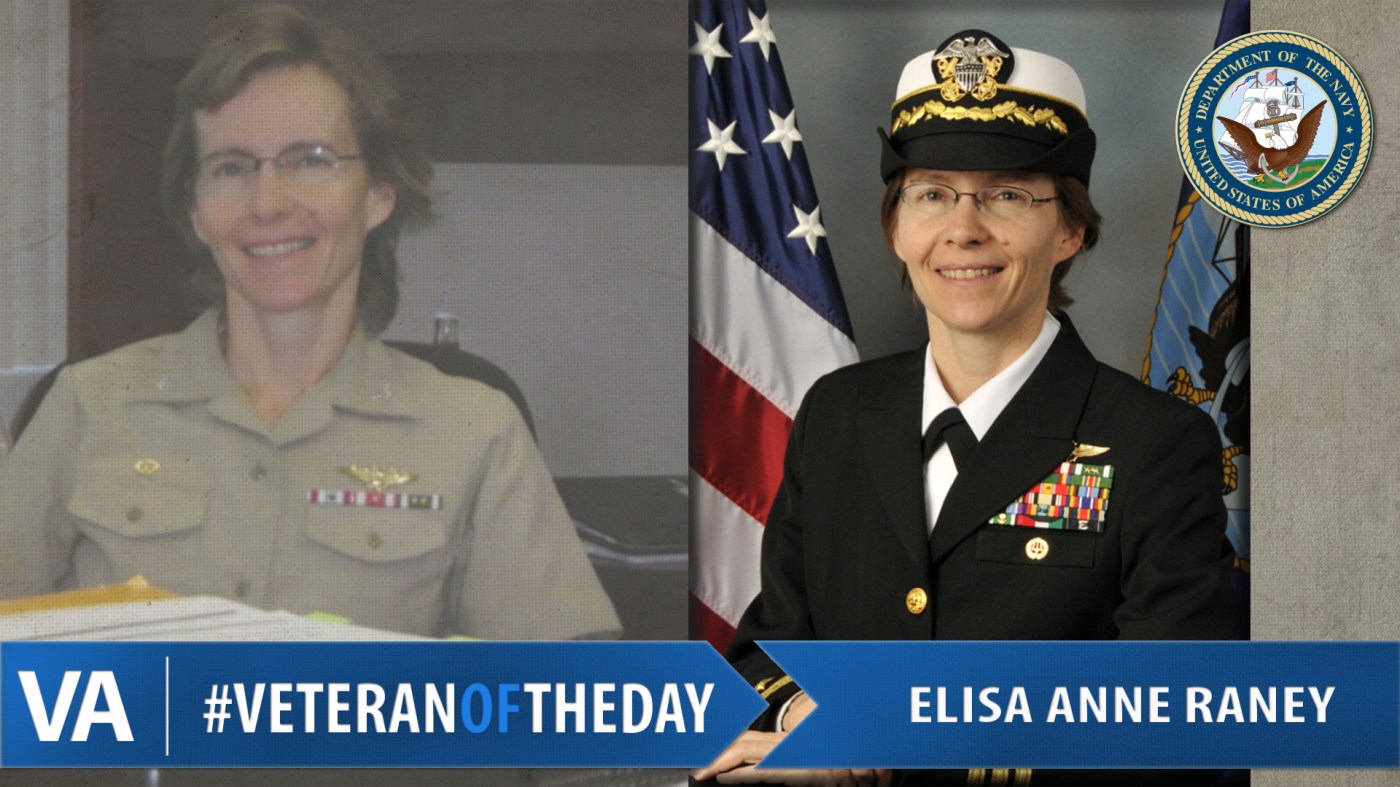 Though she had planned to go into the Peace Corps after college, in 1986, Elisa jumped at the chance to become a pilot after a campus recruiter explained that the Navy admitted female flyers. Aviation Officer Candidate School pushed her to her limits, but she endured, telling herself that, barring injury, her instructors couldn’t make her quit.

This attitude of perseverance would serve her well not only in training, but throughout her career as a helicopter pilot during Desert Shield and Desert Storm, as well as serving on the flight deck of an aircraft carrier and as the Deputy Commander of the Defense Contract Management Agency Iraq. She also challenged the expectations of and limitations placed on her as a female Navy pilot; she spent one eight-month deployment as the only woman on detachment with the ship.

Thank you for your service, Elisa!