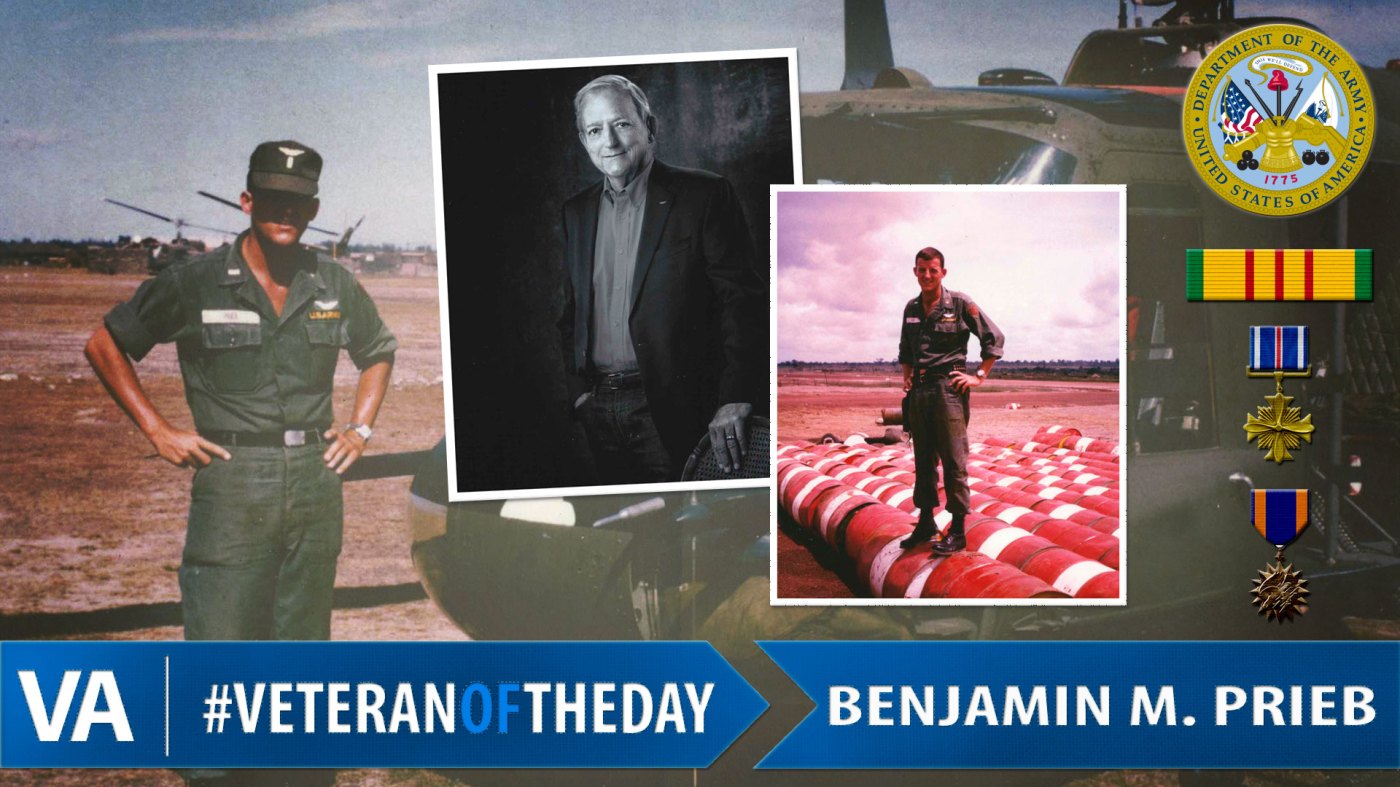 Benjamin dedicated over 40 years to the military. He served during the Vietnam War as a Huey Gunship Pilot with the 4th Cavalry Regiment, 1st Infantry Division.

Benjamin first joined the Army in 1957 and later received his commission in 1962. He graduated from flight school in 1964 and shortly thereafter was deployed to West Germany with the 3rd Cavalry Regiment. However, his skills as a Huey Gunship Pilot were needed in Vietnam, and so consequently he was reassigned in 1965. There, he participated in combat operations with the III Corps. Some of his lighter moments were escorting Bob Hope to Bien Hoa via gunship and sharing drinks with Martha Ray in Soc Trang.

Afterwards, Benjamin joined the Nebraska Army National Guard where he continued to fly Huey helicopters with the 24th Medical Air Ambulance. Following his retirement in 1998, Benjamin continues to support his fellow Veterans by volunteering at the Golden Veterans Affairs Outpatient Clinic.

For his service, Benjamin was awarded the Distinguished Flying Cross with two Oak Leaf Clusters and an Air Medal with Valor device.

Thank you for your service, Benjamin!