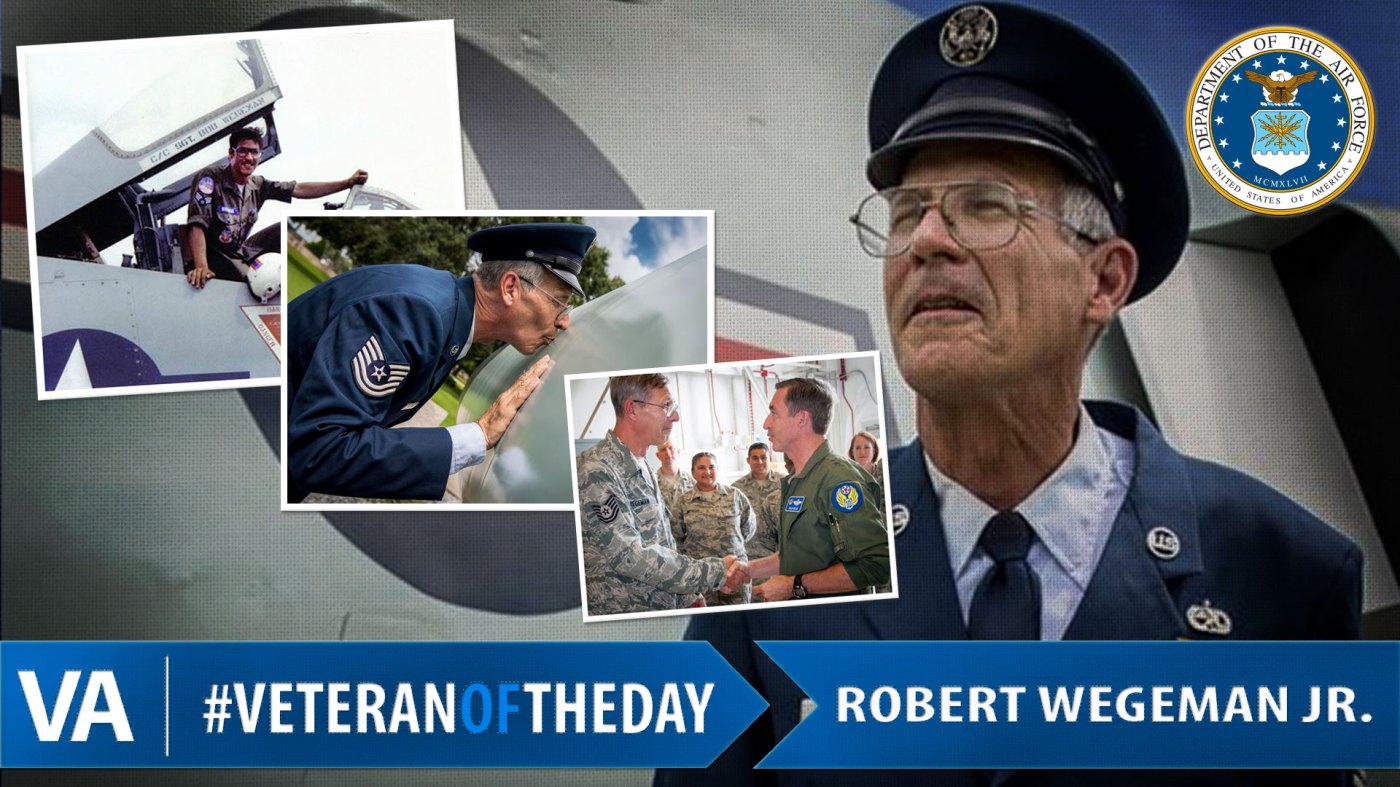 Robert was 19 years old when he left Louisiana and joined the Air Force. After 41 years of service and 16 different Air Force aircraft maintained, Robert said goodbye to the Air Force on Aug. 14, his 60th birthday.

Robert traveled to many different bases under five major commands, deployed more than 10 times all over the world, and had six different jobs in the Air Force – four in aircraft maintenance and two in aircraft weapons systems. His favorite aircraft was his first one – the F-106 Delta Dart.

The highlight of his career came in 1991, when an F-106 he’d been a crew chief on was chosen for permanent display at Tyndall AFB. It meant so much to him that on his final Friday in the Air Force, he donned his dress blues and visited his old friend one last time. He planted a goodbye kiss on the side of the aircraft display just how he’d done as crew chief before each flying sortie.

Robert retired as a technical sergeant from the 919th Special Operations Maintenance Group; he earned more than 60 medals during his four-decade tenure. He plans to spend his retirement back home in Baton Rouge taking it easy.