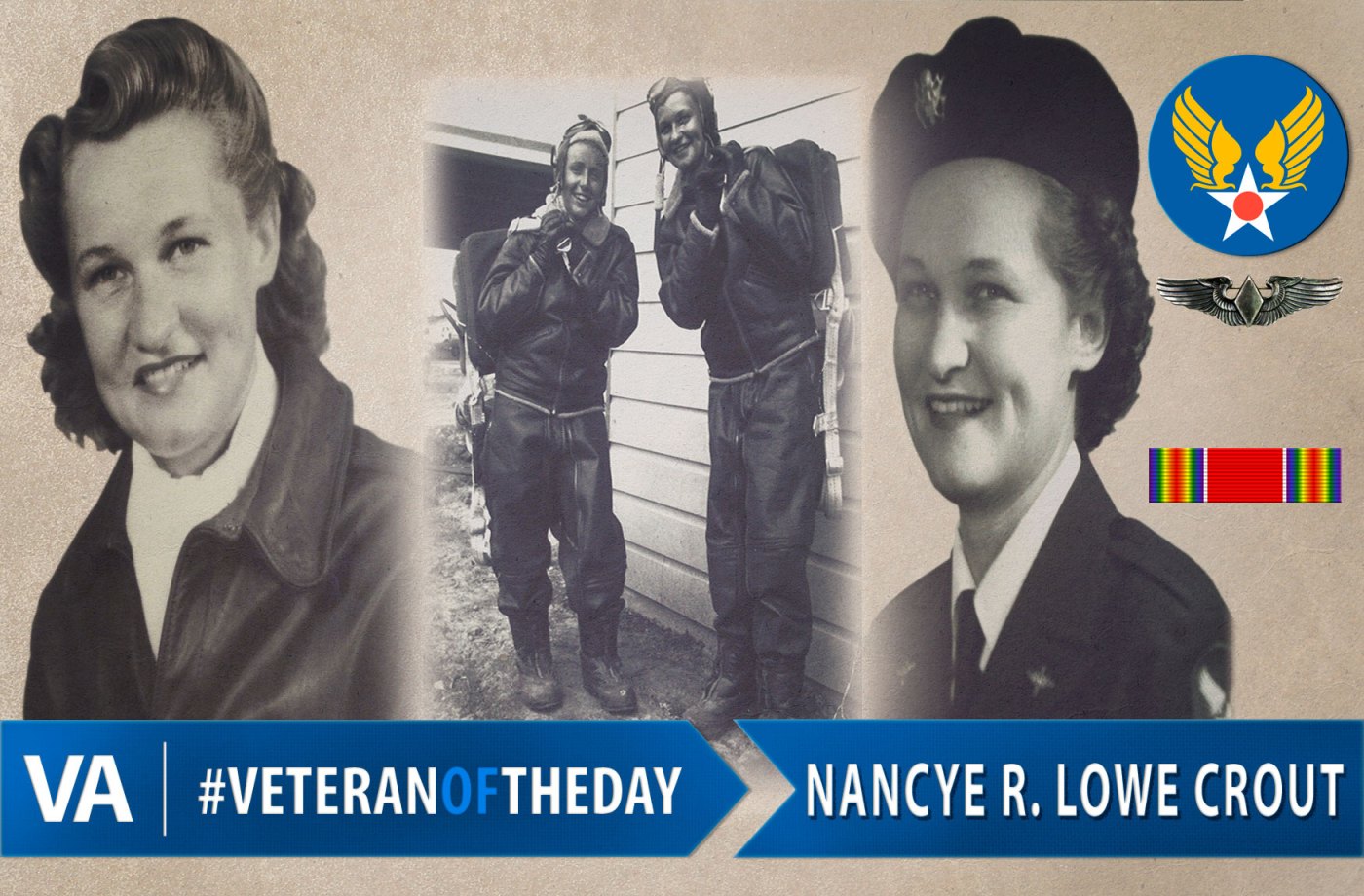 Nancye served from 1943 to 1944 on Active Duty as a Woman Airforce Service Pilot during World War II.

In February 1943, Nancye was inducted into the fourth class of Women Airforce Service Pilots (WASP). In April 1943, Nancye was transferred to the first and only all women’s base in Sweetwater, Texas where she graduated from the WASP program and received her Wings.

During her service, she was responsible for radio control work and for towing a target sleeve behind her B-34 so that anti-aircraft batteries could practice shooting. In December 1944, Nancye and all other WASPs were taken off of Active Duty. At this time, WASPs were not considered a part of the United States military and they did not receive any Veteran’s benefits.

After her service, she worked for the Civil Aeronautics Administration in Albuquerque, New Mexico. Later, she went on to teach at an elementary school in El Paso, Texas for twenty years.

In March 1979, the Secretary of the Air Force gave Nancye and the WASP their overdue recognition and Veteran status.

Thank you for your service, Nancye!