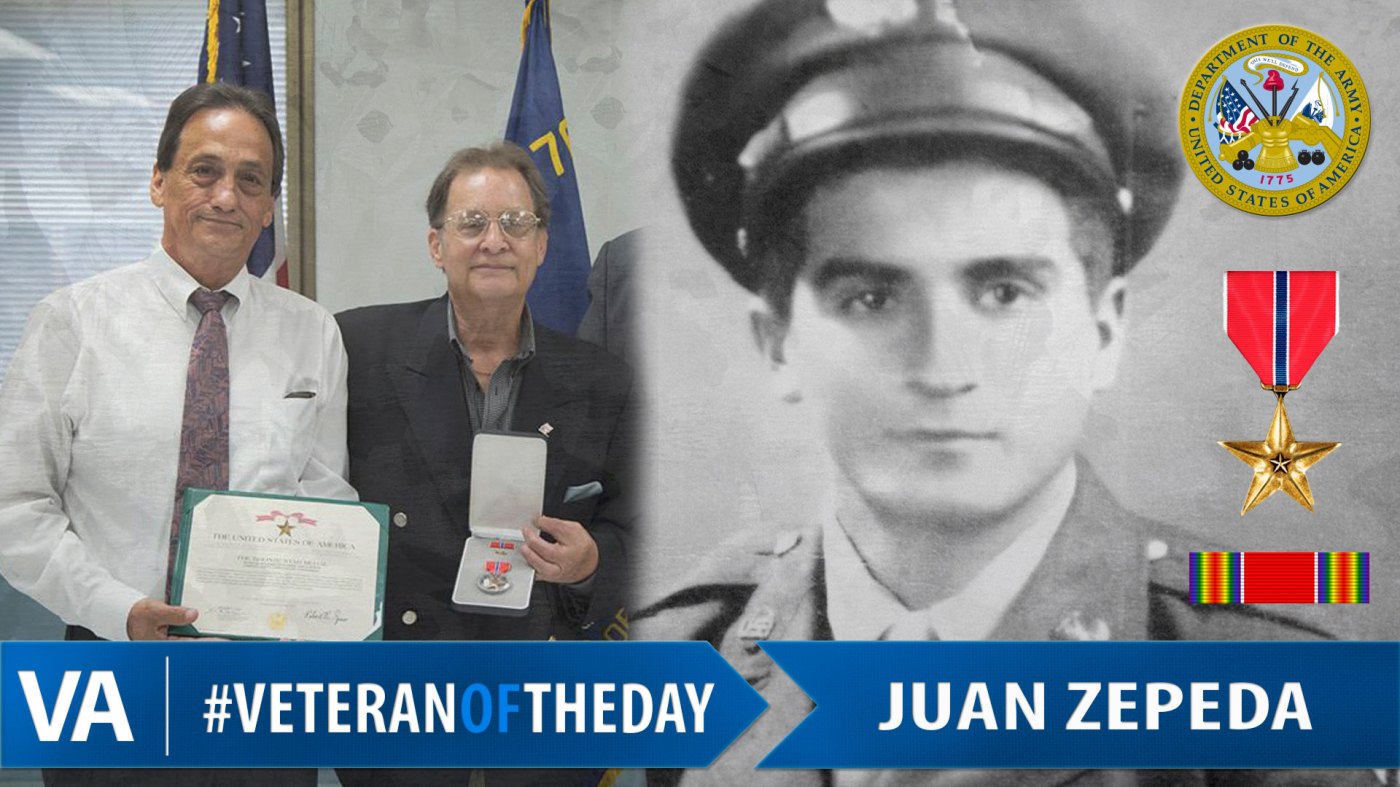 Following the footsteps of his father, a World War I Veteran, Juan enlisted in the Army after graduating from high school. He was assigned to the China-Burma-India Theater and served with the 5307th Composite Unit (Provisional), otherwise known as Merrill’s Marauders, as a Technical Sergeant Fifth Grade.

In February 1944, Juan volunteered for a high-risk mission to open a land route to China via the Patkai Range situated along the border of Burma and India. There were 130 survivors out of the 2,750 volunteers. Juan was one of them.

A survivor of the war, Juan returned home and turned to serving the youth in his community as a Little League coach in San Antonio.

Juan passed away on April 25, 2017. He was posthumously awarded the Bronze Star Medal for his actions in combat.