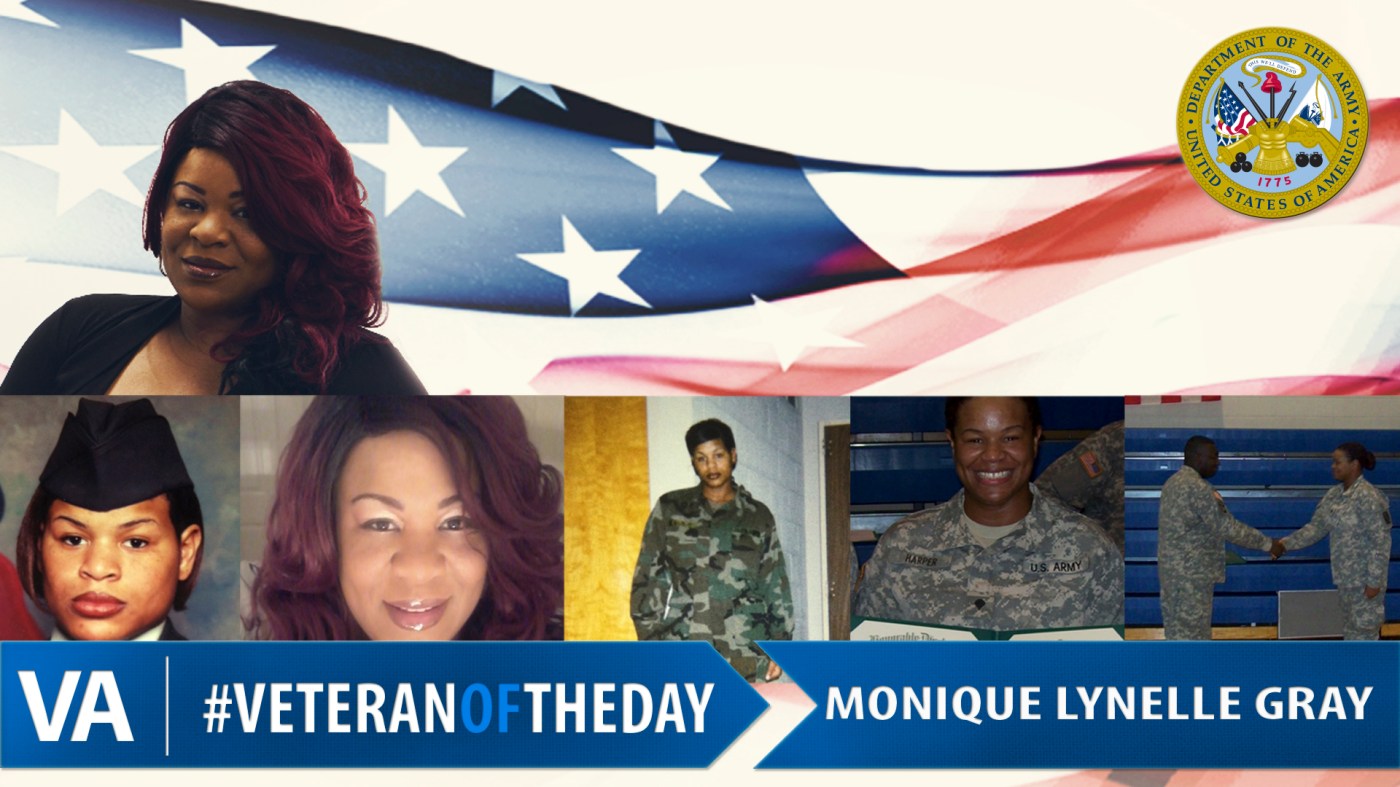 Today’s #VeteranOfTheDay is Army Veteran Monique Lynelle Gray. Monique was deployed in South Korea from 2008 to 2009.

Monique, an Automated Logistical Specialist, began her service in the Army as a member of the Army Reserves from 1997 to 1999. From 2006 to 2009 Monique served on active duty in the Army and was deployed in South Korea for one year, from 2008 to 2009. Monique received an Honorable Discharge.

Monique currently resides in Bowie, MD and works at NASA Goddard Space Flight Center as a contractor in administration. She is a finalist for Ms. Veteran America, a competition that benefits at-risk and homeless female Veterans through Final Salute, Inc.

Holding a master’s degree in Entertainment Business, Monique has produced a documentary titled Monique Lynelle’s Journey which highlights some of her military story. She is also an author of three books and a certified producer of her own show, “The Monique Lynelle Show.”

Thank you for your service, Monique!