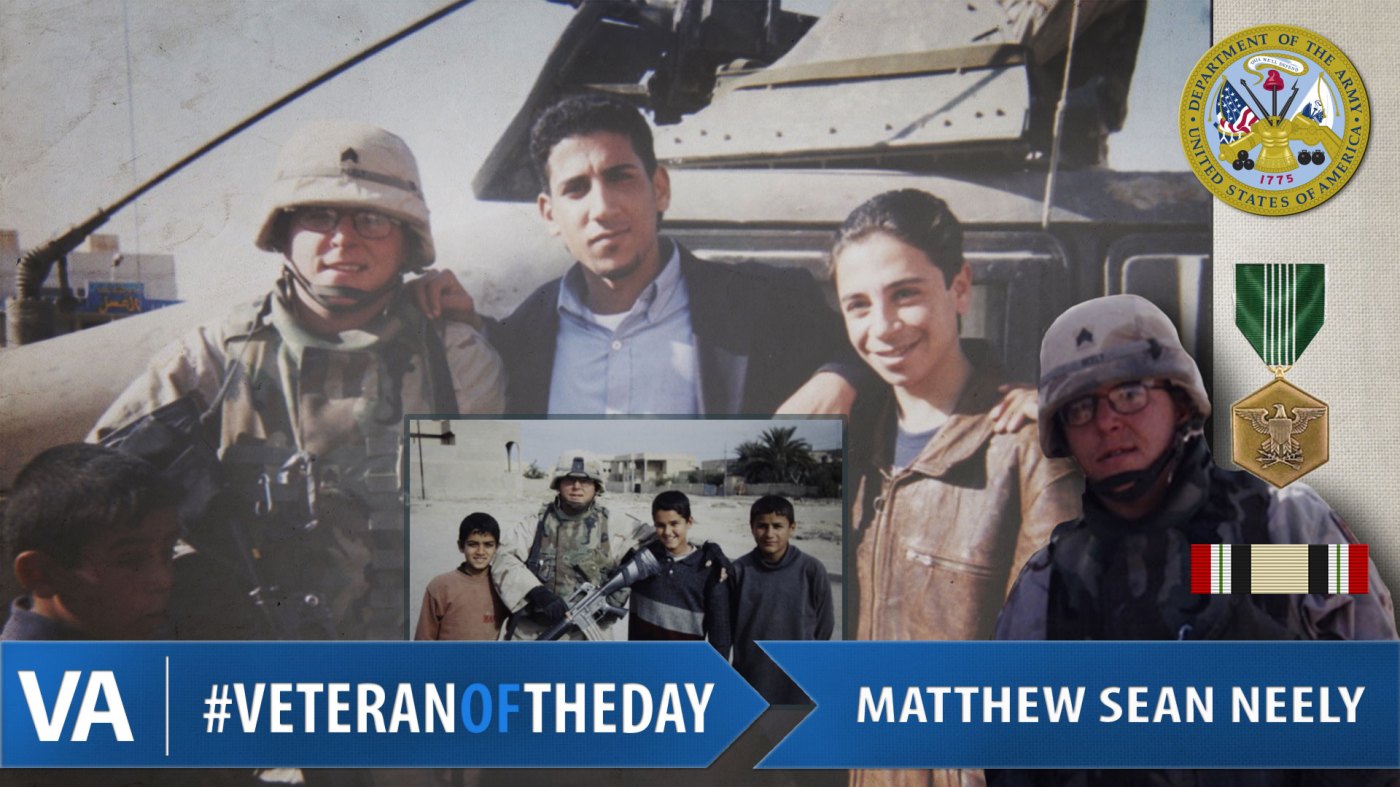 Matthew enlisted in the United States Army on June 13, 1994, after almost a year in the Delayed Entry Program. He completed basic and advanced training for a Cannon Crewmember. Upon completion, he spent time stationed in Colorado and Kansas, before going to Camp Bondsteel in Kosovo. He later completed a one year tour in Ar Ramadi, Iraq with the 5th Field Artillery before retiring from the Army in December of 2004.

After he was discharged from the Army, Matthew returned to school, taking advantage of the GI Bill, studying to become a teacher. He values the lifelong friendships he made while in the Army, which include future members of his wedding party.

For his service, Matthew was awarded the Army Commendation Medal, the Global War on Terror Medals and others.

Thank you for your service, Matthew!