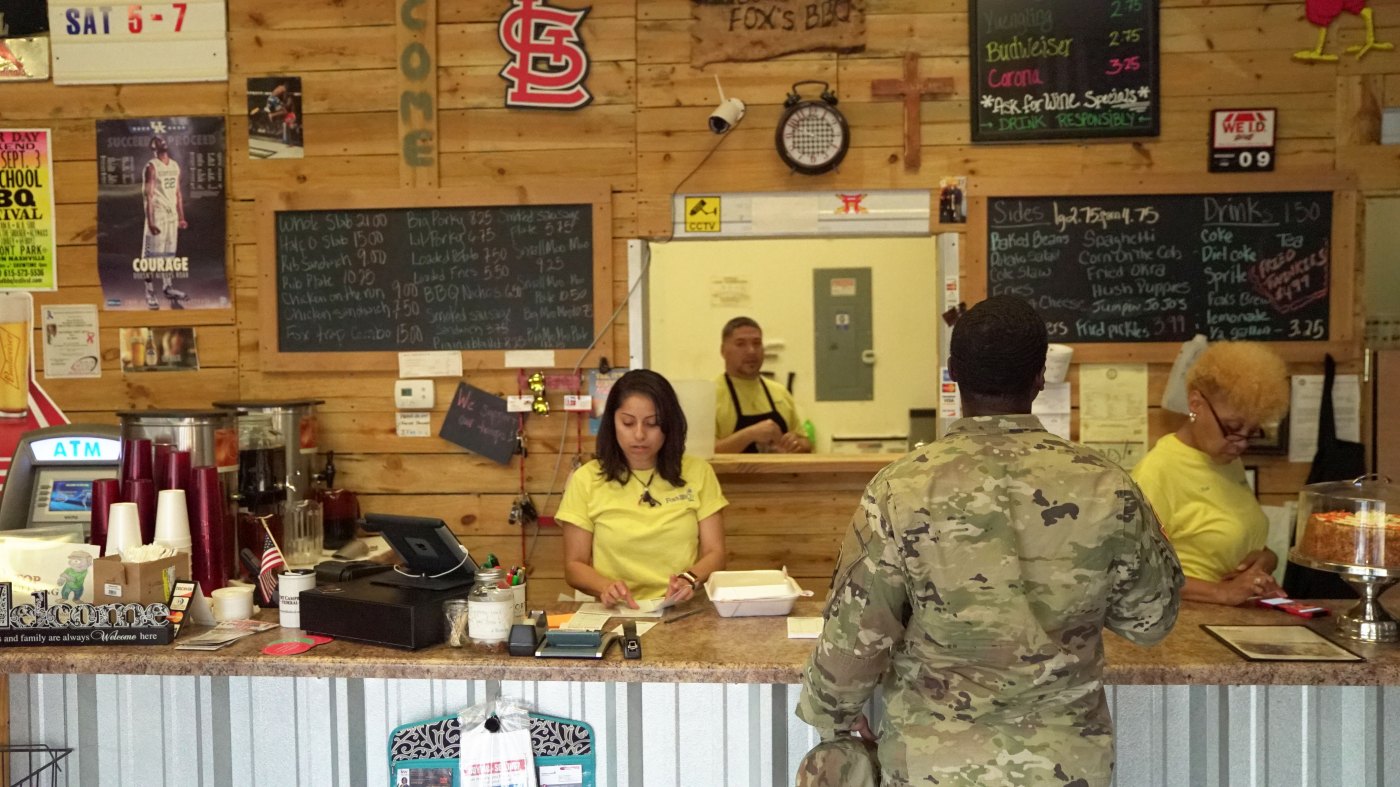 Author’s note: During my last trip to Nashville, I decided to scout out local Veteran owned businesses. A Google search brought up articles referring to a spot an hour out of Music City called Fox’s BBQ. I visited the establishment expecting good food and a nice story. I found both, along with a tremendously humble, welcoming Army Veteran that is running it all.

After the September 11, 2001 attacks, getting on and off a United States military base was a nightmare. Security checks were extensive creating long lines of cars outside the

gates, and resulting in multiple hours of waits. Cars would run out of gas just waiting to access the base. Many soldiers wouldn’t leave base knowing the situation at the gate. Jessie Fox, who served in the Army, saw this happening at his local base, Fort Campbell. He wanted to help the soldiers out, so he started feeding them.

After a while, he set up shop right on Fort Campbell as an approved vendor. His outfit became so popular and in such high demand, that he had to stop operations there to open a restaurant off base. Now, Fox owns and operates Fox’s BBQ in Clarksville, Tennessee. Soldiers continue to frequent his restaurant, helping make it one of the most popular Veteran-owned BBQ joints in the country.

Fox’s experience with BBQ goes back to his childhood when he would shop for ingredients his grandma required for her cooking. As he became an adult, he continued the family tradition and made it a business.

The venue is more than a local BBQ joint. It is a part of the community. The decorations show a connection to military with two American flags full of signatures from service members and Veterans. He also has a “bucket list” chalk board, where visitors can write down their life’s aspirations. On the board, one square says “join the Army,” while another says “get out of the Army.”

Fox uses his VA education benefits to pursue a degree in business management. He hopes he can apply what he learns and combine it with his experience to help his business grow.

If you make your way to Fox’s BBQ in Clarksville, try the ribs. Most of all, talk with Jessie, and let his passion for serving Veterans inspire you.