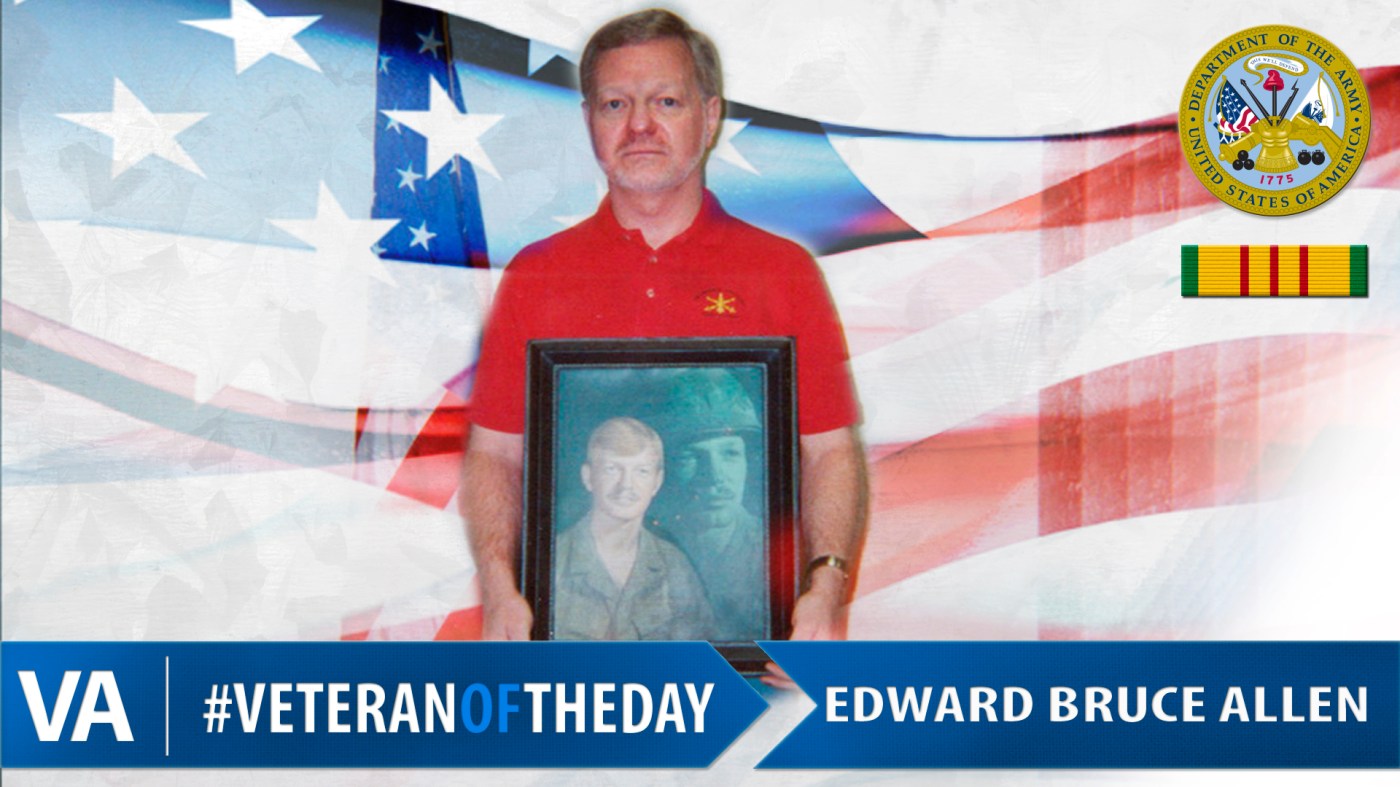 Today’s #VeteranOfTheDay is Army Veteran Edward Bruce Allen. Edward served during the Vietnam War from 1970 to 1971.

Edward provided ground and air defense while serving in the Vietnam War for the following units: A Battery, Fourth Battalion, 60th Artillery Regiment, Seventh Battalion and the 15th Artillery Regiment. He served as an E-4 from April 1970 until he returned to his hometown of Evansville, Indiana in November 1971.

Reflecting on the Vietnam War in an interview with the , Edward described his difficulties during and after the wars, but expressed his appreciation for the Vet Center in his hometown. “In general, I think the Vet Center is one of the best things that’s ever happened to Vietnam Veterans,” he said.