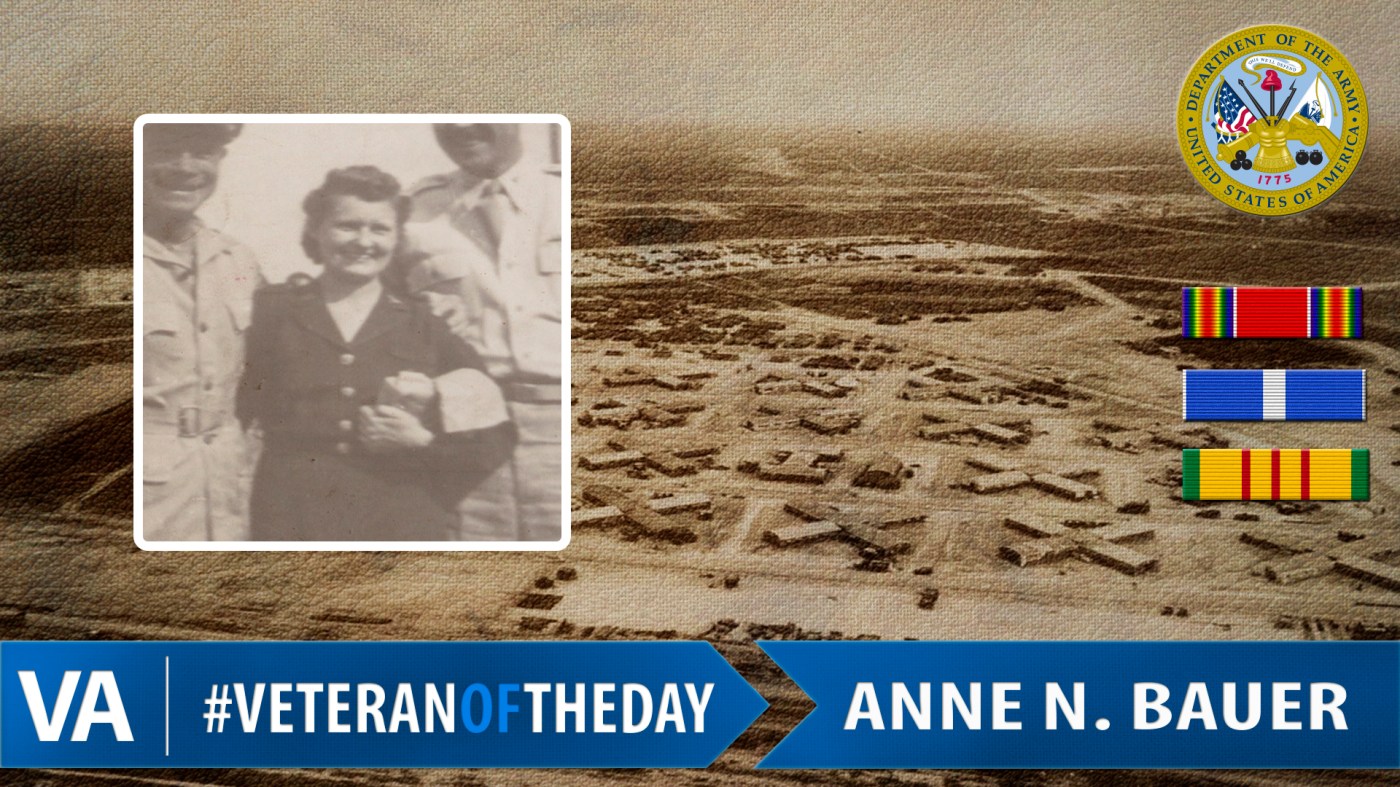 Today’s #VeteranOfTheDay is Army Nurse Corps Veteran Anne N. Bauer. Anne was a Lieutenant Colonel who served during World War II, the Korean War, and the Vietnam War. Anne was active duty for 28 years from 1942 to 1970.

While working as a nurse in Mishawaka, Michigan in 1942, Anne decided to enlist in the military at the start of World War II along with her supervising doctor at the time. Anne was commissioned in Mishawaka as a Second Lieutenant of the Army Nurse Corps and completed basic training at Fort Benjamin in Indiana.

Anne’s service took her to many military hospitals around the United States as well as throughout India, Germany, and Vietnam over the years of her service. Anne’s military and nursing expertise advanced her to Lieutenant Colonel; she was often Head Nurse of her medical units including those at 112th Station Hospital and 93rd Evacuation Hospital.

Anne sat down the Veteran’s History Project to share her story in the comfort of her home in Winnemac, Indiana.

Thank you for your service, Anne!