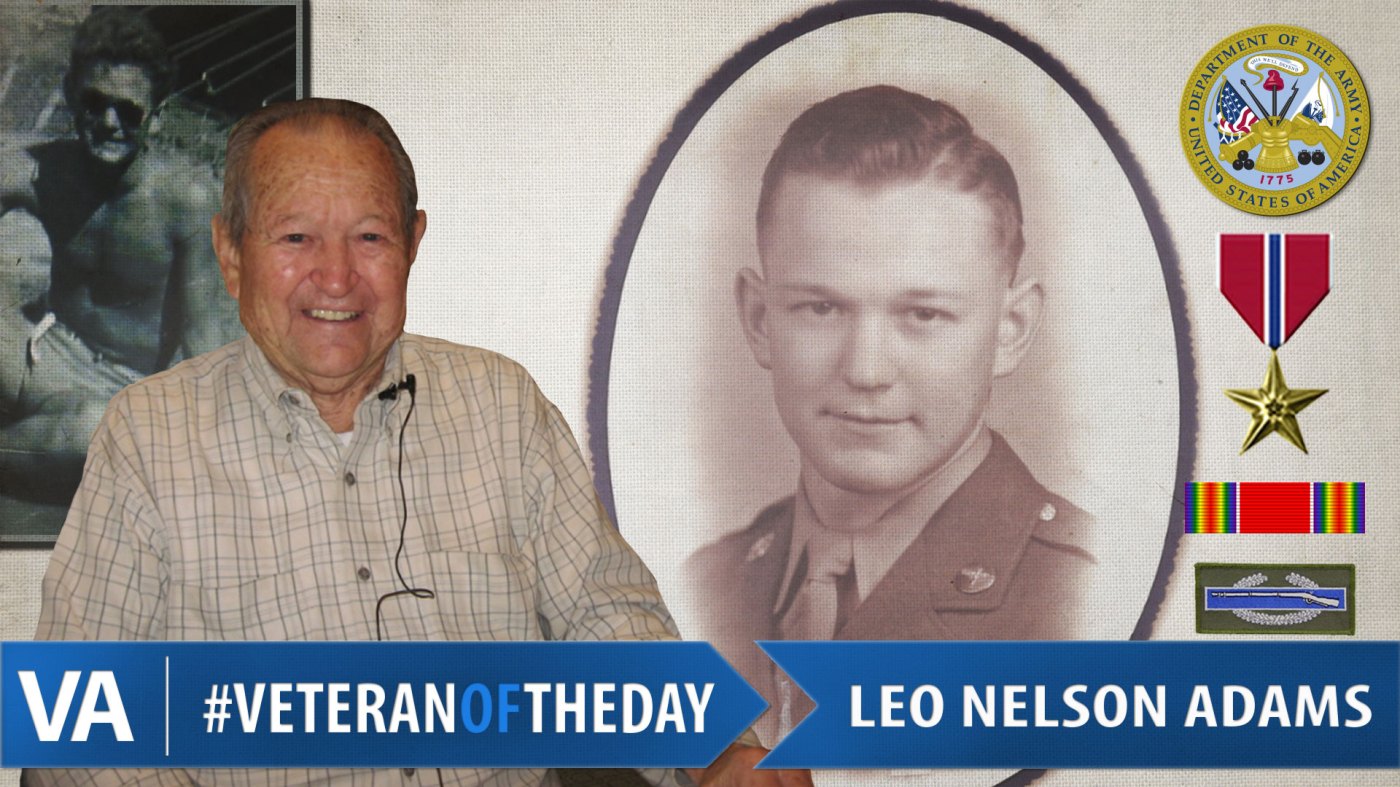 Leo was born in May 1924 in Thatcher, Utah. He was drafted to the Army in July 1943. Leo served under General Patton in the 58th Armored Infantry Battalion, 8th Armored Division in Europe.

During his military career, Leo attempted to receive training as an Air Cadets for the Amy but was called for deployment shortly after arriving in San Antonio for training. He was involved in the Battle of the Bulge as an armored infantry soldier and was specialized in the .50 caliber machine gun, the m-1 rifle, and the 60-mm mortar.

Leo misplaced his military records in Czechoslovakia and was not officially award any medals he might have earned, but the Veterans of Foreign Wars informed Leo that he qualified for at least one Bronze Star medal for meritorious achievement in ground combat against the enemy and earned the Combat Infantry Badge on March 26, 1945.

After his military service, Leo had a family, managed a small airport and ran a dairy business with his cousin. He also took some college courses and enjoyed a successful career in the insurance business while owning and operating various apartment complexes and rental houses.

We honor your service, Leo.