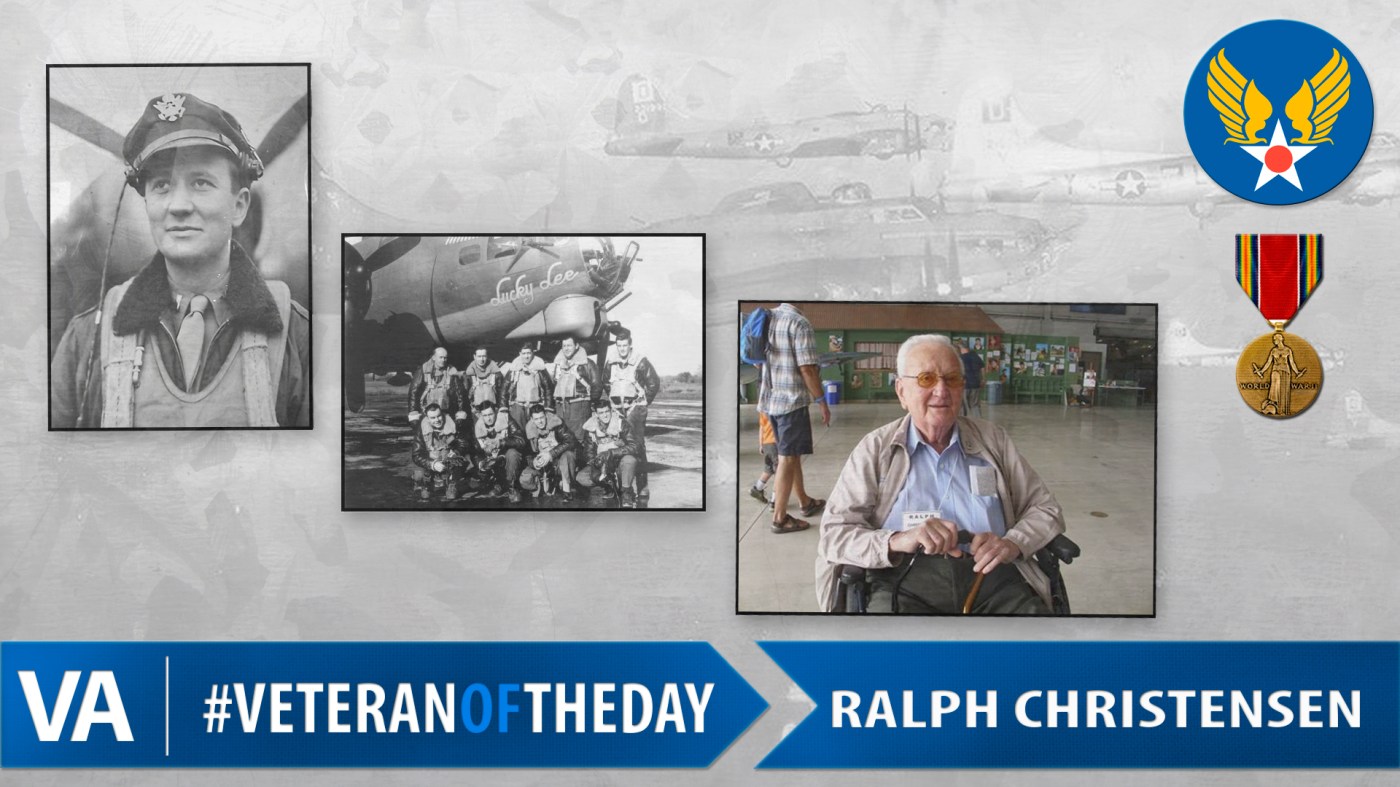 Today’s #VeteranOfTheDay is Army Air Corps Veteran Ralph Christensen. Ralph enlisted in October 1942 and served during World War II as a B-17 pilot.

Ralph was First Lieutenant of the 100th bomber group. During the European campaign in World War II, he became a B-17 co-pilot. Ralph and his crew flew 33 missions. On Feb. 6, 1945, during a combat mission over East Germany, Ralph and his crew took a direct hit. They lost control of the plane and conducted an emergency landing. Upon landing, the men found themselves behind enemy lines. After an 11 day journey through Nazi-occupied France, the crew returned safely to the 100th Bomber Group base in England.

After his service, Ralph married Hazel Johnson in August 1945 and had two children, George and Janet. He became a farm implement salesman for Owatonna Manufacturing company and flew on sales trips. Ralph became an avid member of Badger Lutheran Church and the Badger American Legion. He loved to entertain visitors and tell stories. On Aug. 16, 2017, Ralph passed away at the age of 95.