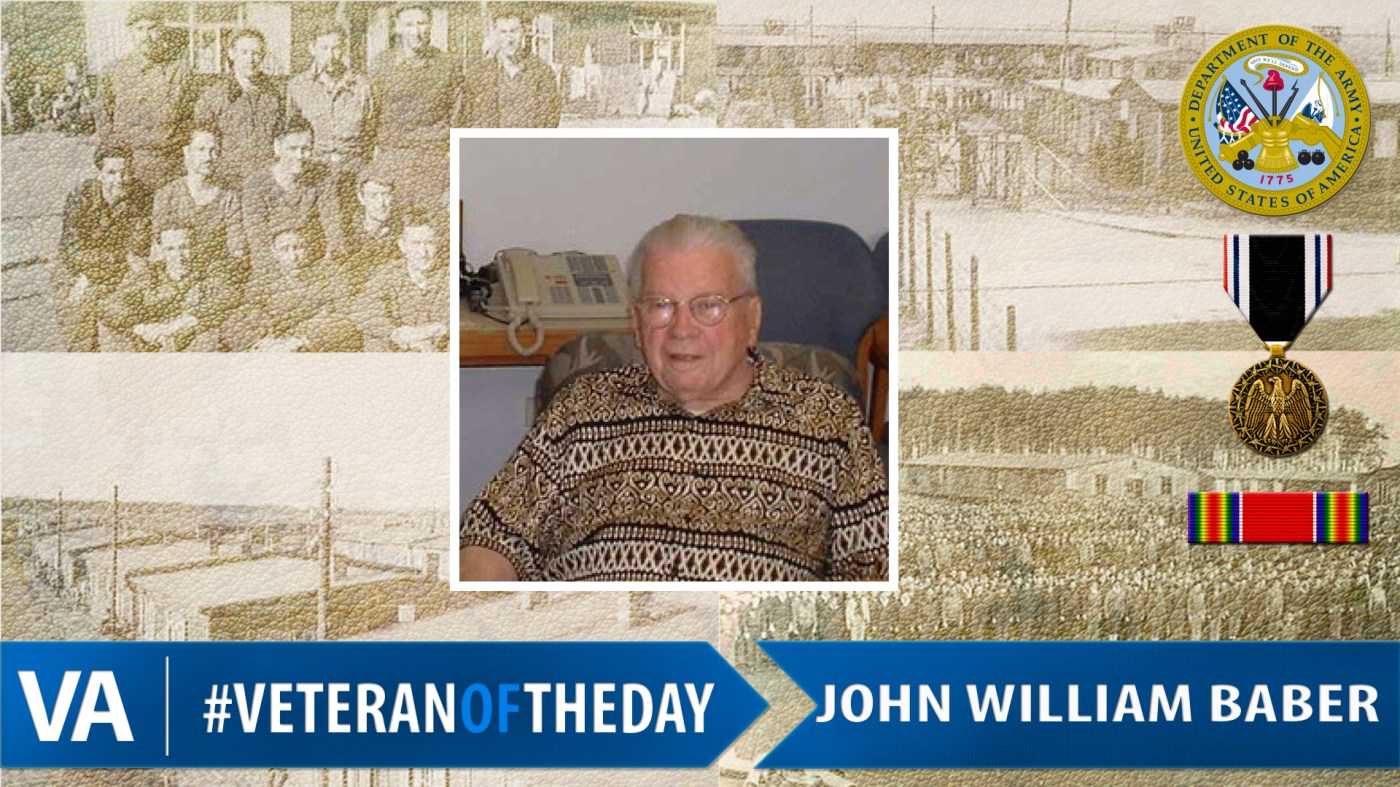 In an interview with the Veteran’s History Project, John describes how he was a photographer in Chicago when he enlisted in the Army Air Corps July 1941. John was deployed to the Eastern Front where he participated as a pilot in the campaign to bomb German factories to end their capability of waging war.

On Feb. 21, 1944, a German fighter plane shot down John’s plane during his mission. John and his crew jumped out of the plane and landed in Holland, where he was taken as a prisoner of war in Frankfurt. He was later transferred to a camp in Barth where he resided for more than 15 months. During this time, John witnessed multiple escape attempts.

On Liberation Day, German soldiers fled the camp. John used his experience as a photographer to capture photos depicting life at camp. One week after Liberation Day, John was evacuated.

After the war, John went to the American Television Institute to work as part of the engineering staff for Pioneer Electric. John passed away in 2012 at the age of 92 and is survived by two children and his wife, whom he married a day before deployment.

We honor your service, John.