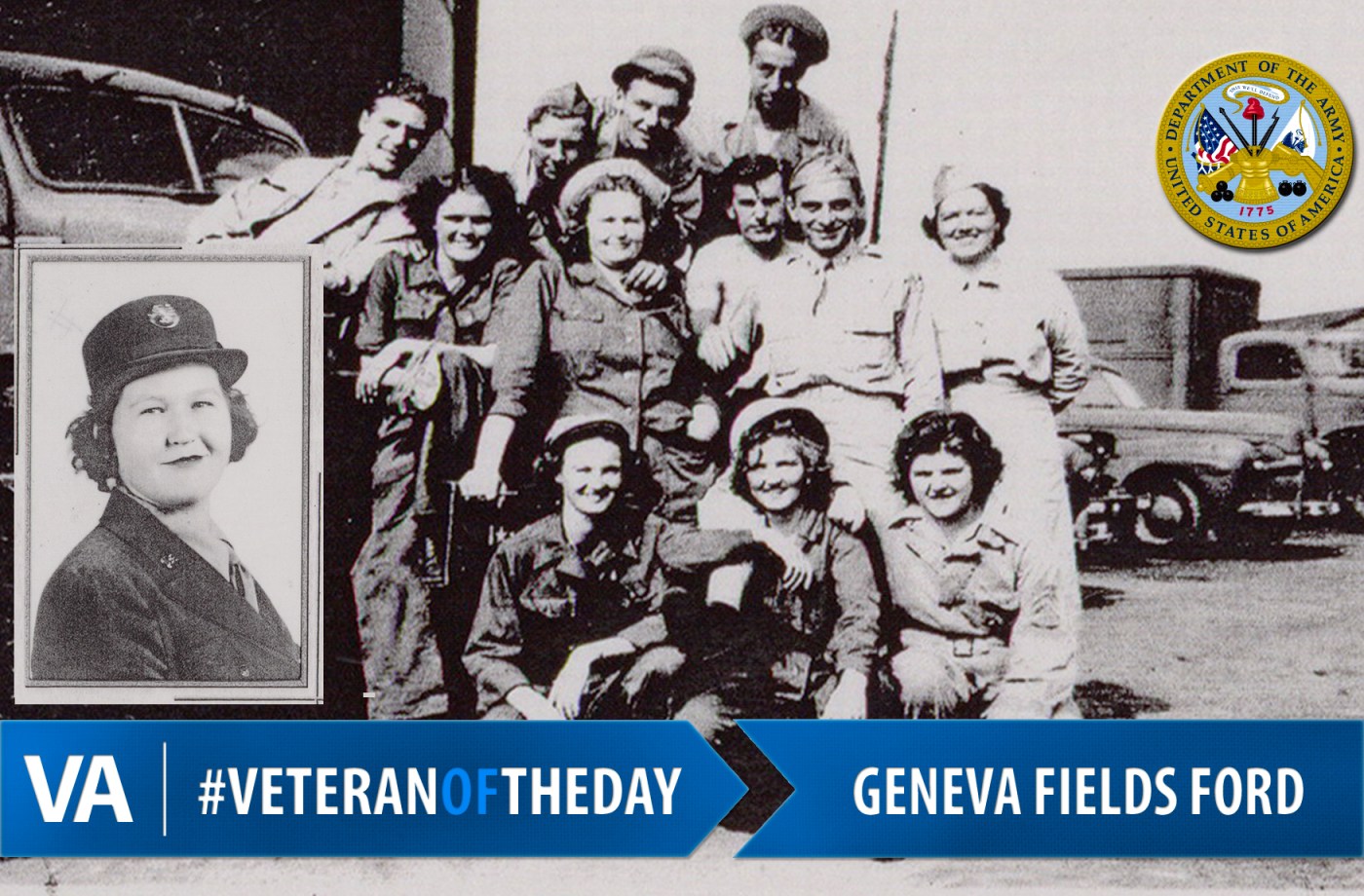 In an interview with the Veteran’s History Project, Geneva explains she was sworn into the Women’s Army Auxiliary Corps on Sept. 12, 1942. She worked at an information center plotting the course of airplanes along the eastern coastline to identify enemy planes. Geneva was one of the first females ever in the United States Army motor pool and served as a motor pool dispatcher.

Geneva was later transferred to Shaw Field, South Carolina and was responsible for transporting and distributing copies of special orders to departments. On Oct. 12, 1945, she was discharged after serving more than three years. Geneva received a white medal for her service in the war.

Geneva returned to Texas after the war and worked at a phone service company for many years. She was one of 10 children, eight of whom served in World War II. On Nov. 8, 2012, Geneva passed away.

We honor your service, Geneva.