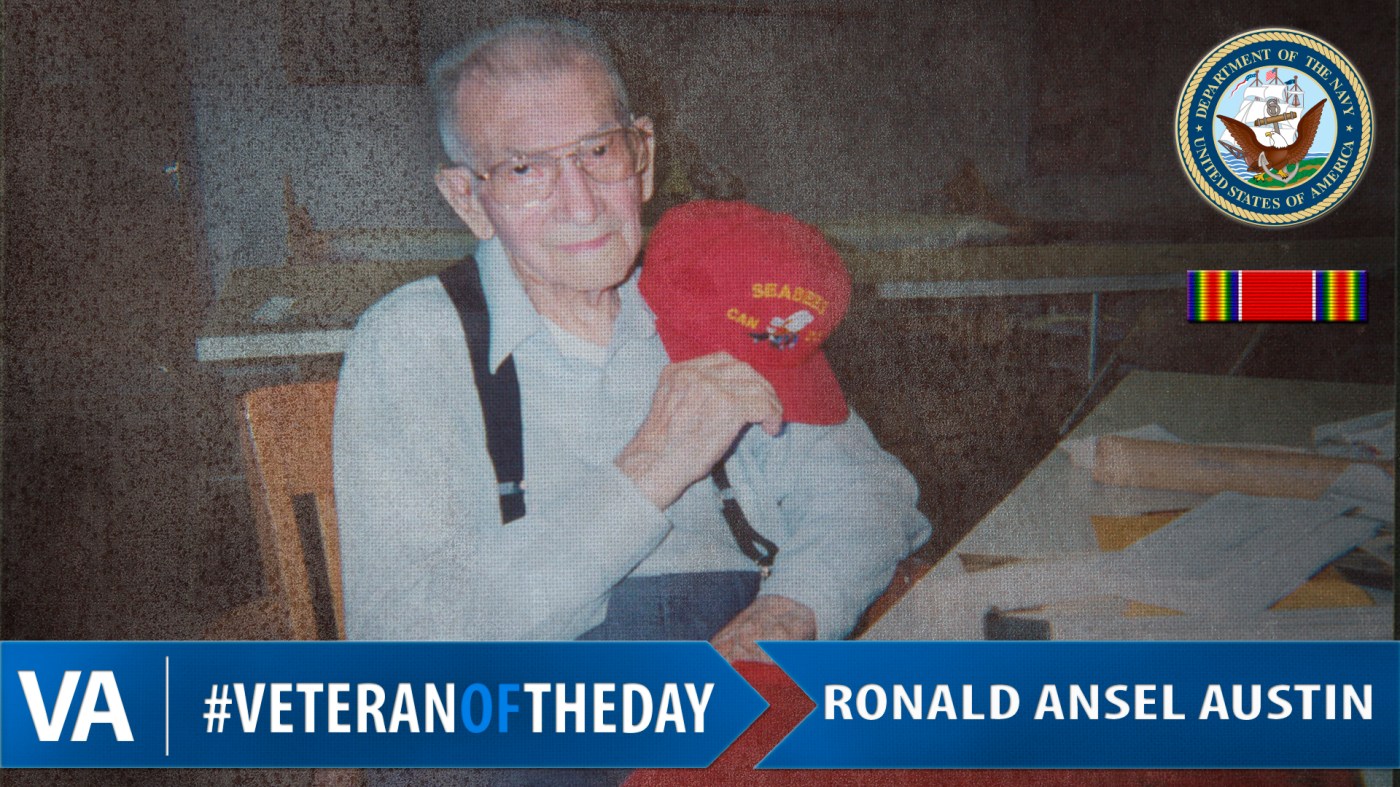 Ronald was born in Princeton, Indiana, in 1906 and was drafted into the military when he was 38 years old. Leaving his wife behind to serve his country, Ronald completed basic training at Camp Perry, Virginia, before joining the 130th Seabee Battalion. Ronald’s service took him through the Panama Canal, Hawaii and eventually on to Okinawa (Ryukyu Islands) where he remained until the end of the war.

In an interview with Veteran’s History Project, Ronald recalled how he provided aid during a rescue mission on his first day in Okinawa before the end of the war. A Japanese Kamikaze plane dove into a nearby Marine ship and thankfully the LST naval ship that Ronald was on was nearby, and his crew was able to rescue more than 60 Marines.