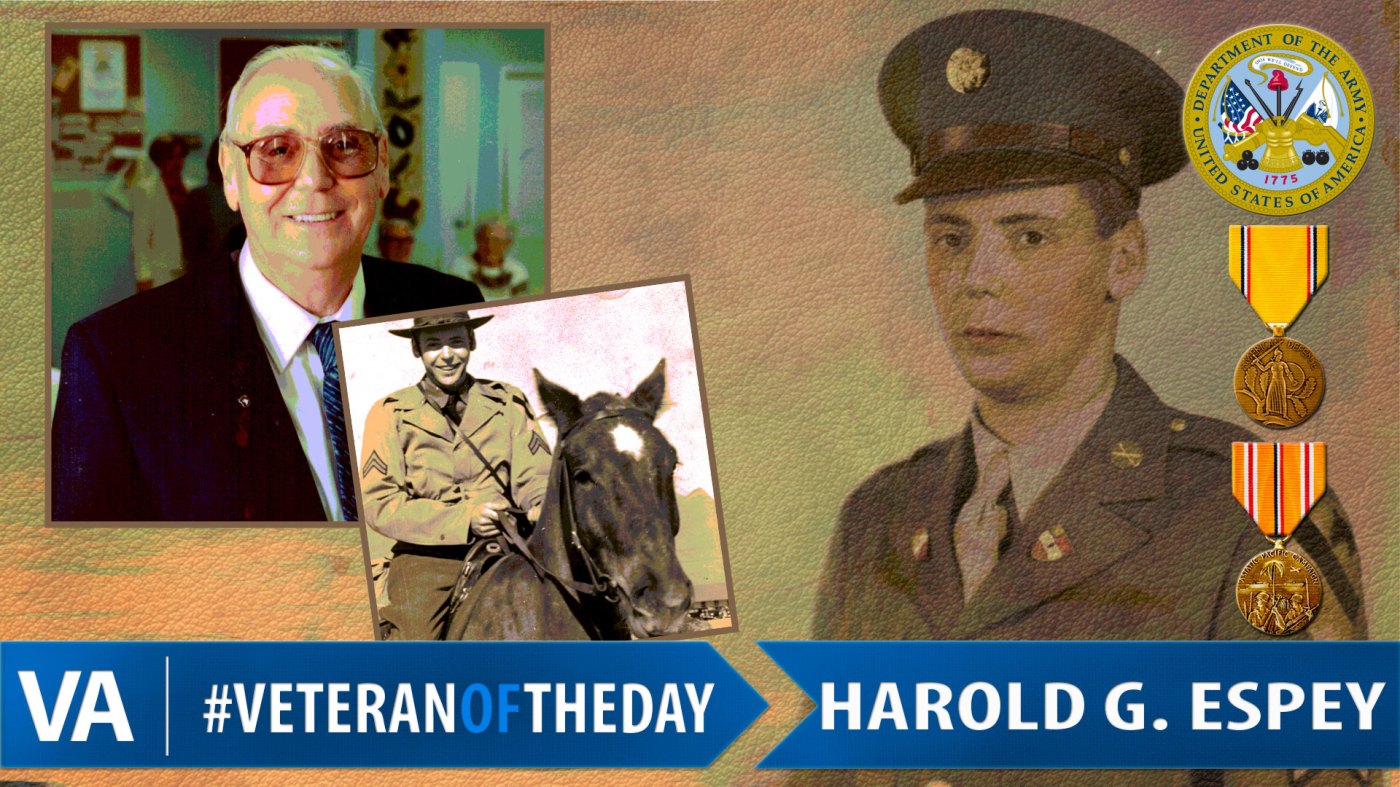 Harold served as a technician fourth grade with A Battery, 82nd Field Artillery Regiment during World War II. He was assigned to the Pacific Theater, specifically New Guinea and the Philippines.

Drafted in 1941, Harold was first sent to Field Artillery School in Fort Sill, Oklahoma, and later trained at Fort Bliss, Texas. He worked with horses until his unit was mechanized. In 1943, Harold set sail for Australia for further training at Camp Strathpine. He then transferred to Inspector General E.P. Stone’s office in Division Headquarters.

When the war ended, Harold was in Manila. He recalled meeting a nun there who kindly informed his wife that he was safe when she returned to the United States. Harold was discharged in 1945. Reflecting on his time, he wrote, “There were two ships sitting in the harbor. One was going to Japan and one was going to the States. Guess which one I took?”

For his service, Harold was awarded the Asiatic Pacific Medal with four stars, the American Defense Service Medal, and many others.