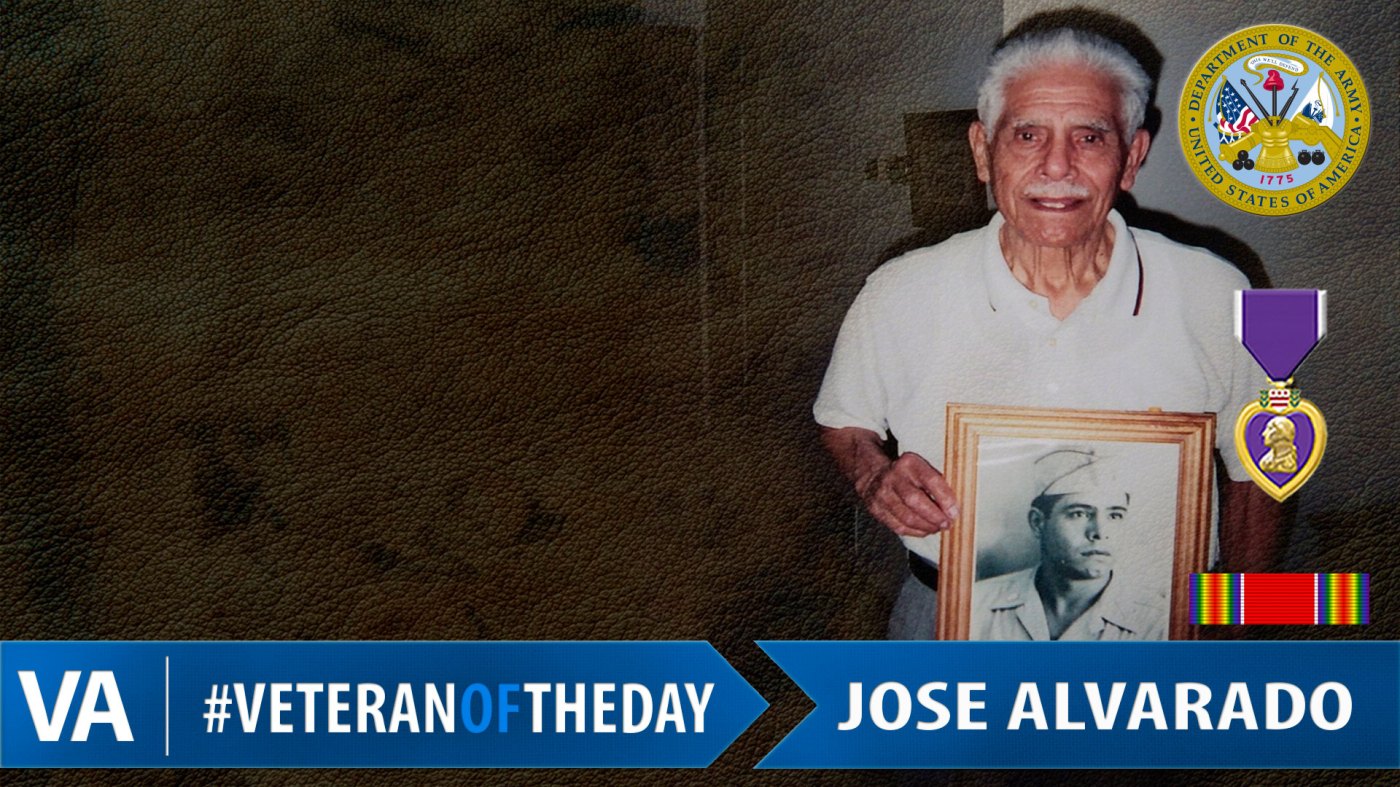 Today’s #VeteranOfTheDay is Army Veteran Jose B. Alvarado. Jose served during World War II from April 1941 to March 1945 as a 2nd Lieutenant.

Jose was drafted into the Army at age 22 and completed basic training at Camp Shelby in Hattiesburg, Mississippi. While serving, Jose traveled from Mississippi, through the Panama Canal, to Hawaii, and the Philippines. Jose served with K Company, 152nd Infantry Regiment, 38th Infantry Division.

After sustaining injuries in battle while stationed in the Philippines, Jose was honorably discharged from the Army in March 1945 and returned to his wife in Indiana. Jose and his wife went on to open a restaurant, Joe’s Taco Grill, in East Chicago, Indiana after several years of working in a mill.

Jose passed away in March 2009 at the age of 90 in his hometown of Munster, Indiana.

We honor your service, Jose.