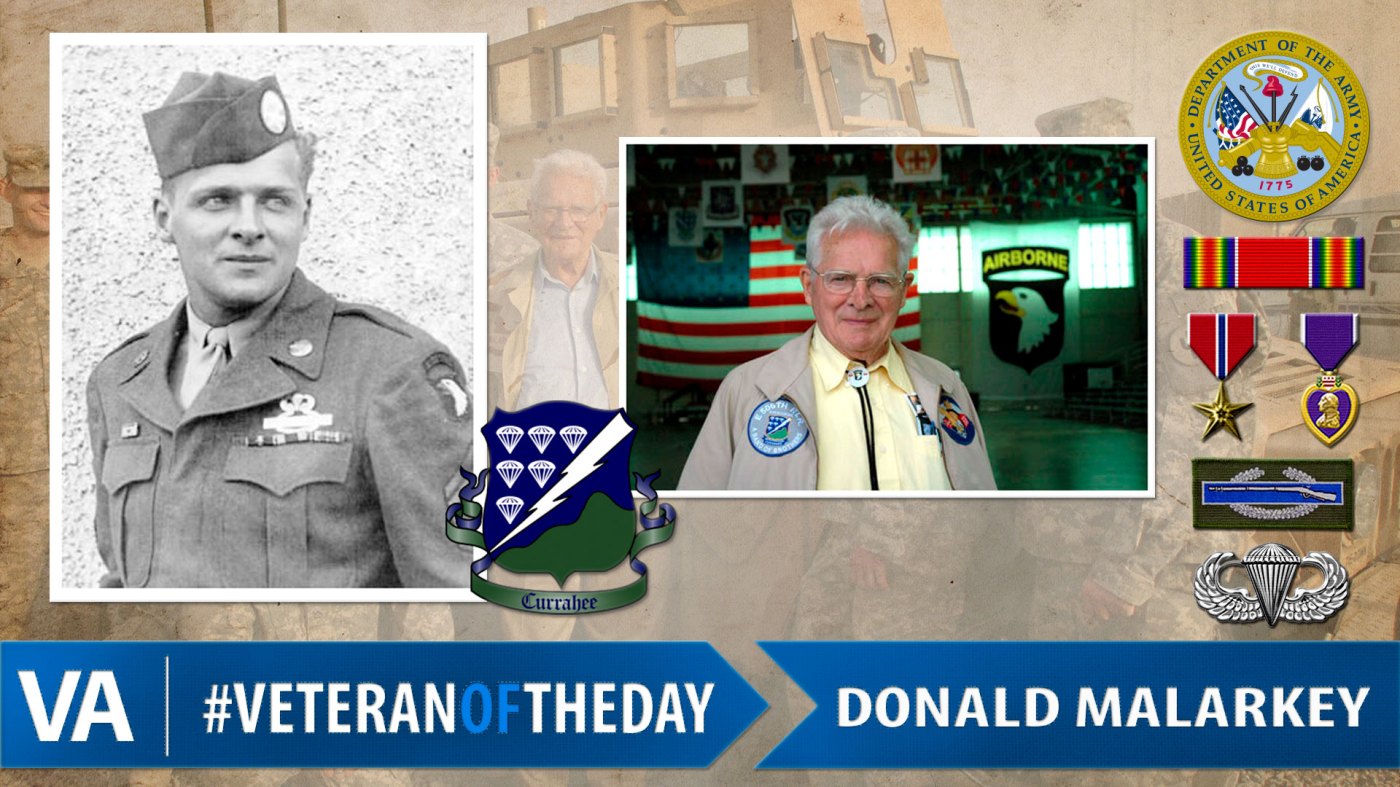 Today’s #VeteranOfTheDay is Army Veteran Donald Malarkey. Donald was one of several members of Easy Company who were portrayed in the HBO miniseries Band of Brothers.

Donald was in his first semester at the University of Oregon when the Japanese attacked Pearl Harbor. He tried enlisting in the Marine Corps and the Army Air Corps, but was drafted into the Army in 1942. He volunteered to be a paratrooper after reading a Life magazine article about them being the best. He received his jump certification in 1942.

He was assigned to E (“Easy”) company, 2nd Battalion, 506th Parachute Infantry Regiment of the 101st Airborne Division. He participated in Mission Albany, the airborne landing portion of Operation Neptune, the largest amphibious invasion in history, which was the assault portion of Operation Overlord. He parachuted into France and helped knock out four German 105 mm artillery battery, for which he earned the Bronze Star.

Donald fought for twenty-three days in Normandy, nearly eighty in the Netherlands, thirty-nine in the Battle of Bastogne in Belgium, and nearly thirty more in and around Haguenau, France, and the Ruhr Pocket in Germany. He served more consecutive time on the front lines than any other member of Easy Company.

After the war, Donald returned to the University of Oregon and received his bachelor’s in business. He was introduced to historian Stephen Ambrose in 1987, and in 1989 traveled with other members of Easy Company to Europe to provide oral histories of their war experiences. Those recollections became the basis for Band of Brothers, executive produced by Steven Spielberg and Tom Hanks, and the source book of the same name written by Ambrose.

Donald was frequently asked to speak about his experiences in WWII, and he lectured at West Point and made trips with the USO to Kuwait and Germany to meet with wounded soldiers from the Iraq War.