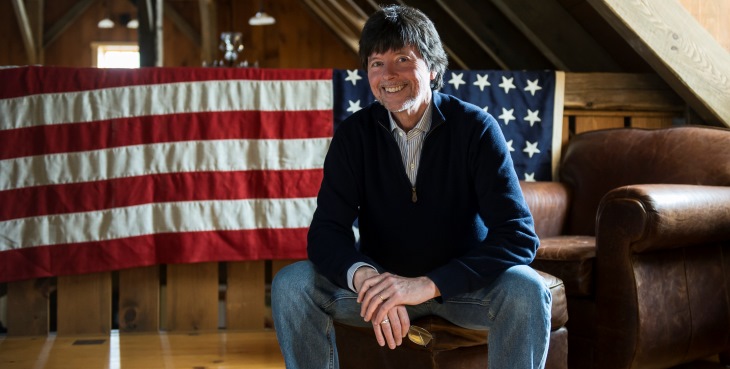 The New Jersey Vietnam Veterans’ Memorial Foundation’s Annual Salute to Patriotism Gala will celebrate the 22nd anniversary of the memorial and honor prolific documentarian Ken Burns for his work on the documentary, The Vietnam War, which he produced with partner, Lynne Novick, for PBS.

“I’m so honored to be invited to be with the New Jersey Vietnam Veterans’ Memorial Foundation the evening of Oct. 27,” Burns said. “The foundation operates the New Jersey Vietnam Veterans’ Memorial, honoring the 1,563 New Jersians who made the ultimate sacrifice during the Vietnam War. Adjacent, the Vietnam Era Museum is among the first of its kind in the country devoted to gaining an understanding of the era, the war in Southeast Asia and its lasting impact on American culture. Being there holds great importance for me as our series, The Vietnam War, will be broadcast on PBS the last two weeks of September. This is indeed a timely event, and one I’m very much looking forward to.”

Since 1995, the New Jersey Vietnam Veterans’ Memorial has provided a place to honor those who have served and continue to serve our country. The memorial is a place “To Remember, To Heal, To Honor” through ceremonies and outreach programs. The adjacent Vietnam Era Museum is the only museum of its kind in the country.

New Jersey native Michael Heaney, a retired lawyer and college professor, now travels extensively as a guest lecturer sharing history and lessons of the Vietnam War with a variety of audiences. Heaney’s story and perspective are featured in three of the 10 episodes of The Vietnam War, and he is unequivocal in his support for the project.

“The film has been really – and it’s not an exaggeration to say – it’s been a life-altering event for me. I’ve met such good people with good hearts who are trying to tell the story of Vietnam honestly; and that’s very hard to do as it’s so complicated,” he said. “There are so many lessons we can learn from that war that could help us negotiate some of the dangerous situations we face today, and we just don’t know enough — we haven’t learned those lessons. I try to bring that to my audiences. This project (The Vietnam War) does that.”

In addition to his teaching and other service to the Veteran community, Heaney sees the Burns-Novick project as a perfect vehicle to give a voice to those who died in service to their country and to those survivors who were never welcomed back. He speaks of the 10 “beloved men” of his platoon who were lost in a brutal, horrifying battle, “I’ve been on a mission since 1967 to keep the memories alive of the guys who went over there to do something important and never came back. Their voices can’t be heard. This (project) lets their voices be heard.”

Honoree Ken Burns has been making documentary films for almost 40 years. Since the Academy Award nominated Brooklyn Bridge in 1981, he has gone on to direct and produce some of the most acclaimed historical documentaries ever made, including The Civil War; Baseball; Jazz; Frank Lloyd Wright; Mark Twain; Unforgivable Blackness: The Rise and Fall of Jack Johnson; Jackie Robinson; and, Defying the Nazis: The Sharps’ War.

Burns’ films have been honored with dozens of major awards, including 15 Emmy Awards, two Grammy Awards and two Oscar nominations. In September 2008, at the News and Documentary Emmy Awards, he was honored by the Academy of Television Arts and Sciences with a Lifetime Achievement Award.

How did you experience the events of the Vietnam era? This is the question posed by PSB | The Vietnam War project, and people are invited to submit their videos, photographs or simply write about their experience. If you would like to contribute, follow this link to read more about guidelines and submission instructions.

The New Jersey Vietnam Veterans’ Memorial Foundation offers a meaningful and engaging experience that recognizes the sacrifice, courage and valor of Vietnam Veterans and encourages and fosters a thorough understanding of the Vietnam era including the political, historical, social, cultural and military aspects, which affected the United States, and especially New Jersey.

The foundation operates and manages the New Jersey Vietnam Veterans’ Memorial and the adjacent Vietnam Era Museum & Educational Center located at 1 Memorial Lane off Exit 116 (PNC Bank Arts Center) in Holmdel, New Jersey. The memorial honors all those who served our country and state during the Vietnam War, especially the 1,563 New Jersians who did not return home. It is a powerful and fitting tribute to their sacrifice. The memorial is open 24-hours, seven-days a week.

Sarah Taggart is the deputy director of the Vietnam Veterans’ Memorial Foundation located in Holmdel, New Jersey. She feels it is truly an honor to work alongside New Jersey’s Veterans and make sure their stories are never forgotten.