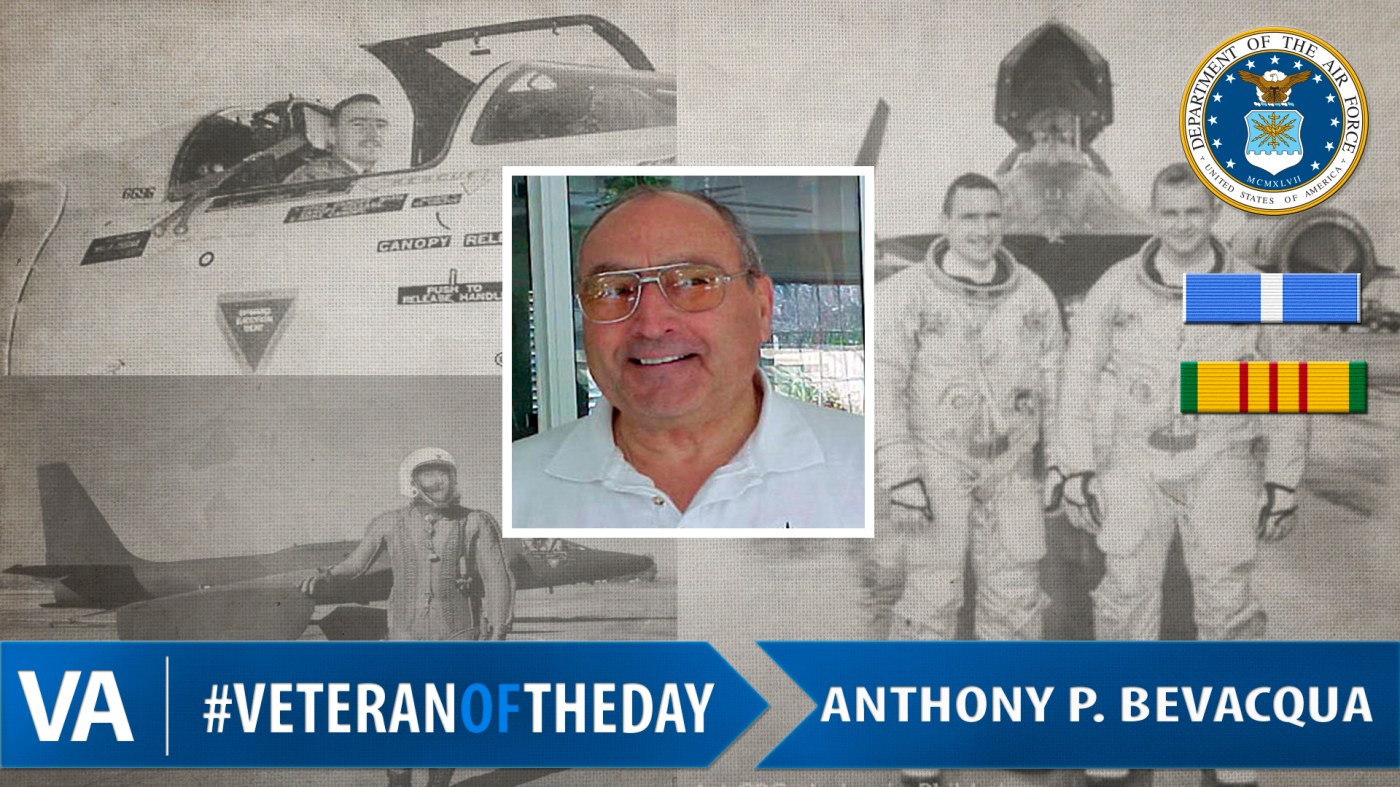 Today’s #VeteranOfTheDay is Air Force Veteran Anthony Philip Bevacqua. Anthony served from 1952 to 1973 during the Korean War and the Vietnam War. He was born in Cleveland, Ohio, in 1932 and enlisted in the Air Force in the midst of the Korean War. He completed basic training at Sampson Air Force Base in Geneva, New York. In 1953, he trained as a cadet and pilot at Lackland Air Force Base in San Antonio, Texas. On April 14, 1954 Anthony graduated from his last stage of flight training as a second lieutenant pilot. After completing gunnery school, Anthony received his first assignment with the 508th strategic fighter wing at Turner Air Force Base, Albany, Georgia. It was at this time that he married his wife.

In 1973, Anthony retired from Beale Air Force Base, Yuba City, California, after more than 20 years of service. He remained in Yuba City and raised his family. After his service, he worked as a real estate agent and mortgage lender with his son. Anthony also served as the chairman of the Beale Military Liaison Committee, and became a member of the Air Force Association and the Military Officers Association of America.

Thank you for your service, Anthony!