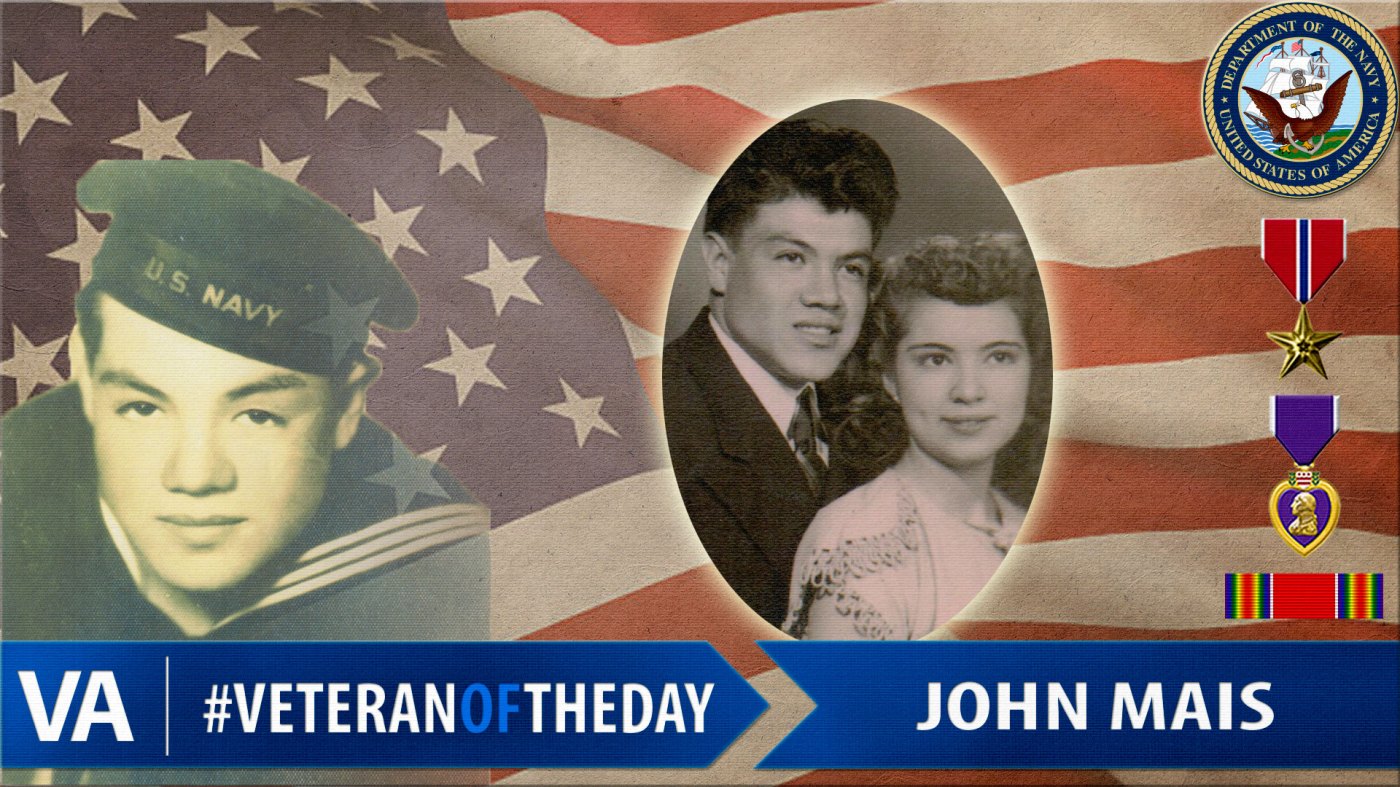 John was a teenager and served on the U.S.S. Princeton aircraft carrier, the U.S.S. Boxer aircraft carrier and the U.S.S. Brinkley Bass destroyer. In his own words sent in from a family member, “I was wounded when the USS Princeton, sunk. Young and frightened, I was swimming for my life while being shot at from the Japanese airplanes. I count myself lucky to have been an excellent swimmer; many of the sailors could not swim and became easy targets wearing life jackets.” John was awarded the Bronze Star for his service and bravery.

After retiring, John and his wife Connie volunteered at local senior centers, were members of the VFW for 18 years, and enjoyed country western dancing. John and his wife celebrated their 70th anniversary in December 2016, with their son and two daughters; his wife passed away six months later. In July, he celebrated his 91st birthday.