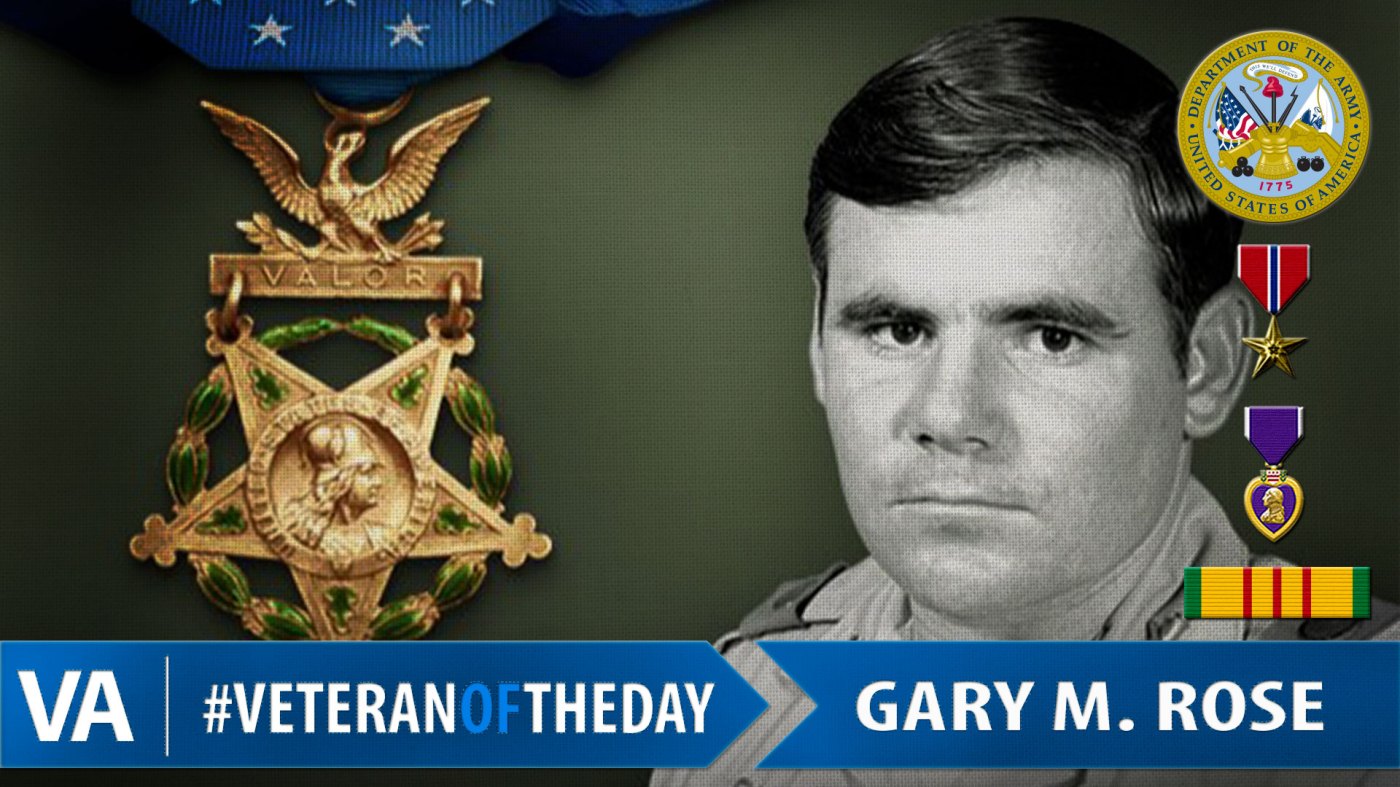 Today’s #VeteranOfTheDay is Army Veteran Gary Michael Rose. Gary received the Medal of Honor for his actions during the Vietnam War.

Gary enlisted in the Army in 1967 and became a Special Forces combat medic. He served in Lopburi, Thailand, where he trained Thai soldiers and border police medics. In 1970 he requested transfer to Vietnam and was based in Kontrum where he treated the wounded and local civilians. Gary was wounded on his first mission in June 1970, where he received his first Purple Heart and Bronze Star.

On Sept. 11, 1970, Gary was with a company-sized exploitation force consisting of Americans, Vietnamese and indigenous parliamentary Montagnard personnel. They were inserted inside enemy territory in Laos and were moving in. Before long, they were met by enemy forces, which would set off a four-day battle.

Over the course of the battle, Gary repeatedly exposed himself to enemy fire to save his comrades, at one time dragging a wounded Montagnard to safety with one hand while fighting off the enemy with the other hand. Gary also received many wounds, but it did not stop him. He never took time to eat, rest, or care for his own wounds while treating other soldiers.

On the last day of the battle, he boarded the last extraction helicopter after fighting off the enemy only 50 meters away. Soon after the helicopter lifted off, it was hit by anti-aircraft fire. The door gunner had been shout through the neck, and Gary rendered lifesaving medical treatment to him before the helicopter crashed. Gary was thrown from the helicopter before it crashed, but still managed to crawl back into the wreckage and pulled out the wounded and unconscious. He continued to treat them until another helicopter came to rescue them.

Only three men died during the four days of almost constant contact with a superior enemy force deep in enemy territory. He was credited with treating between 60 and 70 wounded and saving many lives.

Gary continued his career in the Army and graduated from Officer Candidate School, becoming a field artillery officer. He reached the rank of captain before retiring.

Thank you for your service, Gary!