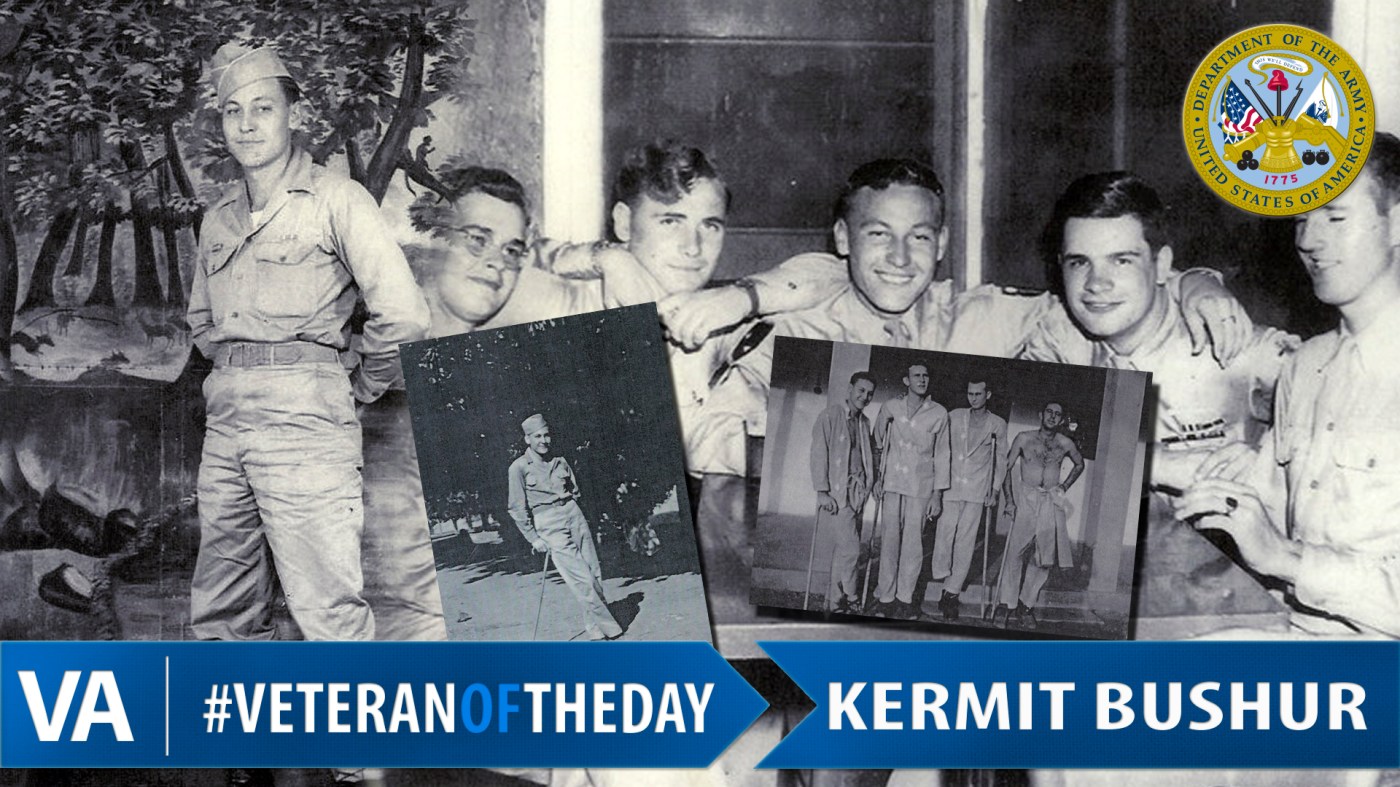 Today’s #VeteranOfTheDay is U.S. Army Veteran Kermit “Tony” Bushur. Tony served from 1943 to 1945 during World War II and attained the rank of private.

In an interview with Veteran’s History Project, Tony discussed his life and time in the military. He was born March 22, 1924 in Neoga, Illinois. While Tony was a freshman in college, the Japanese attacked Pearl Harbor. He finished his first year of college before completing a government-provided machine shop school followed by a job in a Chicago plant. Tony never received notice of being drafted, and upon visiting the draft board he was told he was needed in the factory to support the war effort. After the news, Tony quit his job, wishing to serve in the military. However, he was again passed over when the draft board determined he should work on his family’s farm. This time Tony decided to enlist in the Army. He completed basic training in Little Rock, Arkansas, and was assigned to Sharon, Pennsylvania.

Tony saved money by ironing his fellow soldiers’ clothes and bought a train ticket to attend his brother’s wedding in Chicago. Upon returning to Sharon, he discovered that his unit had been shipped to Europe. Tony was assigned to a new unit and while sailing to the Mediterranean, their ship was attacked by German bombers. Their ship was sunk by a torpedo, killing over a thousand men. Tony was rescued from the attack and was sent to a new convoy in India. While in Calcutta, he volunteered for a combat mission in Burma and joined the famous 5307th Composite Unit, also known as Merrill’s Marauders.

Tony’s unit saw frequent combat in the jungles of Burma and during a successful mission to rescue a surrounded unit under siege, he was hit in the right thigh with over a dozen bullets. He was flown to a nearby hospital and feared he would lose his leg. The surgeon was instructed to amputate the leg, but instead decided he could save it. Tony’s bones and muscles were completely repaired and he was soon walking again.

After surgery, he was sent back to the United States. Upon return, Tony met and married a member of the Women’s Army Corps.

We honor your service, Tony.