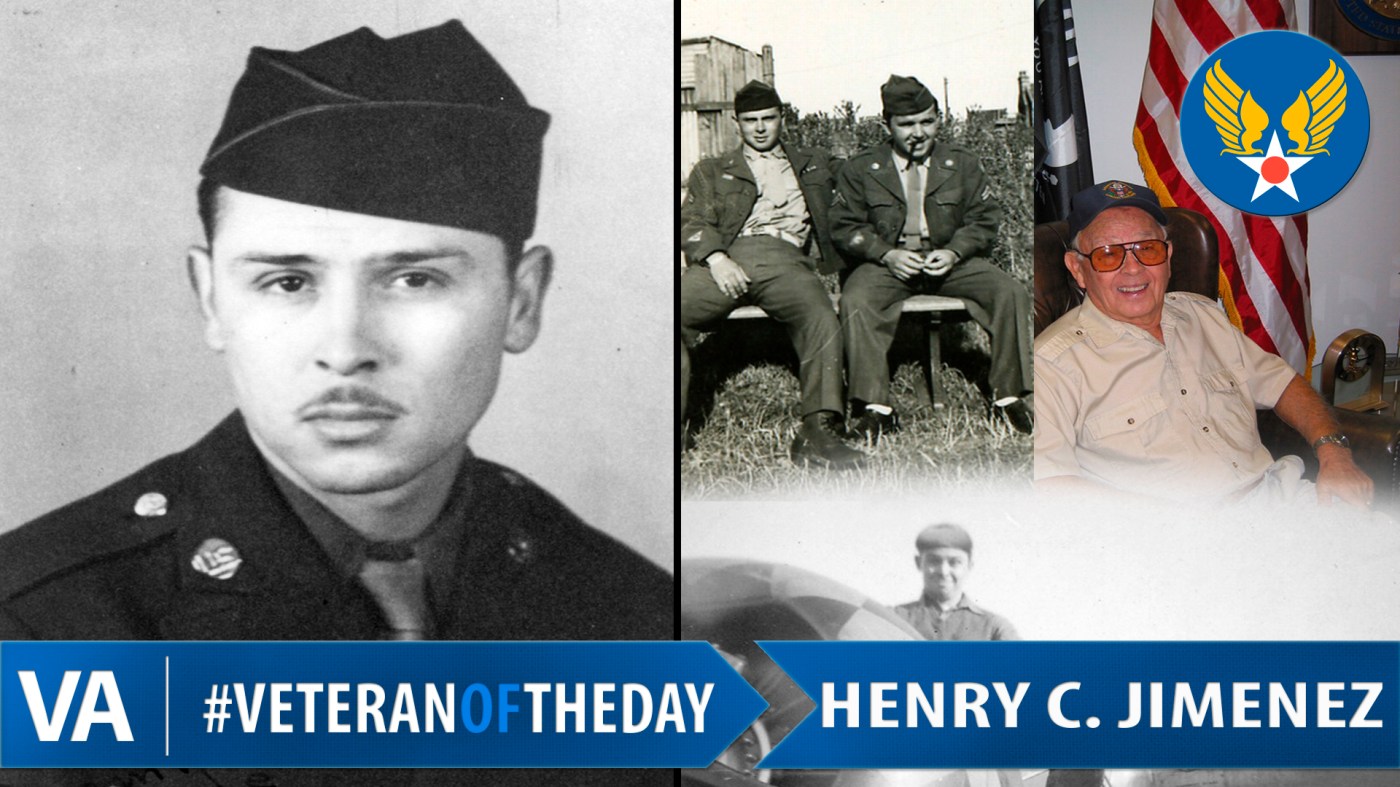 After Henry signed up for selective service in high school he was drafted. He was assigned to Fort MacArthur where it was decided he would be in the Army Air Corps due to his background in engines and mechanics. Henry went to various training sites around the United States where he learned how to work on engines. From there, he was sent to Suffolk, England.

In an interview with the Veteran’s History Project, Henry recalls his time in England with the 8th Air Force, 353rd Fighter Group. His job was a refueling operator and was part of the alert crew. The crew would spend almost 18 hour days servicing aircraft after a mission, and even fixing planes that had been shot. His most memorable day was when he had the opportunity to fly airplanes, and excitedly reminisces flying Oxfords, Piper Cubs, B17’s, B24’s, and B6’s. For his service, Henry was awarded the Good Conduct Medal and the World War II Victory Medal.

We honor your service, Henry.