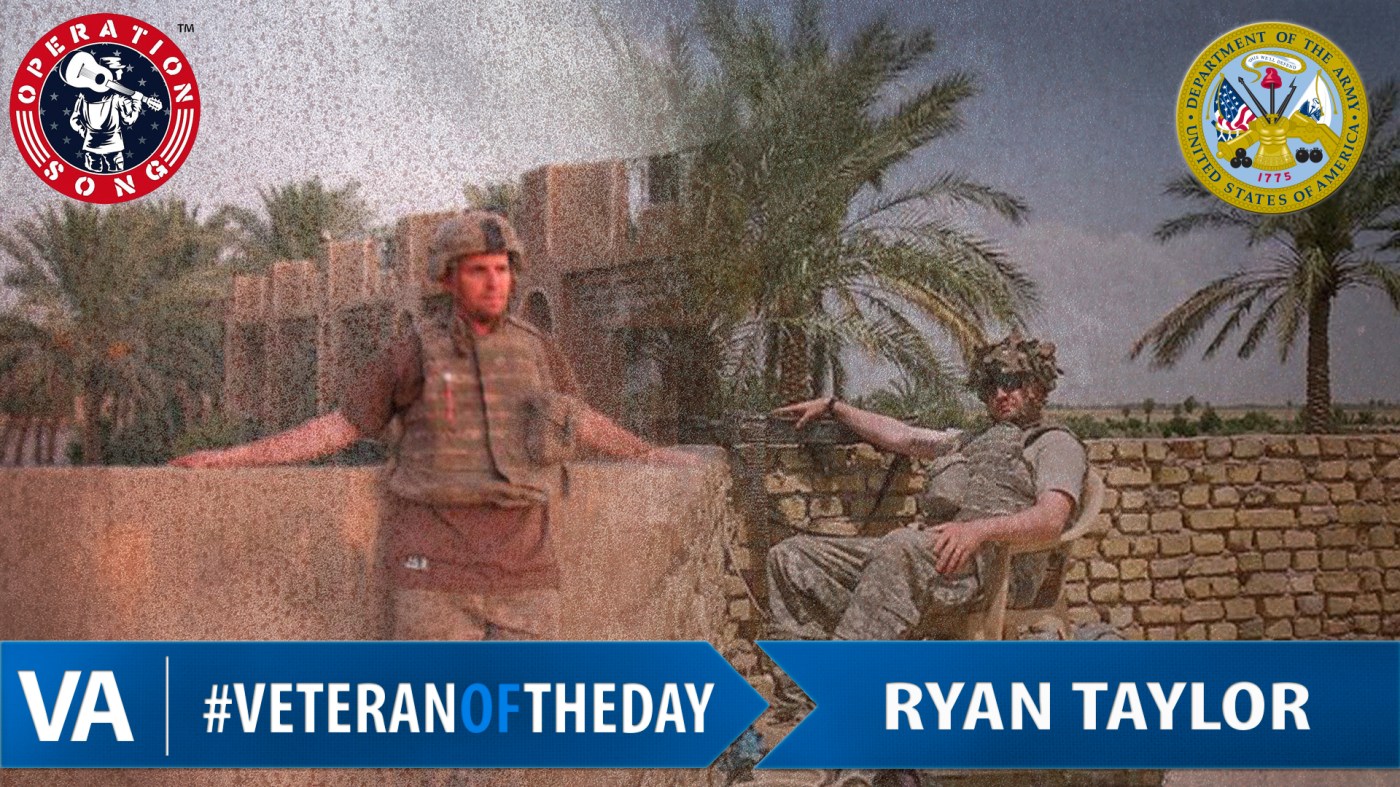 Ryan served in the Army from 2005 to 2010. He was a paratrooper for the 82nd Airborne Division. He served in Operation Iraqi Freedom from 2006 to 2008 and his unit was awarded the Presidential Unit Citation.

Upon returning to civilian life, Ryan struggled with PTSD, making the transition to civilian life difficult. He gained an interest in music therapy and first attempted to see a music therapist; however, the therapist retired before his appointment. Two years later, when he discovered he qualified for Operation Song due to his PTSD, he jumped at the opportunity; especially because one of the song writers involved wrote his daughter’s favorite Blake Shelton song.

Ryan’s therapeutic experience with Operation Song has impacted both him and those in his group. When he read them his song, “Some Days,” he realized his experiences with PTSD and suicide was shared by other Veterans.

“Some Days” is about the struggle of losing friends and family due to PTSD, meeting with psychologists and suicide experiences many Veterans face when returning to civilian life. The song ends with the number for the Veterans’ Crisis Hotline (1-800-273-8255) because this was the number that saved his life.

Other Veterans have told Ryan that hearing “Some Days” saved their lives. Ryan wrote this song to inform the public that Veteran suicide is a serious issue that deserves more attention. He wants those who are struggling with PTSD, suicide and other mental health issues to know they’re not alone; there are others who understand and there is help. Ryan will feel blessed knowing that his song can save even just one Veteran.

Thank you for your service, Ryan!

Listen to the song, “Some Days” here: