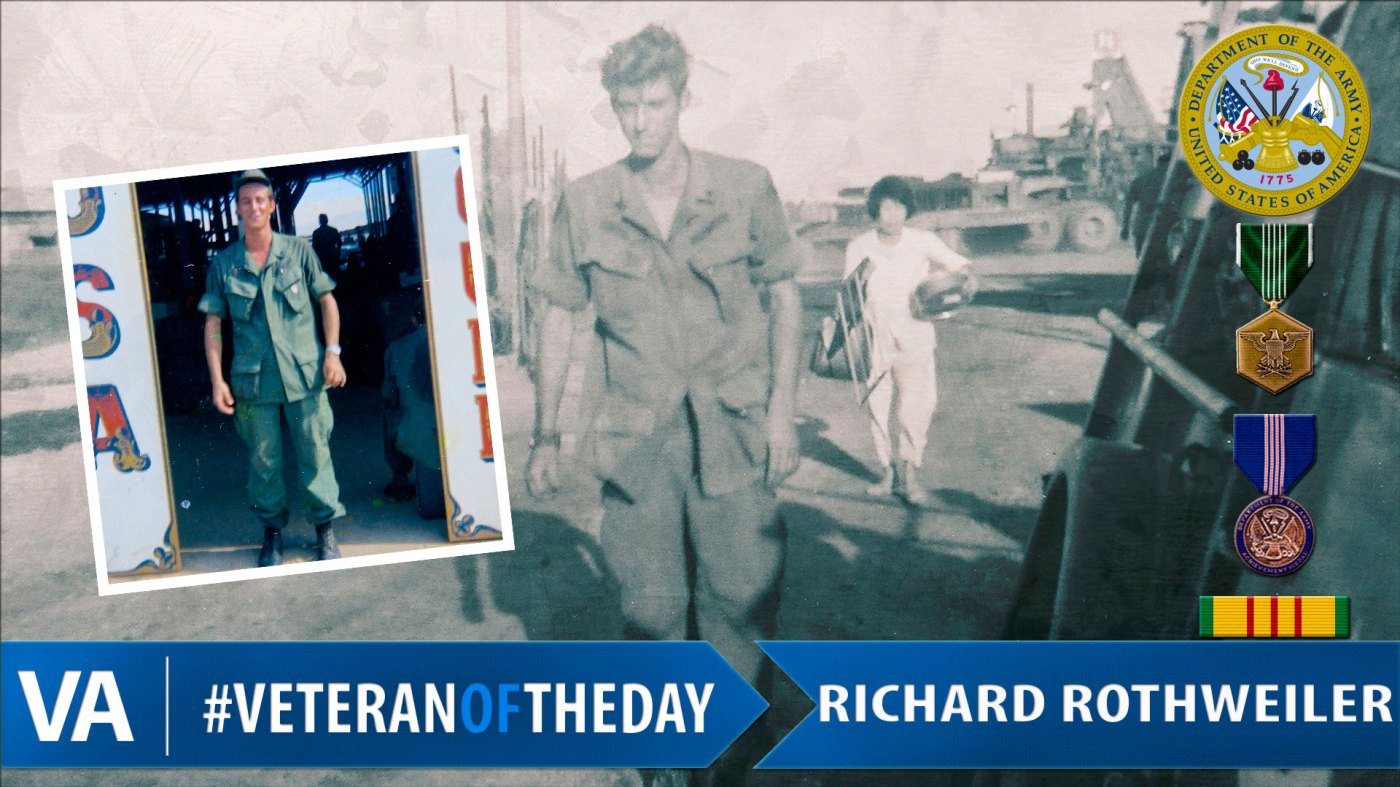 Today’s #VeteranOfTheDay is Army Veteran Richard Rothweiler. Richard served in the 1970s during the Vietnam War and in the 1980s during the Central American Crisis.

Richard currently lives in Harrison, Ohio, where he drives a school bus and seeks to complete his bachelor’s degree at Mount St. Joseph’s University. Richard is still very active with the Veterans of Foreign Wars organization ; he consistently honors Loyalty Day and volunteers to speak to children about Patriot’s Pen and Voice of Democracy. Richard seeks to spread awareness about Veterans in schools and help raise scholarship money for young students. Richard recently facilitated the coordination of an Archery Competition for the Wheelchair Games held annually in Cincinnati, Ohio.

Richard continues to give back to his country long after his time of service in the military.