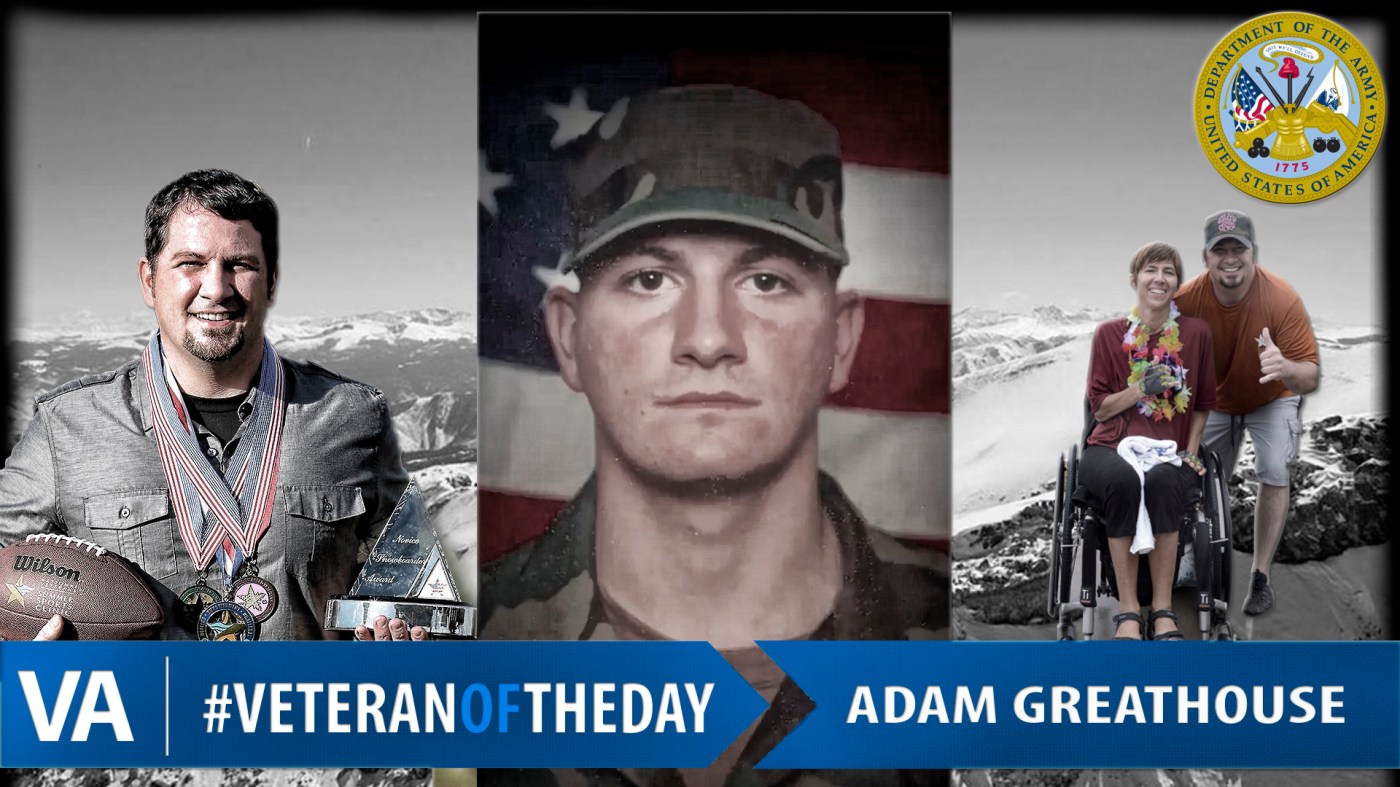 While Adam was deployed in Kosovo in 2001, he awoke one day unable to move. Adam started hallucinating and was later medically evacuated to Landstuhl Regional Medical Center with unstable vital signs. He contracted a bacterial infection in his lungs. He went into acute respiratory distress and suffered a traumatic brain injury from lack of oxygen. Adam went into a coma and woke up two months later, 100 pounds lighter and missing one of his lungs. He was diagnosed with a traumatic brain injury including partial amnesia, memory loss and physical paralysis. Adam fell into depression after being mentally and physically broken. He credits his nurse, his mom and his family for getting him through the challenging months.

Determined not to become a statistic, Adam went to his local VA Medical Center to receive treatment and begin rehabilitation. In 2014, he started volunteering weekly at the Huntington VA Medical Center in West Virginia as the first voluntary recreational therapy peer support specialist. Adam drove to the medical center more than three times a week, over two and a half hours each way. Adam said, “When I was in the process of going through the system, if someone…said they were going to be there and they didn’t show up, then I would know the whole system failed…I’m not going to let that happen. Twenty Veterans die each day to suicide – not on my watch.”

Adam also participated multiple times in the National Veterans Winter and Summer Sports Clinics. Adam is now a Veteran ambassador for the sports clinics where he conquers his challenges by uplifting others.

Thank you for your service, Adam!