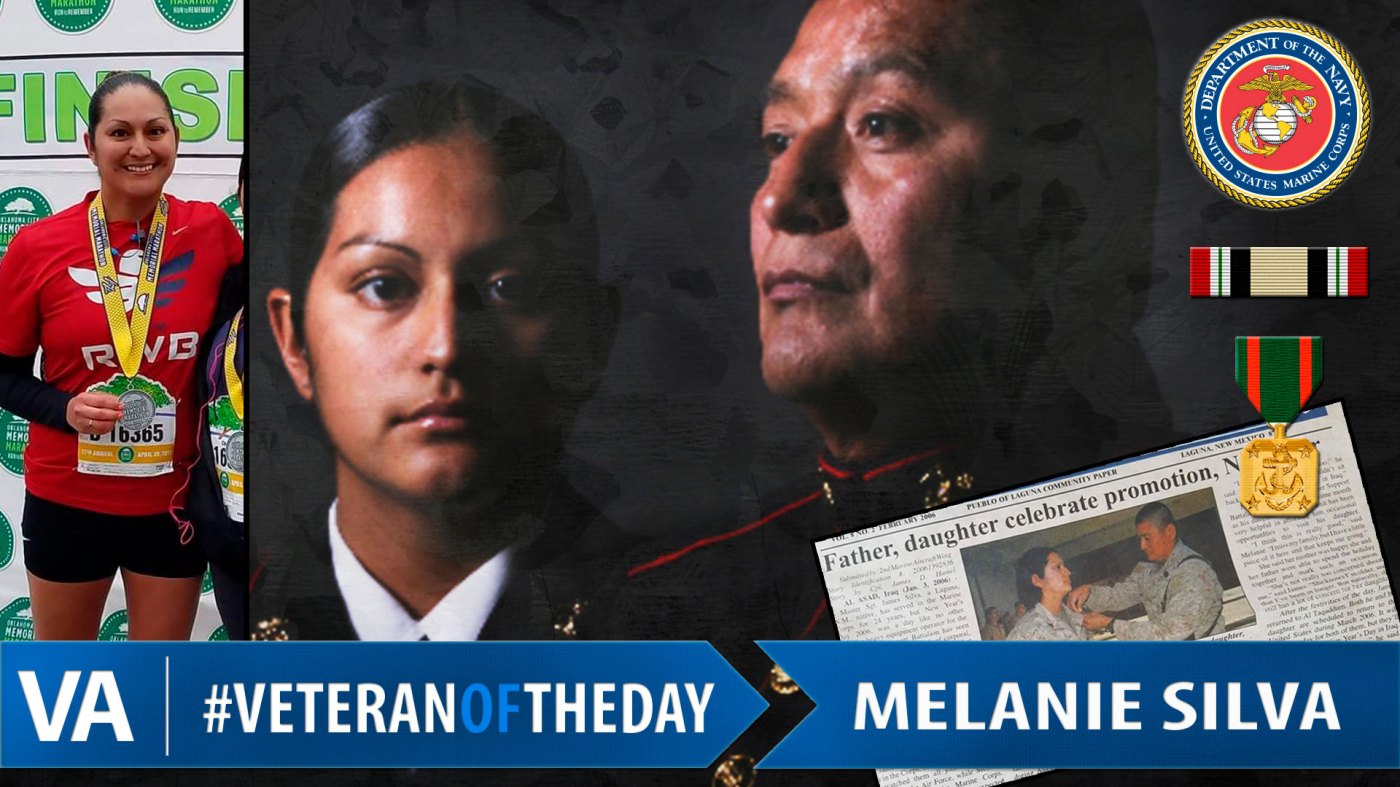 Originally from Laguna, New Mexico, Melanie comes from a military family. Her father served in the Marine Corps for more than 25 years. After Melanie spent her high school years participating in JROTC, she decided to join the Marine Corps, following in her father’s footsteps.

Melanie was deployed from August 2005 until March 2006 in support of Operation Iraqi Freedom. Her favorite memory from her service abroad was when she was promoted to corporal. Her father was also deployed in Iraq at a different location. However, he had the opportunity to pin her corporal chevrons. Melanie received the Navy and Marine Corps Achievement Medal for her service.

Today, Melanie continues her career in public service by working as a legal administrative specialist with the Department of Veteran Affairs. “I help Veterans and their families with benefits to include service-connected disabilities, non-service connected pension and education,” she said. Melanie also serves as the community director for Team Red, White and Blue, which aids Veterans by connecting them to the community through physical and social activity.

We thank you for you service, Melanie!