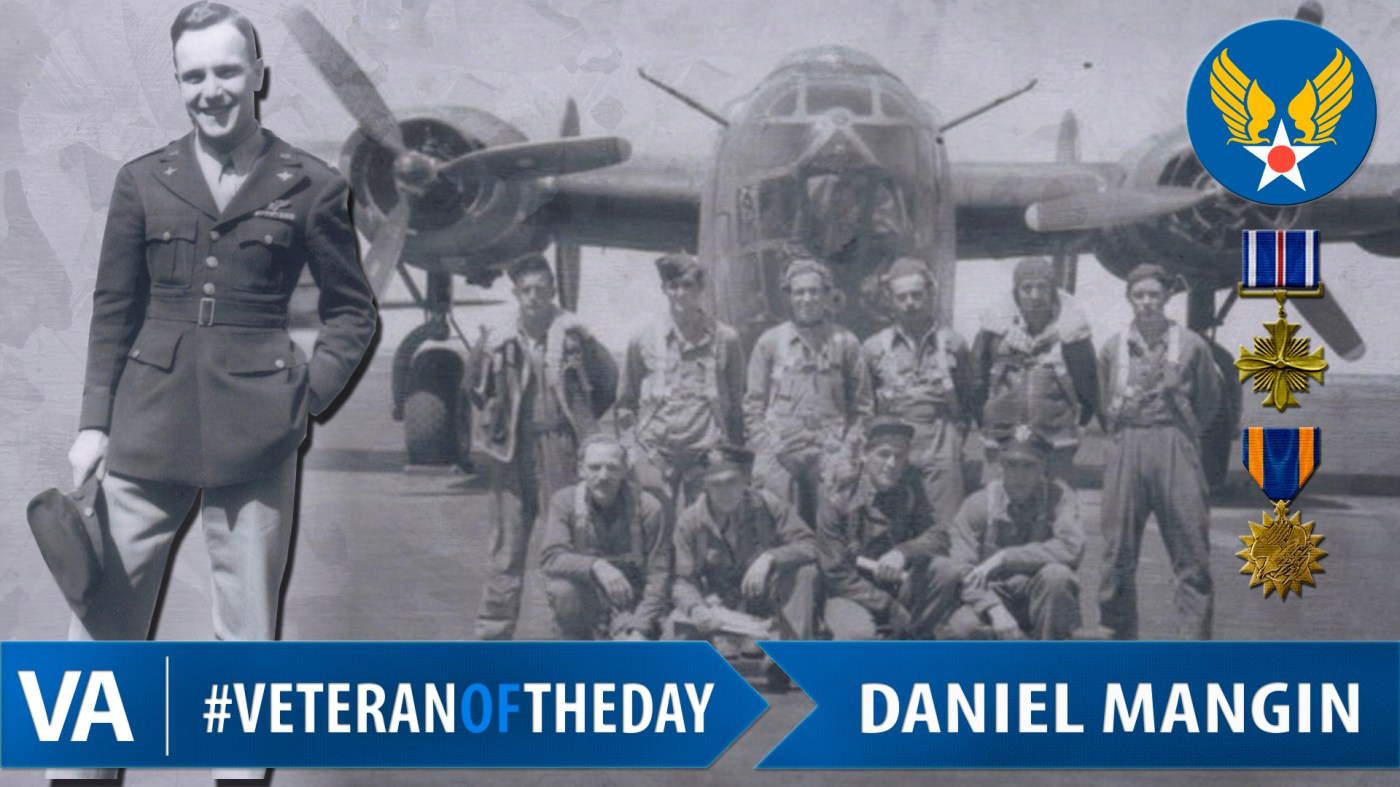 In an interview with the Veterans History Project, Daniel discusses enlisting in the Army Air Corps after the bombing of Pearl Harbor. After completing training, he was deployed to the European Front.

Daniel flew a total of 35 combat missions in Northern Europe. He traveled to England, Germany, France and Sweden. He was part of a campaign to destroy Germany’s infrastructure and dropped bombs on Germany’s railroads and trains. Daniel received the Distinguished Flying Cross and three Air Medals for his service.

Upon completing his service, Daniel received a degree in electrical engineering from Catholic University where he met his wife. He worked for an electrical contractor for over 35 years.

Daniel passed away on Feb. 2, 2004. He is survived by six children and many grandchildren.

We honor your service, Daniel.