Home / Benefits / Who we are: Robert Sanders wants Veterans to have the info he didn’t have

Who we are: Robert Sanders wants Veterans to have the info he didn’t have 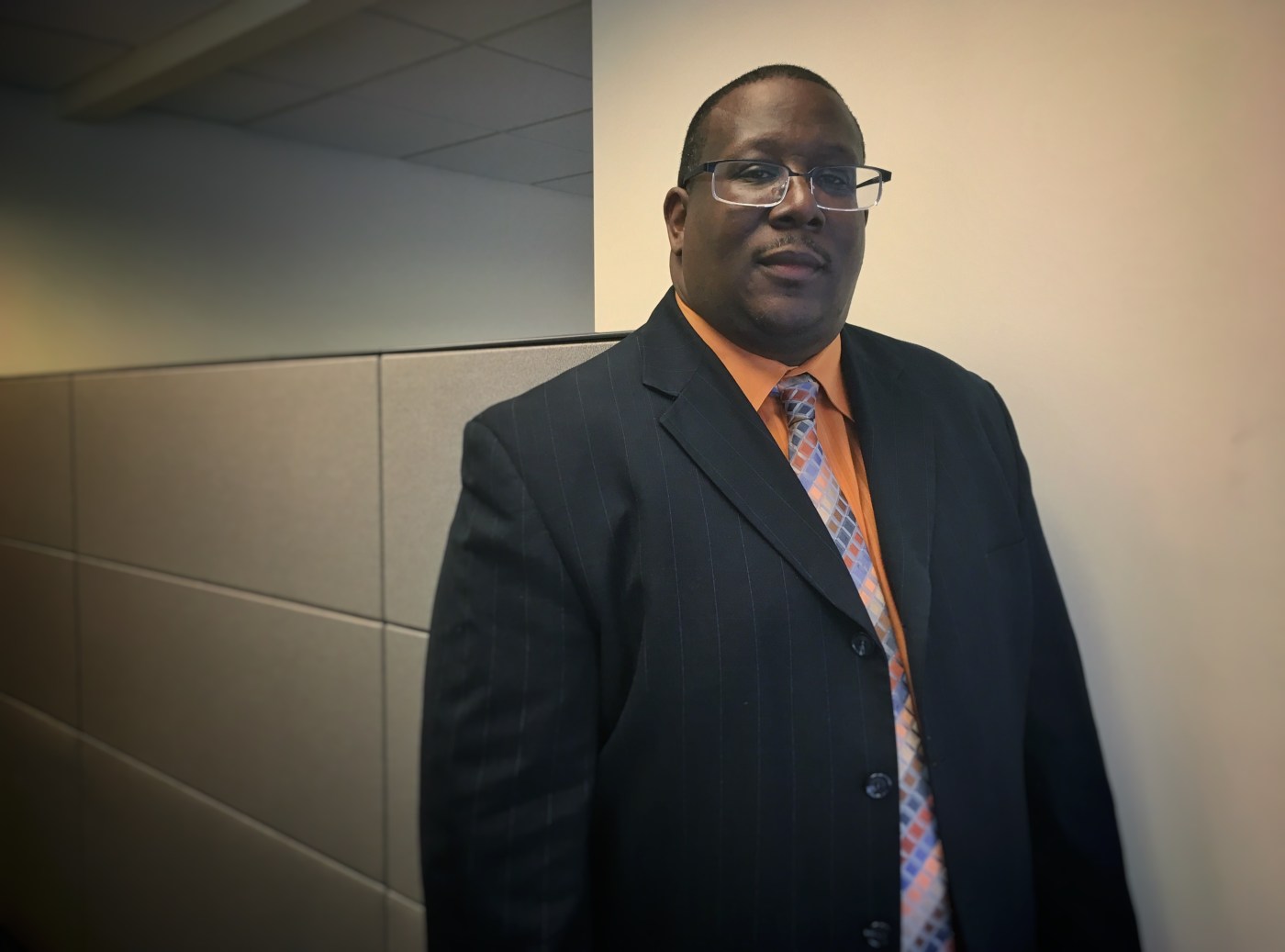 Everyday, millions of hardworking Americans report to their places of duty all across the country, and these civil servants quietly work to make your lives better, safer, healthier, more productive. Today, we in the Veterans Benefits Administration want you to know who we are. We want you to know that many of us are you, and we want to share with you what it is we do and why we care.

Meet Robert Sanders, Veterans Benefits Administration’s (VBA) Transition Assistance Program’s (TAP) Chief of Operations. Soft-spoken and humble, Sanders is a friendly giant, the kind of guy you’d think would make a great police officer, where you just know he’d take a few minutes to shoot hoops with teens at a local park before returning to patrol.

In fact, that was once the plan. After six years in the army—including a deployment to Iraq for Operation Desert Shield (and Storm)—the South Carolina-native-but-Philly-claiming Sanders was waiting to take a police test when he lucked into employment with VA.

“I broke my ankle in service,” he said, “but the way I found VA was by accident. My father was driving me to what he thought was the VA hospital, but it ended up being the VBA regional office. They said, You got to the go the hospital. But on the way out, my father asked if they were hiring, and he grabbed me an application.”

But with his heart still set on law enforcement, Sanders took the police test, too. In the meantime, at VA, the hard-worker got promoted. And then when he was scheduled for the police test’s physical evaluation, Sanders twisted his ankle before the test and missed it. By luck or design, Sanders kept moving up, kept learning more about VA.

Sanders enlisted in the army because he “lacked direction,” for one, but also because he wanted to follow in his grandfather’s footsteps—he had also served. The discipline and strength and restraint he learned in service carried over to his path at VA. Next January will be his 24th year.

Now, as the chief of TAP operations for VBA’s Benefits Assistance Service, Sanders works with the military branches and other partner agencies to ensure Service members are aware of their VA benefits and services upon retiring or leaving service.

VA wants service members to know that they are not alone in transitioning from the service, and learning about VA benefits doesn’t have to be at the end of an individual’s military career. There are VA resources available at installations, including benefit advisors who provide one-on-one assistance and benefit briefings. service members can contact the Transition Assistance Program manager on the installation to find the benefits advisor’s contact information.

“It’s my job to ensure that VA transition training runs smoothly in the field—at military installations,” he said. “I want them [transitioning service members] to have the info I didn’t have.

“The thing I want Vets to know is that VA has lots of support for them. YOU have to decide what, but there’s tons out there. SO much. That’s what I tell people. It blows them away to learn just how much, and that’s what we put into the TAP briefings for those who are transitioning out.”

Thank you for your service, and for continuing to serve our Veterans, Robert.