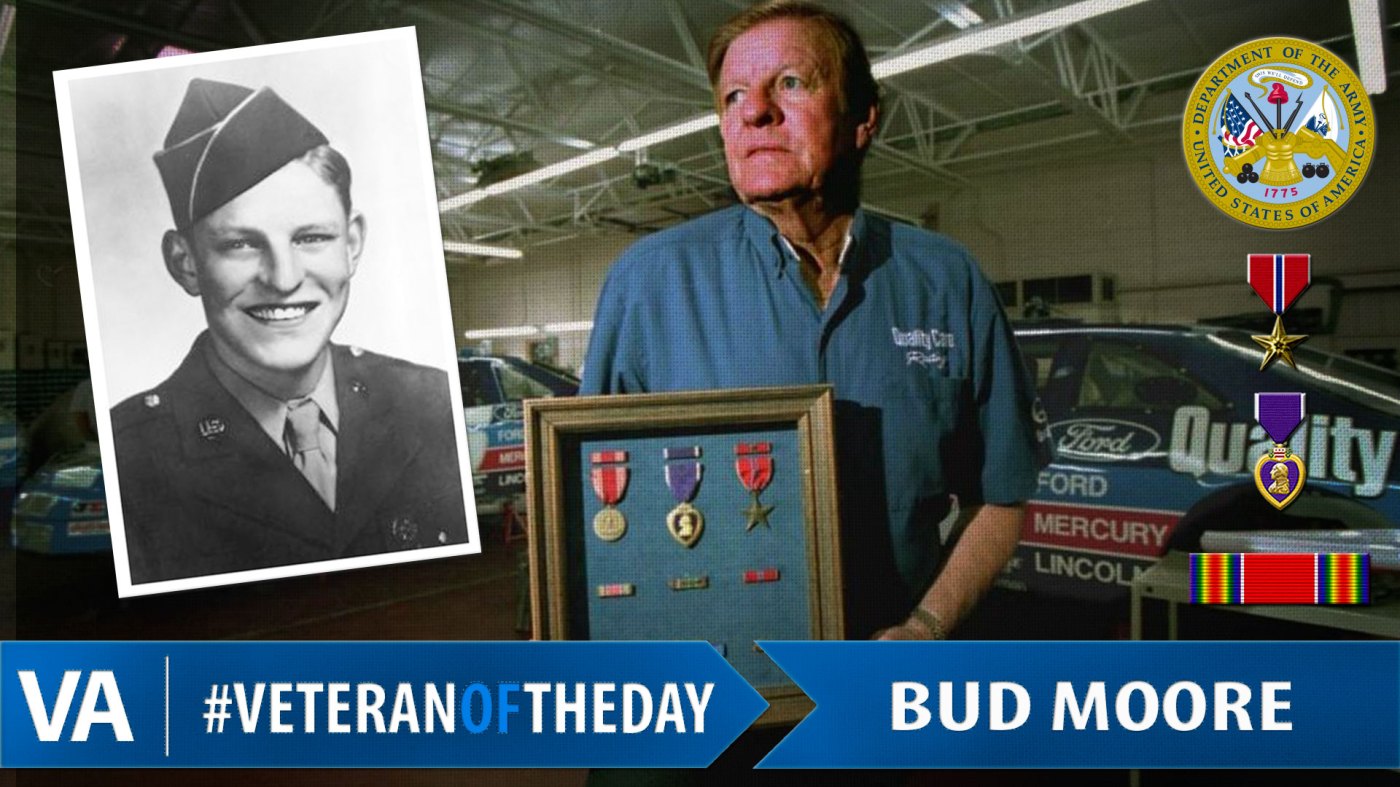 Bud was drafted into the military on June 2, 1943, just a day after graduating high school and a week after his 18th birthday. He joined the Army and was assigned to the 90th Infantry Division, D Company, 359th Infantry Regiment, 1st Battalion, 1st Platoon as a machine gunner. His division was sent to liberate Europe and landed on Utah Beach in France on D-Day. For his actions during the war, he was awarded five Purple Hearts and two Bronze Stars.

When he returned to the states after the war, he got involved in racing right at the beginning of NASCAR’s inception in 1948. In 1957, he won the Cup Series title as the crew chief for Buck Baker. He eventually became a car owner, and won 63 races and two championships from 1961-2000. He was one of the first 10 people  inducted into the NASCAR Hall of Fame in 2011.