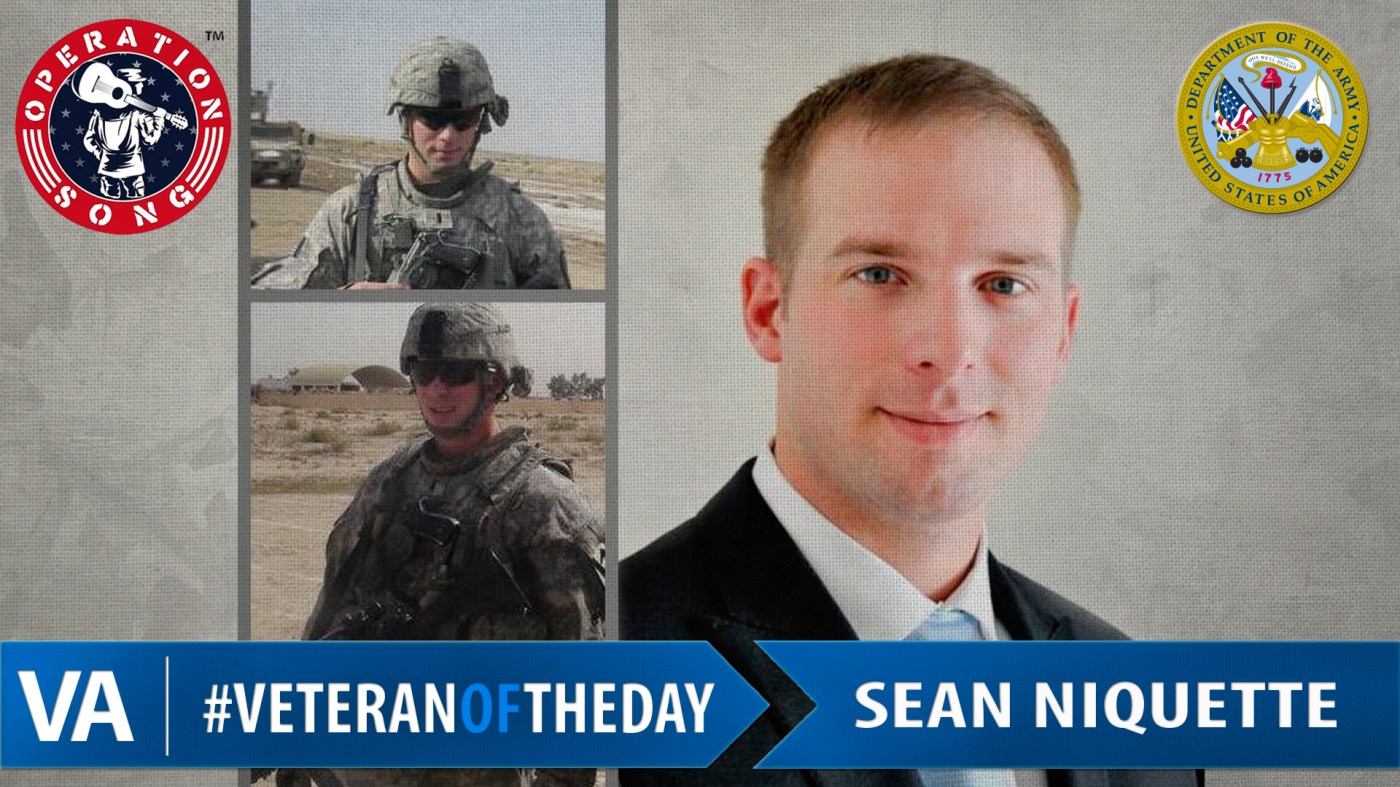 Today’s #VeteranOfTheDay is Army Veteran Sean Niquette who wrote the song “West Point to Arlington” with #OperationSong. Sean served during the Iraq War.

Sean was born in Texas and grew up in Montana, later graduating high school in Wisconsin. As a sophomore in high school, Sean saw the effects of the Sept. 11, 2001 attack and was motivated to serve his country. He pursued his decision and attended West Point. Sean was deployed to Iraq in 2011 to serve with the last unit in Iraq that year.

Years after his service, Sean found himself in Nashville working with Operation Song after spending time thinking about his friend, Andrew M. Petersen-Keel, who had been killed in Afghanistan in 2013. Sean notes that, “The tragedy there is enormous in a sense that you have this extremely bright, young American guy with a lot of potential and a lot to offer, and great intentions.”

He goes on to speak that Andrew’s death was tragic because it was by someone who didn’t understand or appreciate what the American troops were there to do. Sean used his proximity to Nashville and his song writing desire to contribute to Andrew’s legacy. He seized the opportunity to work with Operation Song after being referred by a friend.

Andrew was a couple years ahead of Sean at West Point and was his squad leader. He was a mentor, brother figure and friend to Sean. Sean was inspired to turn the loss into, “A source for how to live our lives better.” He recognized that it’s a personal journey for everyone. Sean’s goal was to highlight Andrew’s life and live out the opportunities that he unfortunately was not able to. In the song, Sean draws from Andrew’s impact on him and carries on his character through music. It also illustrates the impact Sean’s time in the military has on his life.

You can listen to the tribute here:

Sean now lives in New York with his wife and two daughters, who are the source of his satisfaction and purpose. He spends his time with them and enjoys watching them grow. Sean now works at a commercial bank helping businesses with their financial needs. He is also working on a book about the human experience of modern warfare, consisting of a macroscopic view of war rather than a biographical one.