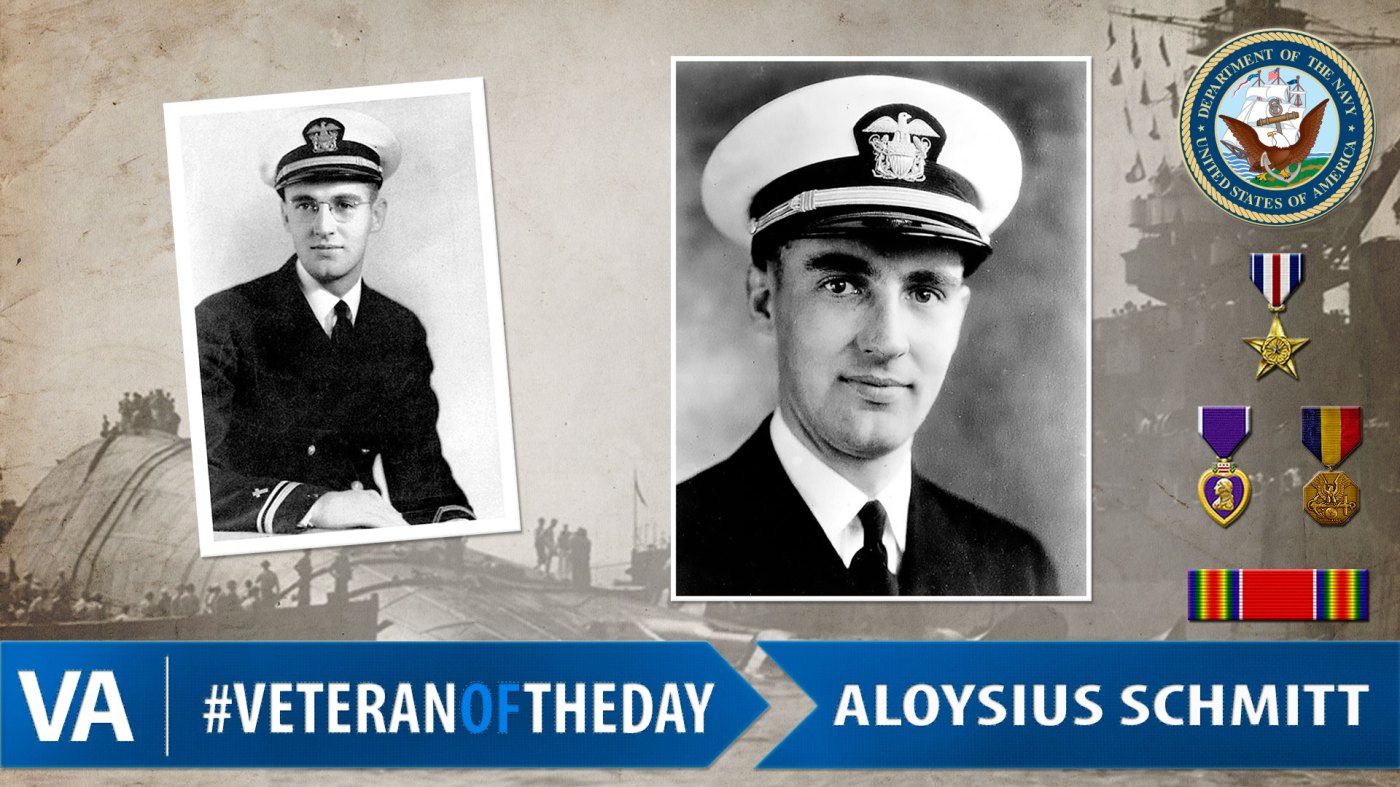 Father Aloysius H. Schmitt was a Roman Catholic priest of the Archdiocese of Dubuque, who served as a chaplain in the United States Navy at the beginning of World War II. He was appointed Acting Chaplain with rank of lieutenant junior grade on June 28, 1939.

On Sunday, December 7, 1941, Father Schmitt had just finished Mass aboard the USS Oklahoma when the Japanese attacked Pearl Harbor. He was hearing confessions when four torpedoes hit the port side of the ship. As the vessel started to capsize, the crew started to evacuate. Aloysius found himself in a compartment with a small porthole which afforded them a way escape. One by one, with Aloysius’ help, sailors were able to crawl through the porthole to safety.

When they were out safely, he struggled to crawl out of the porthole, even with the assistance from those who were already out. He noticed that others had come into the compartment from which he was trying to escape. He took a step back and helped others who could get through more easily to safety, urging them on with his blessing. In total, he helped 12 men escape.

More than 400 sailors on the USS Oklahoma lost their lives that day, including Aloysius. The loss was second only to the 1,100 lives lost on the USS Arizona. He was the first chaplain of any faith to die during World War II. His corroded chalice, with a cross etched in its base, and his waterlogged Latin prayer book were recovered from the wreckage months after the attack. His remains were originally buried in a cemetery in Hawaii and were marked “unknown.”

In 1942 U.S. Navy posthumously awarded him the Navy and Marine Corps Medal and the Purple Heart. The Navy later published a clearer definition of combat for award purposes, making Aloysius retroactively eligible for the Silver Star Medal, the military’s third-highest personal decoration for valor in combat. He will be awarded the Silver Star on December 7, 2017.

In 2015, the Department of Defense exhumed the remains of unknown service members, and in 2016 Aloysius’ remains were identified. He was buried inside Christ the King chapel in Iowa, which was built after the war as a memorial to him.