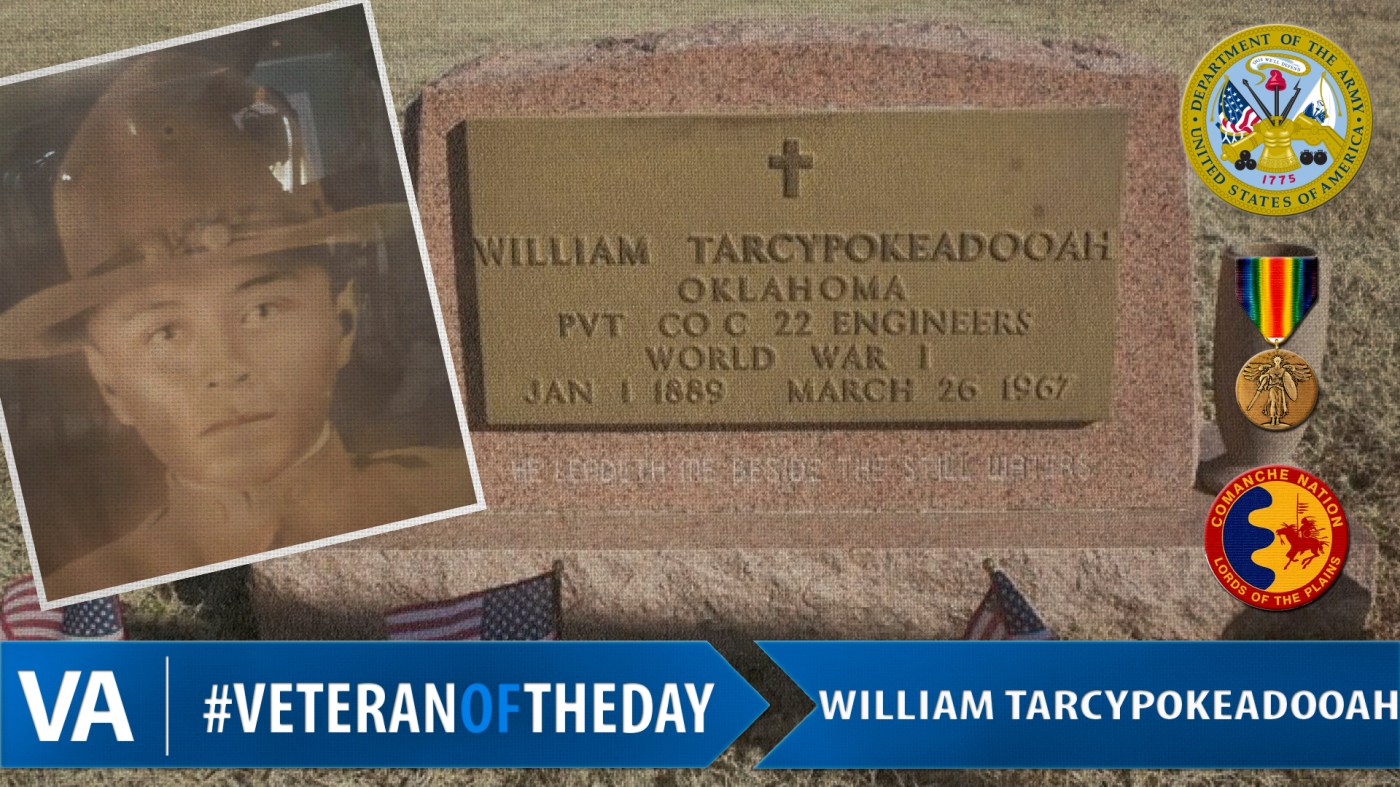 Today’s #VeteranOfTheDay is Army Veteran William C. Tarcypokeadooah. William served from 1918 to 1919 during World War I.

William was stationed in Brest, France, with the 22nd Engineers, First Army. He participated in the Battle of the Somme, the Battle of the Lys and the Meuse-Argonne offensive. After the Armistice was signed on Nov. 11, 1918, William remained in France to repair the destruction of the railroad system.