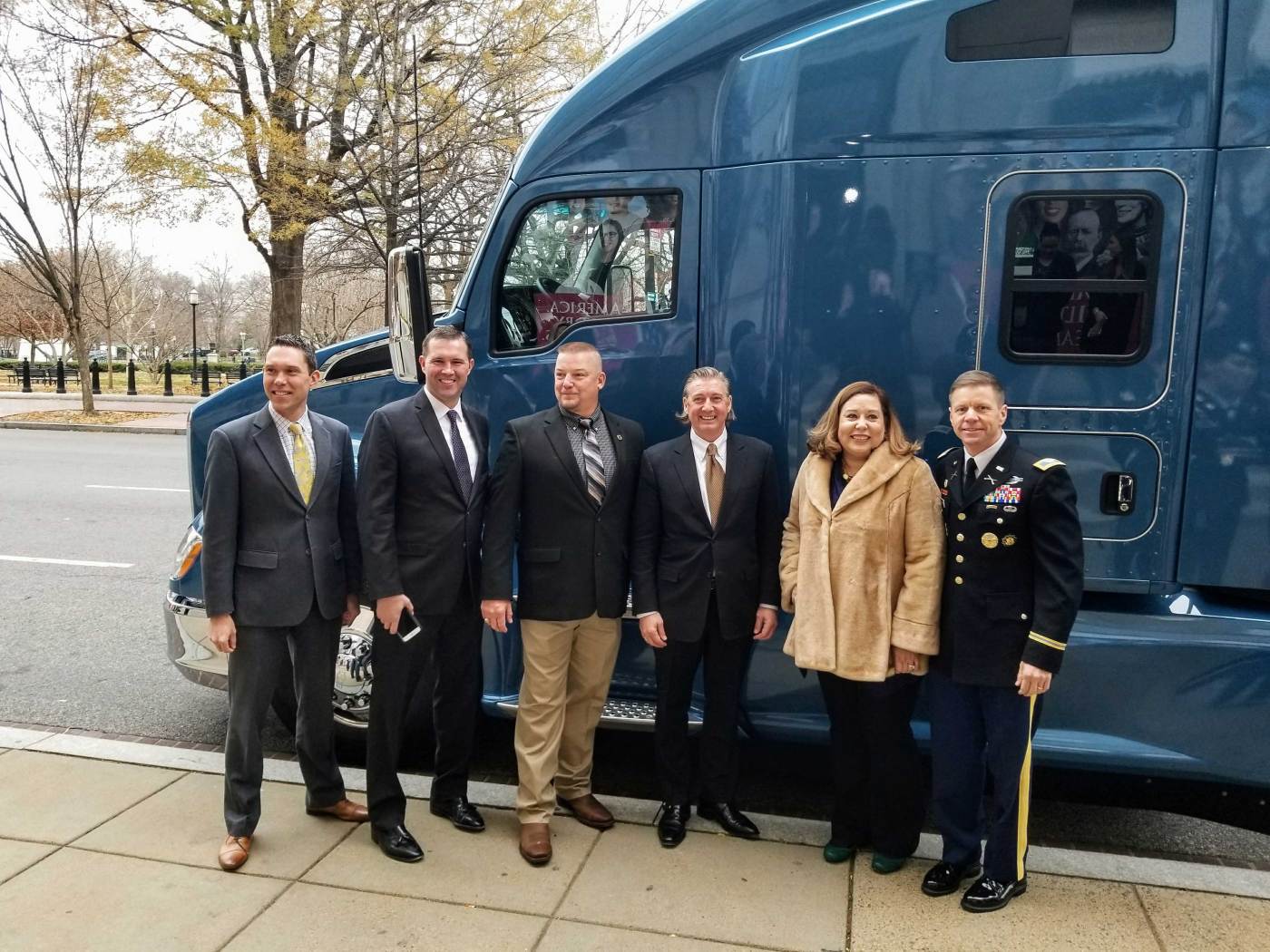 On Dec. 15, at a ceremony at the U.S. Chamber of Commerce in Washington, D.C, one skilled Veteran became this year’s recipient of the Transition Trucking: Driving for Excellence Award, which included keys to a fully-loaded Kenworth T680 truck.

VA regularly partners with the private sector, Soldier for Life, and the Chamber of Commerce to highlight options available to Veterans outside of 2- and 4-year degrees. Using the GI Bill for on-the-job-training has helped thousands of Veterans in the trucking industry, and Transition Trucking has helped to create more business owners to become economically successful.

December’s ceremony, presented by Hiring Our Heroes in partnership with Kenworth Trucking and FASTPORT, is the culmination of a multiyear initiative which marries skills attained through military training to civilian employment–a crucial link for transitioning Veterans that also benefits the economy.

When it was time to announce the winner, the three contenders made their way to the stage. The room erupted with battle cries spanning the branches. As the second and first runner-ups were announced, Softy realized he had been crowned the winner. Cheers from the crowd and smiles from Softy filled the U.S. Chamber of Commerce’s Hall of Flags ceremony room.

“Congratulations to the three finalists, and in particular to the winner, Lt. Col. (retired) Gregg Softy from the US Army, a Soldier for Life,” said retired Col. Adam Rocke, Vice President at FASTPORT. “All three represent the best that America has to offer with the skills and values they bring to the companies you represent.”

Softy, given the keys to his brand new truck, was able to ride away from Washington D.C.–with the White House in his rearview–as an owner-operator, and one ready to independently take on the economic world, one mile at a time. This opportunity was made possible by the generous investment and commitment from private companies coming together and placing a stake in a Veteran’s future, a bet with a proven track record for success.