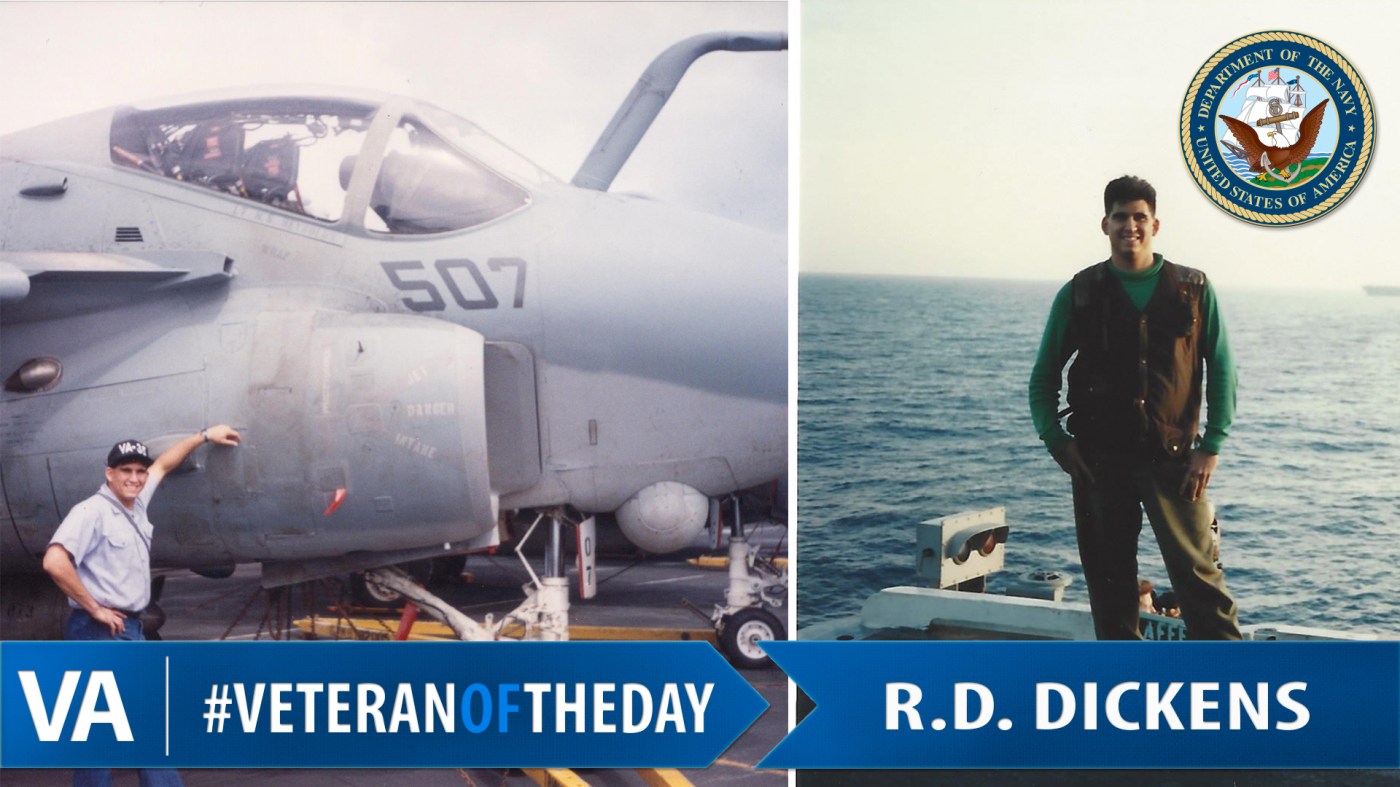 R.D. was born in Oklahoma City, Oklahoma, and he is a member of the Chickasaw Nation. He enlisted in the Navy and was stationed at Naval Air Station Oceana in Virginia Beach, Virginia, with the Attack Squadron 35. R.D. become a plane captain and was in charge of pre- and post-flight inspections of the A-6E Intruder aircraft. He deployed in support of Operation Deny Flight, which was a NATO led operation over Bosnia. His squadron was attached to the USS Saratoga CV-60 Air Wing during the operation. He currently works as a youth service director at the Southern Plains Tribal Health Board.

Thank you for your service, R.D.