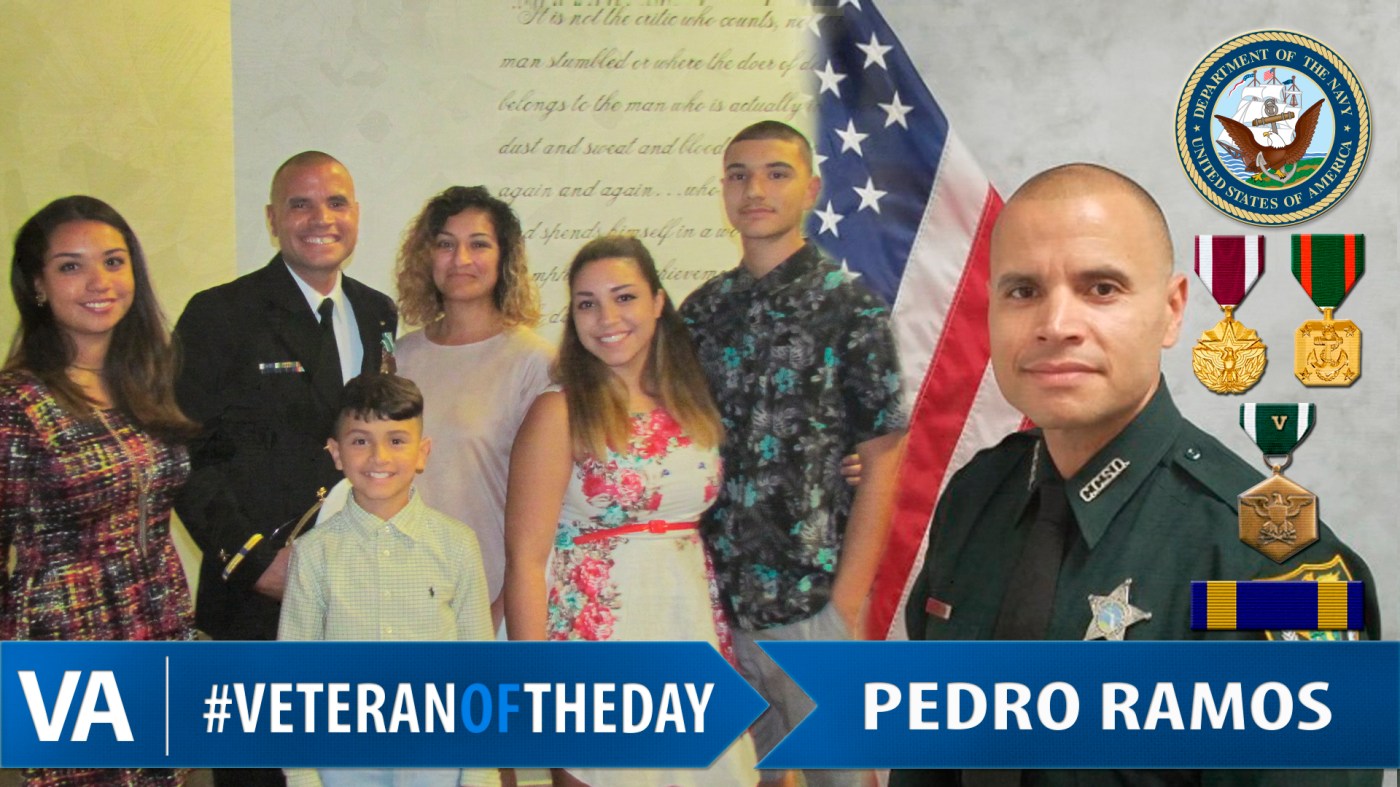 Pedro enlisted in 1995 as a cryptologic technician and served abroad various aircraft, submarines and surface ships. He began his career as a seaman recruit and retired as a chief warrant officer in April 2016. Pedro served several tours in Florida, Washington, Hawaii and Maryland in addition to combat tours.

During his career in the Navy, Pedro became a master training specialist, an information warfare officer, instructor and supervisor, where he excelled and gained the respect of his peers. For his service, Pedro was awarded the Meritorious Service Medal, the Air Medal, five Navy Commendation Medals, one with combat “V”, four Navy Achievement Medals and the 10th Fleet Meritorious Service Award.

After his career, Pedro wanted to continue serving his community. He attended the Law Enforcement Academy at St. Johns River State College where he graduated as the Medallion Award recipient. Pedro is currently a patrol deputy with the Clay County Sheriff’s Office. Pedro and his wife, Marisol, have four children together, Tiffany, Brianna, Christian and Anthony. Today, Pedro enjoys watching sports, relaxing with his family and coaching football, basketball and baseball.

Thank you for your service, Pedro!