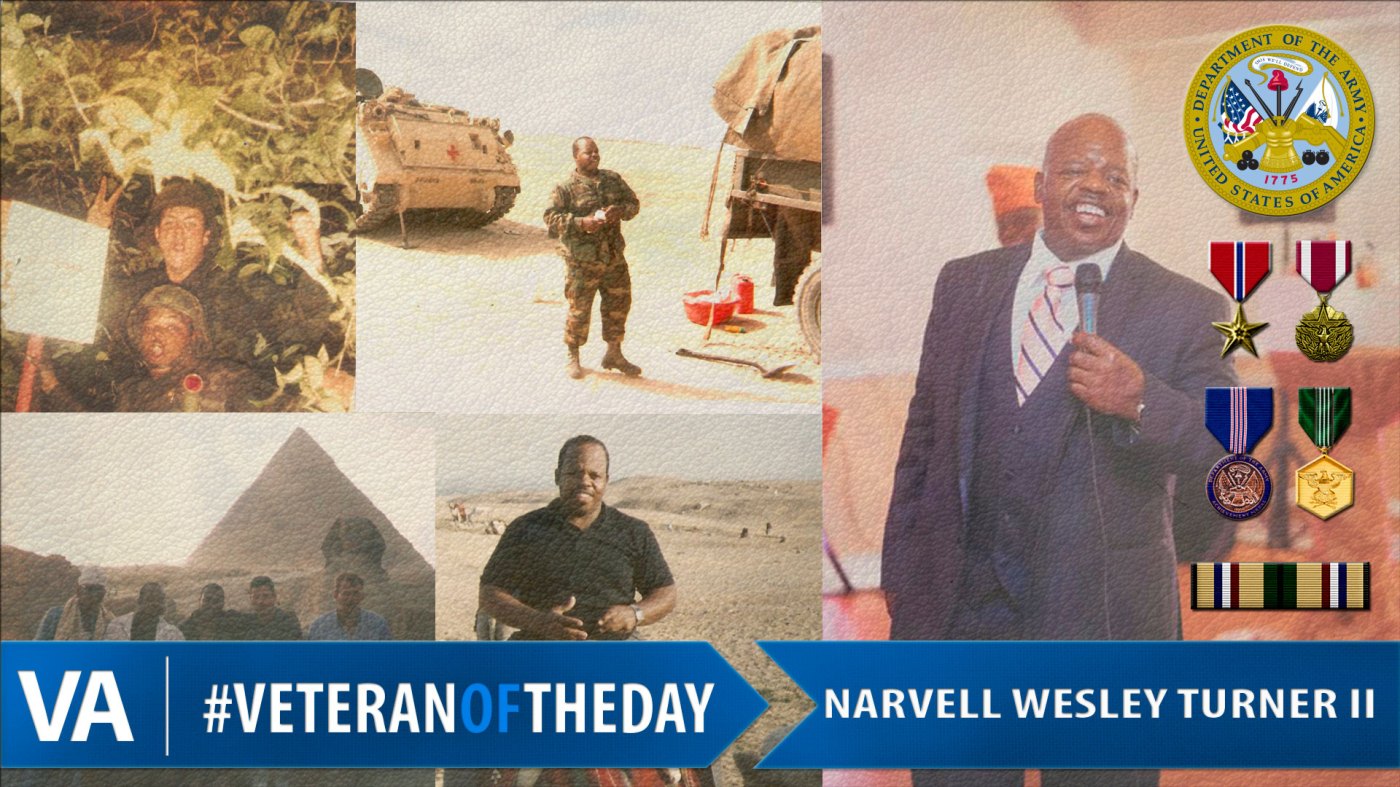 Narvell enlisted at 21 years old and followed in his family’s footsteps as a third-generation soldier. After completing basic training, he joined the 82nd Airborne Infantry Division and was stationed at Fort Bragg from 1979 to 1988. Narvell served as a brigade drug and alcohol counselor to serve the needs of his fellow soldiers and their families. Soon after, he and his family were stationed near Aschaffenburg, Germany. Narvell initiated the Battalion’s first combat lifesavers course and successfully graduated over 2,000 soldiers in a one year period. In 1990, he was deployed to Operation Desert Storm as a mechanized infantry medic. He was then reassigned to Fort Jackson, South Carolina. While serving at Fort Jackson Narvell deployed to Egypt where he worked as a combat medic. Upon returning to the United States, Narvell served as an instructor and advisor until his retirement in 1999.

Thank you for your service, Narvell!