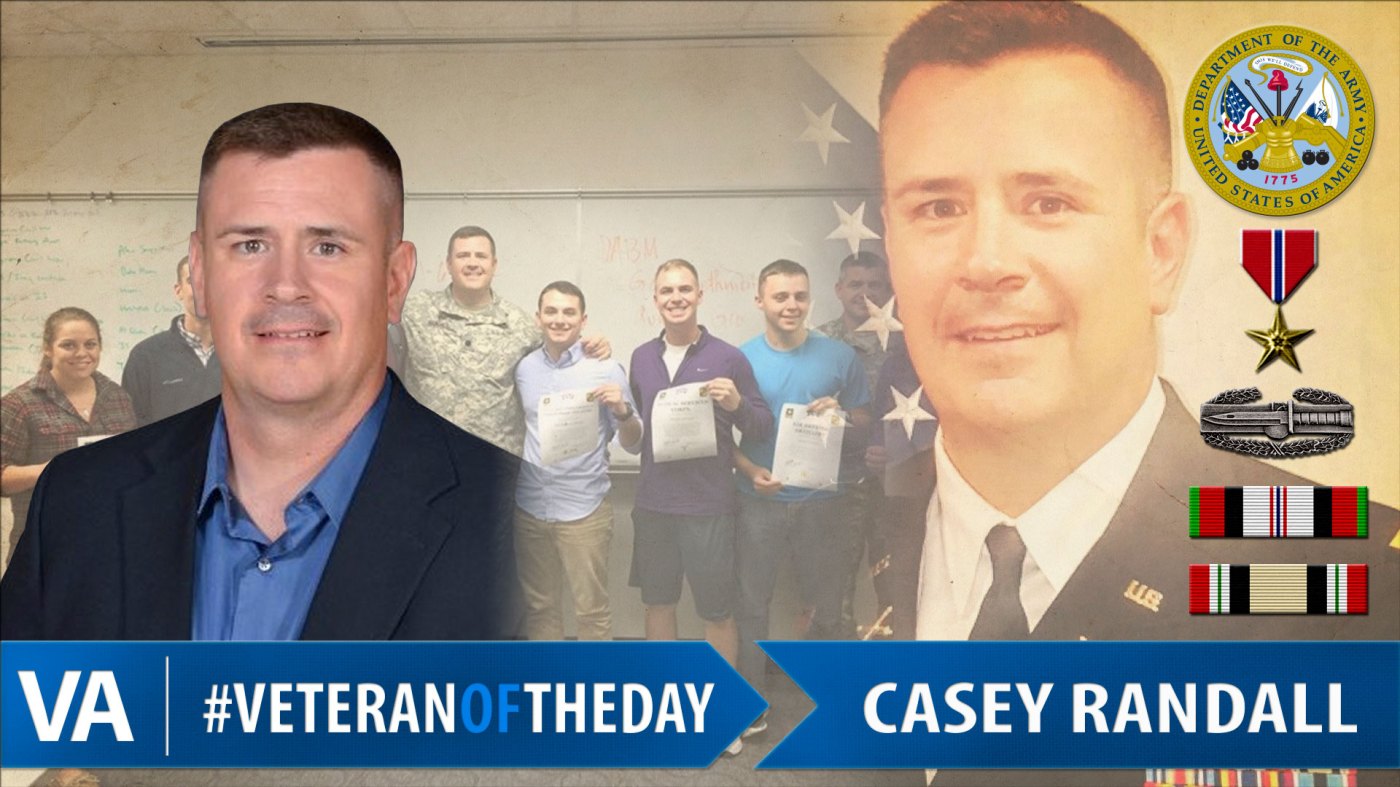 Today’s #VeteranOfTheDay is U.S. Army Veteran Casey Randall. Casey served from 1997 to 2017 as a field artillery officer and was deployed to Afghanistan and Iraq.

Casey earned commission as an Army officer in 1997. He served as a field artillery officer and held multiple leadership positions in Fort Campbell, Kentucky, Baumholder, Germany, West Point and Anchorage, Alaska. Casey was also deployed to Afghanistan and Iraq during his career. His final assignment was an ROTC professor at Texas Christian University in Fort Worth. Casey was tasked with overseeing cadet training for three different colleges while he earned an executive masters of business administration from TCU.

Casey retired from the military in 2017 after over two decades of service and now works as an operations manager for Amazon in Coppell, Texas. He received several awards for his service, including the Combat Action Badge and the Bronze Star with two oak leaf clusters. Casey and his family were featured in Oprah’s television series “Married to the Army: Alaska” in 2012.

Thank you for your service, Casey!