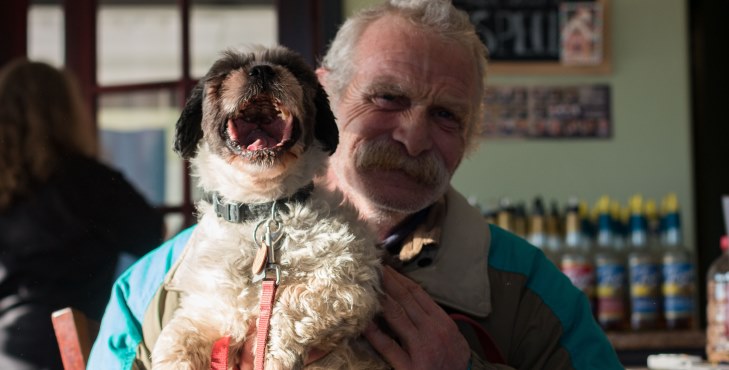 James Robinson didn’t have a home. He had a tent, a river and a flat rock.

“I could show you, but I don’t like showing people where I used to be because I might have to use that spot again. I was there for four years straight,” Robinson said. “I was safe there.”

He lived behind a Cabela’s on the wooded border of Washington State. Food was scarce but available, if he was willing to walk the 13 miles to Coeur d’Alene, Idaho.

“I got to eat every day, dinner every day and on Sunday I got three meals a day,” he said. “I got breakfast, lunch and dinner on Sunday.”

Robinson, who served in the National Guard from 1979 to 1988, said he took to isolation partially because he needed to sort out his mental health.

“You got to be alone. That’s how I describe it when I was by myself, because I didn’t know there was help for it, so I stayed alone to deal with it,” he said. “Then I started hearing voices, and then I started getting anxiety attacks, so now I’m on medication for those two things.”

“The Help Center is trying to get me away from the Help Center and into more socializing with people,” Robinson said. “Like this.”

St. Vincent de Paul collaborates with the Spokane VA Medical Center on mental health, disability and housing support services, though there can be gaps in the coverage.

That’s where his companion, Chocho, comes into play.

“I still hear the voices every now and then. It’s terrible. It really is. It’s really terrible,” he said. “(Chocho) knows when I’m through the process, and he gets on my lap and he licks my face, he licks my hand, or he just gets close to me. One of the three.”

Not everyone is so lucky to have Chocho and a local non-profit to help. He’s seen others struggle.

He now has a home, a couch, a bed, furniture and steady work. His primary source of safety, though, has four legs and is a little nippy with others.