Modernizing technology is paramount to better deliver care, benefits and services to Veterans 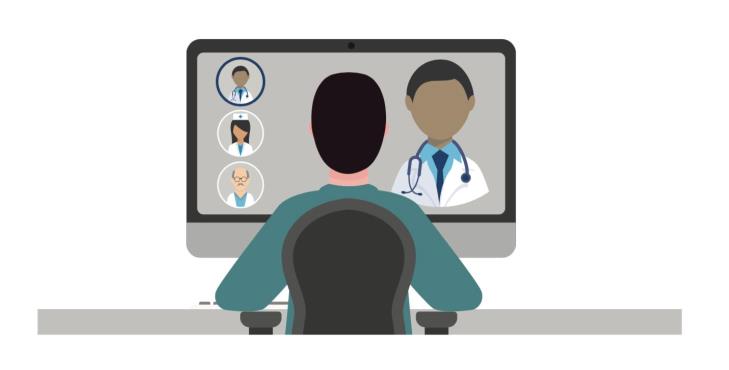 The following is an edited excerpt from the introduction to the Office of Information and Technology 2017 Year in Review.

As a Veteran and a public servant, I care deeply about VA—and not just because I work here. I receive my own health care and benefits from VA, and choosing to receive care at VA is a choice I am proud of. I believe in our mission and I believe in making VA the best choice for all Veterans. I understand the issues Veterans face, and I see how the Office of Information and Technology (OIT) impacts the care and benefits Veterans receive every day.

Back in 2016, I experienced the beginnings of OIT’s transformation and the impact it could have on Veteran care. I shattered my forearm in a biking accident and had to have emergency surgery. Before I could undergo the operation, I needed an appointment with my primary care team—the Orange Team at the Washington D.C. VA Medical Center—to sign off on the surgery.

I called to schedule an appointment and was told there were no openings until the following week, but I urgently needed an appointment in the next 48 hours. The scheduler made several phone calls, and, after I sent a secure message through MyHealtheVet to my primary care physician at 6 p.m. that evening, I had an appointment for 8 a.m. the next morning.

My first thought was, “Wow! Same-day access has arrived at the D.C. VAMC.” In truth, I was wrong. I was able to get an appointment because the scheduler and my primary care physician jumped through hoops to make it happen.

What if I hadn’t pushed for an appointment? Many Veterans would hear that nothing was available and hang up. What if the scheduler had been too busy to make additional calls? We should not put our clinicians in a position where they must work around the system instead of with it. They should not have to jump through hoops so that Veterans get the care they need.

This past year, Secretary Shulkin pledged a strong commitment to making VA work better for Veterans. That is a commitment I share, and I invite you take a few minutes to explore OIT’s 2017 Year in Review. It tells the story of partnership throughout VA to overcome difficult challenges as we began to modernize the technological backbone that enables our colleagues to deliver the care, benefits, and services our Veterans have earned.

Modernizing an agency of our size and geographic range is no easy task, but it is within our reach. Together, we will create an environment where Veterans choose VA—not because we might be the only option, but because we are the best at what we do.

Scott R. Blackburn is the executive in charge of VA’s Office of Information and Technology. Blackburn joined VA in November 2014, serving first as senior advisor to the secretary on transformation, then as executive director of a special task force to transform VA. He since served in numerous leadership positions including interim VA deputy secretary. Blackburn hails from a family with a strong tradition of military service. All four of his siblings are Veterans and he served in the Army from 1999 to 2003 as an Armor and Signals Corps officer. Mr. Blackburn’s a Veteran of Operation Enduring Freedom and Operation Anaconda in Afghanistan.