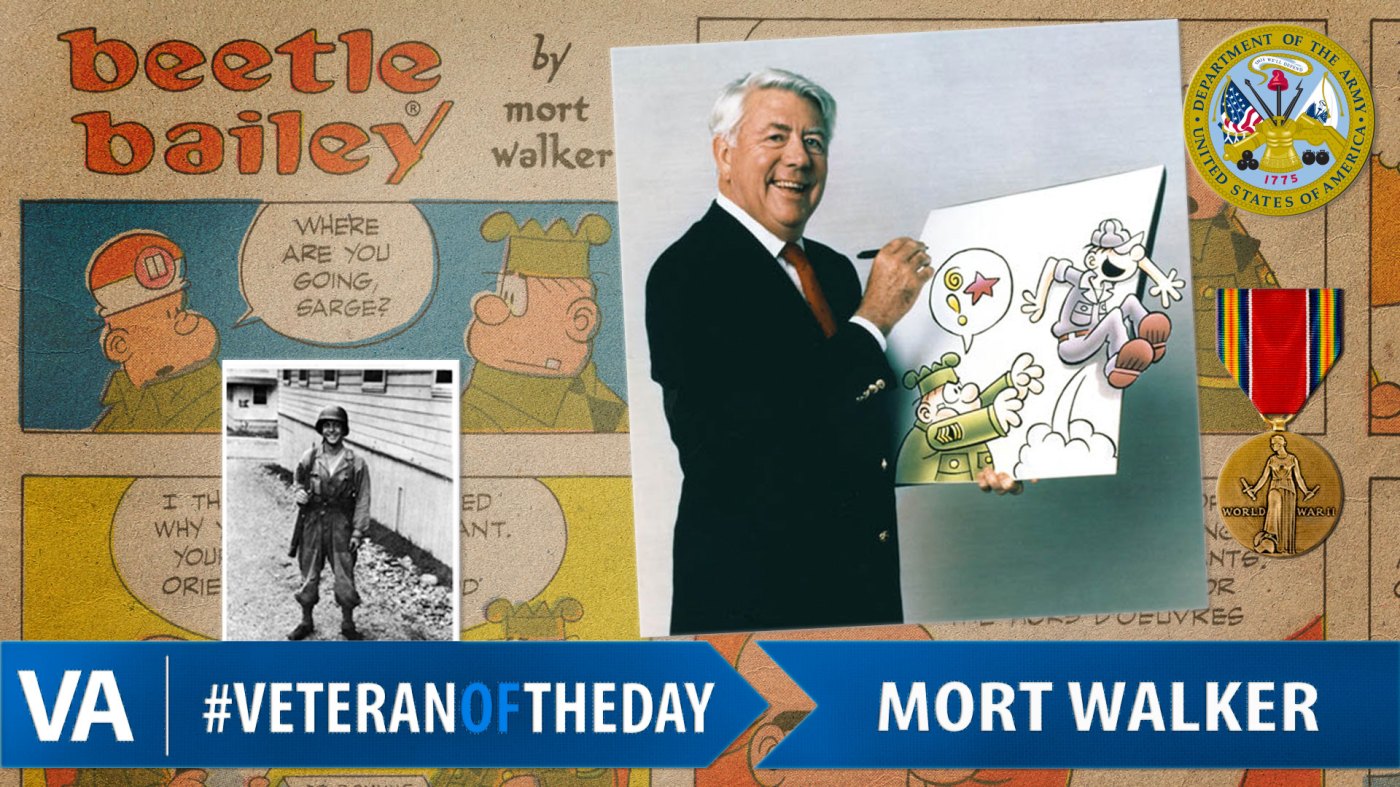 From a very young age, Mort knew exactly what he wanted to be when he grew up – a cartoonist. But unlike most people, he did not wait to grow up. By the age of 12, his work was appearing regularly in publications such as Flying Aces and Inside Detective magazines. And at 15, he would have his own comic strip in the Kansas City Star newspaper.

Three years later, in 1941, he landed an interview with the greeting card company Hall Brothers, now known as Hallmark. When asked what he thought about the cards, Mort simply replied, “they are lousy.”  The company apparently respected his frankness and hired him on as the chief editorial designer where he designed a line of cards based on humorous single-panel cartoons that would appeal to troops serving in World War II.

Mort would join the war effort two years later after being drafted in 1943. He served as an intelligence officer and is said to have helped supervise a prison camp for German POWs. After the war, Mort remained in Italy where he oversaw the destruction of military equipment until his discharge as a first lieutenant.

He returned to the states and enrolled at the University of Missouri where he would graduate the following year. He moved to New York to reignite his career as a cartoonist. One of his cartoons featured a college student named Beetle. The 1950 strip was not an immediate success and was on the chopping block.

With the Korean War ramping up, Mort decided that it was time for Beetle to enlist in the Army. The cartoon gained some popularity, but it would be the Tokyo edition of Stars and Stripes that would make it famous. Not for carrying the cartoon, but for banning it, as the paper feared the lazy private who constantly bucked authority set a bad example for real-life soldiers. The popularity of Beetle Bailey soared.  At its height, Beetle Bailey was seen by more than 200 million people daily.

In 1954, Beetle went home on furlough to visit his sister Lois and her husband Hi – creating the spin-off comic strip “Hi and Lois.”

Beetle Bailey would remain relevant in the coming decades tackling serious issues with humor. In 1970, Mort introduced Lt. Jack Flap the first black character. Some southern newspapers along with Stars and Stripes canceled the strip citing racial tension, but a 100 more publications picked it up. In 1997, he sent Gen. Halftrack to sensitivity training for his improper behavior toward the lovely Miss Buxley. From there on out, the general behaved in a professional manner.

Among the scores of awards bestowed upon Mort for his art and contributions to the military was an Army Certificate of Appreciation for Patriotic Civilian Service award in 1990 and in 2000 he received the Decoration for Distinguished Civilian Service, the highest award the secretary of the Army can bestow on a civilian. Mort was happy that the Army “finally found a sense of humor.”

Addison “Mort” Walker passed away Jan. 27, 2017, at the age of 94 at his home in in Stamford, Connecticut. We salute his service during World War II and that of his characters who have made us laugh for more than 65 years.

Army Veteran Veteran of the Day